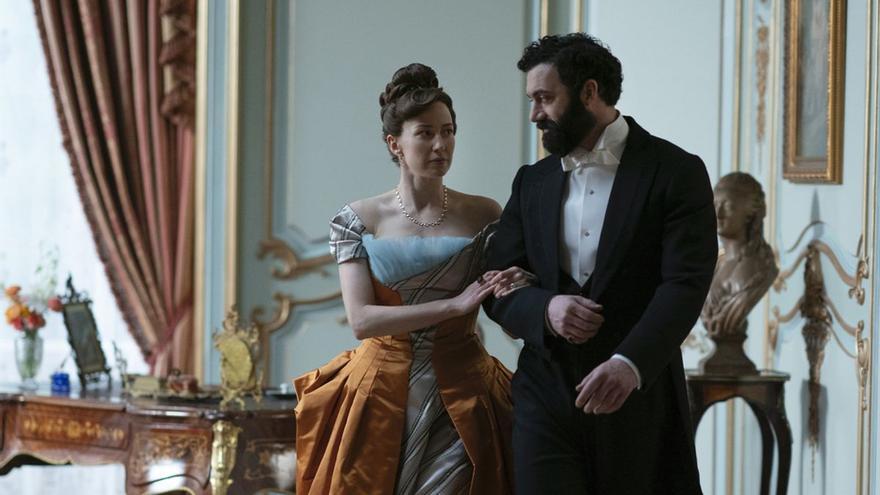 The first news about 'The golden age' refers to a time almost as distant like those late nineteenth century materialists. Announced as an NBC project ten years ago now, the series jumped to HBO in 2019; after, the pandemic hampered shooting plans and delayed its arrival on our screens. will finally be the Tuesday, the 25th, when its first episode can be seen on hbo max.

80 minutes of the first episode: the time that Julian Fellowes, creator of the cultural phenomenon 'Downton Abbey', has needed to present the infinite characters and the tangled plots of another clever soap opera about rich and less rich, social mores, power games, class anxiety, hypocrisy or betrayal. The stuff addictions are made of.

To explain 'The Golden Age' one could turn to the writer Edith Wharton, who in her novel 'The Age of Innocence', adapted for the cinema by Scorsese, knew how to wisely explore the contradictions of the wealthy classes of New York during the 1870s. But perhaps the most effective is to say: 'Downton Abbey', but in New York.

The dawn of capitalism

Louisa Jacobson (daughter of meryl streep) leads the large cast as Marian Brook, a young woman from rural Pennsylvania who, after the death of her father, moves to New York to live with her aunts, lifelong wealthy Agnes van Rhijn (Christine Baranski) and rich in affection Ada Brook (Cynthia Nixon). After losing her bag, she manages to get there thanks to the kindness of Peggy Scott (Denée Benton), a young black woman who aspires to become a writer, if prevailing racial prejudice allows her to.

Sooner than later, Marian will be caught up in a social war between the old bourgeoisie and some 'nouveaux riche' Represented by railway tycoon George Russell (Morgan Spector) and his careerist wife Bertha (Carrie Coon), who have just built a palace for themselves and their children Gladys (Taissa Farmiga) and Larry (Harry Richardson) across from where Agnes and Ada, on the corner of 61st and Central Park.

As a good Fellowes creation, this is not only about the rich, but also about the service: the central duality of the classic 'Upstairs and Downstairs', an avowed inspiration for 'Downton'. We will know everything about the Van Rhijns and the Russells, but surely also about their butlers, Bannister (Simon Jones) and Church (Jack Gilpin, father of Betty Gilpin), as well as their important teams. At least in the first episode, Fellowes goes up and down between social levels without rest.

'The Golden Age' has already been skilfully renamed by James Poniewozik (TV critic for the 'New York Times') as 'Uptown Abbey', but in an interview with 'Drama Quarterly', its creator was keen to highlight at least one difference: " 'Downton' dramatized what was destined to be the decline in power of the British upper classes, while in 'The golden age', those classes are going from strength to strength. In fact, they haven't even reached their golden years, and that just seems like a different and fun dynamic to tackle." Definitely yes.