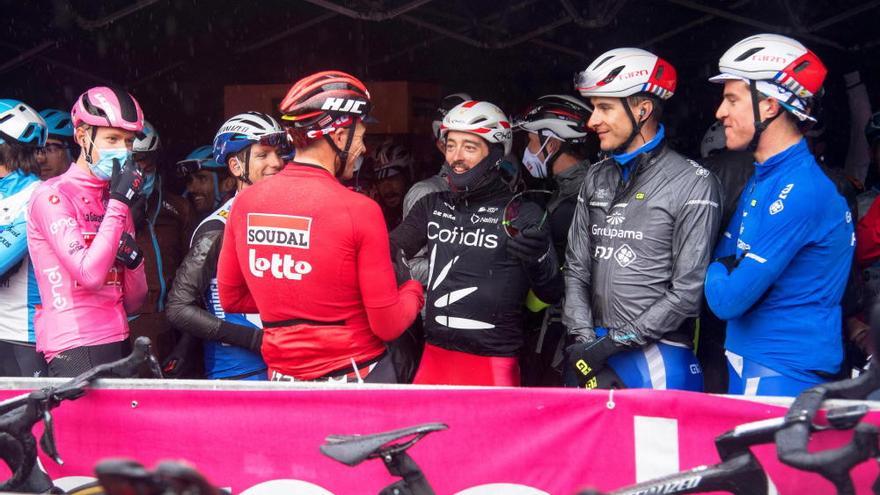 When the Turn left Palermo, just three weeks ago, a series of names of cyclists were cited as favorites. There was talk of Geraint thomas, as the main candidate, and the Welsh runner, winner of the Tour In 2019, he crashed in the second stage and no longer started in the third. Simon Yates, the winner of the return of 2018, but it was found bad, a PCR test was performed and it tested positive for covid-19. And, to top it off, the great idol of the local fans, Vincenzo Nibali, he has never found the pedaling rhythm necessary to aspire to victory, the one he has already achieved in the big three.

And, now, there are, above all, two contenders for the final victory who arrived in Italy as gregarious of their teams but who are the top favorites to play your luck with ‘pink jersey’, always with permission from Wilco Kelderman, the only one of the favorites in Sicily, who has not only endured in the fight for the general classification, but is now leading the classification, although with the feeling that the last battle in the Alps could be make very long. He did not give any security in the Stelvio and he took off the duel that the two strongest of the race starred in, Jai Hindley and Tao Geoghegan Hart, which should be the top two favorites for the final victory at the Giro.

Pello Bilbao, for the podium

But, neither, we must not forget, far from it, a runner who arrived at the Giro without making noise, almost in silence, a cyclist who signed up for the test at the last minute, which is called Pello Bilbao and that he has the podium of the Italian round at his fingertips, especially depending on the performance he has Kelderman in Sestriere, where the penultimate stage of the test ends.

Everything is in the air and above all pending the tactical resolution that resolves the Sunweb, the team where Kelderman and Hindley run, because in the Ineos de Tao or in the Bahrain of Bilbao they have it clear; all will work for their only leader. But Kelderman’s doubts on the Stelvio stage make the German squad wonder if it is better to bet on the Dutch cyclist or work hard with Hindley, who can also be censured if he has done everything necessary to help Kelderman, in your leader of the ranks began, but Nor is it acceptable that Sunweb miss the chance to win the Giro with the strongest rider aimed at their ranks.

A time trial to finish

And as if that were not enough, in case the three ascents to Sestriere this Saturday do not make the general of the Giro clear and if the final sentence is still missing, the Giro does not end on Sunday with the classic stage in which the glasses are raised to toast for the victory and is resolved in the sprinters final sprint who have overcome the mountain. Not much less, on Sunday a 15.7-kilometer time trial through the streets of Milan remains in the race script.

The last alpine point will be reached this Saturday after a stage, which initially had 253 kilometers but which caused a crowd of cyclists. It was the longest day of the 2020 Giro and at the start it rained heavily. The runners they did not want to, under these conditions. face the stage, what was cut by more than half to finish allowing the arrival of the escape, where the Checho Josep Cerny was going, winner in Asti, 58 kilometers from Turin.

They propose to fine Valencia with 2.36 million euros

Buffon will continue playing until the age of 44