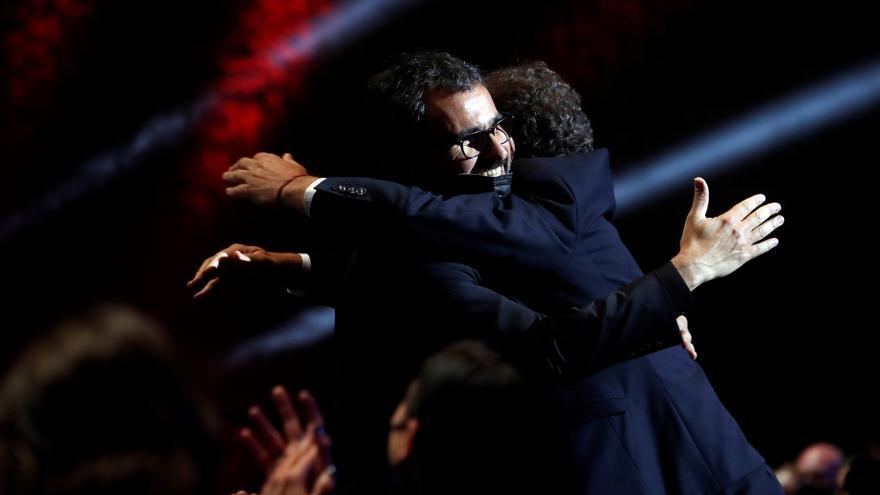 Barcelona, ​​Mar 21 (EFE) .- “The girls”, a debut by the Aragonese filmmaker Pilar Palomero, with the most important awards, and “La vampira de Barcelona”, Lluís Danés’s first feature film, with five statuettes, have been the winners of an atypical gala and, nevertheless, in person, of the XIII Gaudí Awards for Catalan cinema.

The Catalan film festival, this year marked by the pandemic, with 700 people in the Forum auditorium, all wearing a mask and on an afternoon-night schedule to avoid the curfew, has also joined the newcomer Núria Giménez Lorang , which has won with “My Mexican Bretzel” the Gaudí for Best Documentary, Best Screenplay and Best Editing.

In a dizzying ceremony, without a presenter, there have been protest moments such as those starring the president of the Catalan Film Academy, Isona Passola, the winner of the Gaudí de Honor, Carme Elías, or the team of the telefilm “La mort de Guillem”, who have vindicated freedom of expression, or other interventions by the artists who delivered Gaudís, such as Leticia Dolera, with allusions to evictions.

The funniest passages have been starred by Andreu Buenafuente in a “homage monologue” to Pepe Rubianes, by Candela Peña when Gaudí picked up the best actress by joking that “so Movistar will know that I do something more than the judge Candela Montes” of the television series “Hierro”, or the shocking start of the gala, with a Josep Maria Mainat collapsing on stage.

As happened with the Goya, Pilar Palomero has collected statuettes with “The girls”, in which she shared her experiences and memories as a student of a religious school in Zaragoza.

In addition to “My Mexican Bretzel”, in the evening other documentaries have been favored by academics: Niño de Elche has won the Gaudí Award for Best Original Music for “Niños Somos todos”, by Sergi Cameron, who follows the artist in a trip to Bolivia that helped him to experience new processes of musical creation.

With 54% of nominative candidacies for professional women, the awards have followed the trend, rewarding twelve women compared to ten men, while there have been recognitions to women in traditionally masculinized categories such as the photography award, which has gone to Daniela Cajías -also winner of the Goya- for “The Girls”.

In the interpretive section, the Catalan Film Academy has recognized the luminous work of Candela Peña in “Rosa’s Wedding”, by Icíar Bollaín, a chronicle of an empowerment carried to its last consequences, in which it is her second Gaudí after the achieved with “A gun in each hand.”

Verónica Echegui also repeats as the winner, and after “Katmandu, a mirror in the sky” she has now obtained the Gaudí for best supporting actress for her visceral character in the tragic “La ofrenda”, by Ventura Durall.

The Gaudí have also consecrated the career of Carlos Marques-Marcet, winner of the Gaudí award for best television film for “La mort de Guillem”, with which the collection of statuettes continues to increase, after those obtained by the feature films “10,000 Km “,” Tierra firme “and” The days to come “and the telefilm” 13 dies d’octubre “.

In “La mort de Guillem” he recalls the case of Guillem Aguiló, a symbol of antifascism, a young 18-year-old Valencian assassinated by a group of neo-Nazis for his anti-racist, pro-independence and anti-fascist militancy. The also awarded short film “Ni oblit ni perdó”, by Jordi Boquet Claramunt, evokes the same case.

Both films connect with the committed cinema that British filmmaker Ken Loach has always treasured, winner of the Gaudí award for best European film for “Sorry we missed you”, in which he offers his particular look at the day-to-day life of a worker who fights against job insecurity as a delivery man.

One of the most emotional moments of the gala has come with the Gaudí of Honor, which Carme Elías has collected from the hands of Vicky Peña, her partner in the function “Què va passar amb Bette Davis and Joan Crawford ?.

In the audience, in addition to the artists, there were the acting vice president of the Government, Pere Aragonès, the president of the Parliament, Laura Borràs, the mayor of Barcelona Ada Colau, the councilor for Culture, Àngels Ponsa, or the Director General of the Cinematography Institute and Visual Arts from the Ministry of Culture, Beatriz Navas, all with the black mask provided by the Academy.