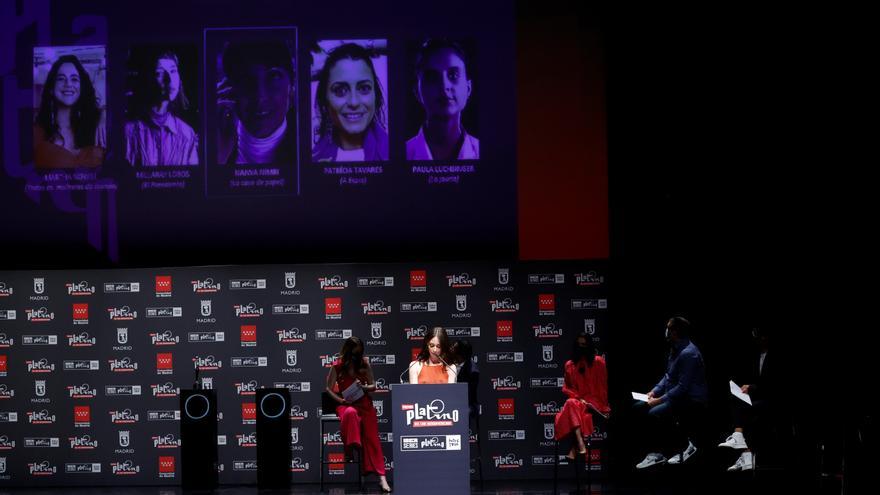 Madrid, Jun 11 (EFE) .- The film "Las chicas" by Pilar Palomero and the series "Antidisturbios" by Rodrigo Sorogoyen and Isabel Peña lead the list of Spanish applicants for the VIII Ibero-American Platinum Awards, with six nominations each. The organizers announced today at an event in Madrid.

In addition, the Colombian production "The forgetfulness that we will be", with Spanish director and protagonist, Fernando Trueba and Javier Cámara, brings together eight nominations in total, including best film, director and leading actor, in these awards granted by the rights management entity EGEDA and the Ibero-American audiovisual federation FIPCA.

In a ceremony prior to the final nominations, today 20 shortlisted by category (141 productions in total) were announced at the Madrid Canal Theaters with the presence of the president of the Community, Isabel Díaz Ayuso, the mayor José Luis Martínez Almeida, the president of EGEDA Enrique Cerezo and the president of FIPCA, Adrián Solar.

Among the Spanish applicants there are also "Adú" and "Rosa's wedding", for which Salvador Calvo and Icíar Bollaín opt for the best direction and among the actors with the possibility of a prize, Candela Peña ("Rosa's wedding") and Patricia López Arnáiz ("Ane"), Javier Cámara twice ("Sentimental" and "The forgetfulness that we will be") and Mario Casas ("You will not kill).

In the case of supporting actors and actresses, which the Platino recognize for the first time, they choose Nathalie Poza ("Rosa's wedding") and Verónica Echegui ("Explodes Explodes"), Alberto San Juan ("Sentimental") and Juan Diego Botto ("The Europeans").

In the series section are "Anti-riot", "La casa de papel" by Álex Pina, "Patria" by Aitor Gabilondo and "Vamos Juan", and in best series creator, in addition to the first three, Álex de la Iglesia for "30 coins".

As for the supporting actors, they are pre-classified Bárbara Lennie ("The disorder you leave"), Ester Expósito ("Someone has to die"), Najwa Nimri ("The paper house"), Loreto Mauleón and Susana Abaitua (" Homeland"); Ernesto Alterio ("Someone has to die"), Manolo Solo ("30 Coins"), Patrick Criado ("Anti-riot") and Rodrigo de la Serna ("The paper house").

During the event, the alliance between EGEDA and Grupo Secuoya was also presented for the celebration of Iberseries Platino Industria, in Matadero Madrid between September 27 and October 1, 2021.

It will be a meeting aimed at professionals to analyze the challenges of the sector, with a market area and master classes, and also the public, with film premieres and series that will turn Madrid's Gran Vía into "the great red carpet of the world". said Raúl Berdonés, executive president of Secuoya

Berdonés has indicated that the main international platforms, televisions and creators will be present and that the event aspires to be a world reference taking advantage of "the sweetest moment in the history of Spanish audiovisuals".

In addition, Ayuso and Martínez Almeida received during the event two special Platinum awards for their collaboration and support of the awards of the Ibero-American industry.