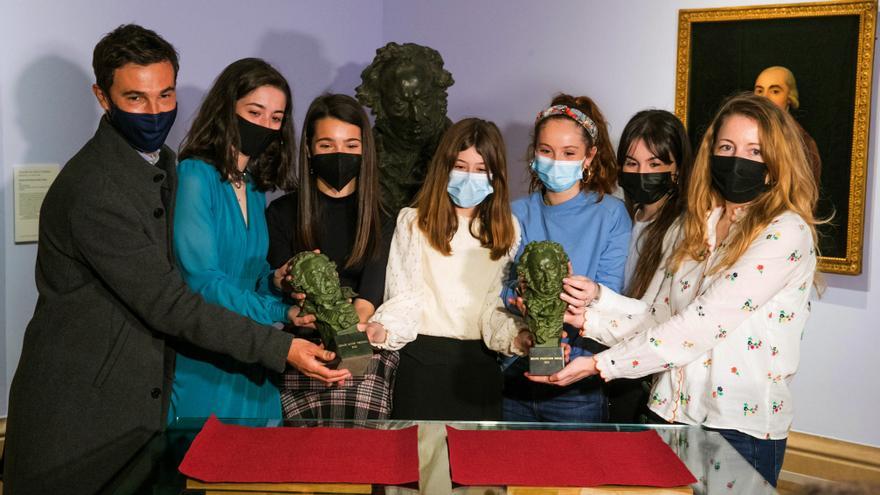 Madrid, May 6 (EFE) .- “The girls” by Pilar Palomero, with six nominations, “Akelarre” by Pablo Agüero (5), “Adú” by Salvador Calvo (4) and “Rosa’s wedding” by Icíar Bollaín (4) top the list of Spanish films shortlisted for the eighth edition of the Ibero-American Platinum Awards to be held in person in October.

In the television series section, which will include a new award for the best series creator, the main Spanish candidates are “Anti-riot” (6), “La casa de papel” (5) and “Patria” (5) The organizers, the Spanish rights management entity EGEDA and the Ibero-American audiovisual federation FIPCA announced today.

Patricia López Arnáiz (“Ane”), Candela Peña (“Rosa’s wedding”), Mario Casas (“You will not kill”) and Javier Cámara (“Sentimental”) compete for the award for best actor or film actress, and in The shortlisted series are Hovik Keuchkerian, Raúl Arévalo and Vicky Luengo for “Anti-riot”, Inma Cuesta for “The disorder you leave”, Álvaro Morte for “La casa de papel”, Elena Irureta for “Patria”, Daniela Santiago for “Veneno” and Eduard Fernández for “30 coins”.

The ceremony, whose venue will be announced in the “coming weeks”, will take place the first weekend of October and will be broadcast by cable TNT for Latin America and by the main free-to-air televisions of the 23 Ibero-American countries.

The directors of the awards announced today the list of the 165 shortlisted productions – long fiction, animation and documentary films and fiction series – from 23 countries that aspire to be among the 20 candidates for nominations by category, which will be made public at the end of the month of May.

It will be at the end of June when the four finalists in each section are announced.

Despite the pandemic, which forced the last Platino edition to be held electronically, the number of Ibero-American productions released in 2020 and registered in the awards has only decreased by 24%, to a total of 677.

The Puerto Rican “Trail of Ashes”, directed by Arturo Lizardi, starts as a favorite with 14 pre-nominations, followed by the Paraguayan film “Matar a un muerto” by Hugo Giménez, with nomination options in thirteen categories.

With twelve preselections are the Costa Rican “Days of Light”, of collective authorship, the Dominican “Malpaso”, by Héctor Valdez, the Guatemalan “Our mothers”, made by César Dííaz, the Colombian “The forgetfulness that we will be” directed by Fernando Trueba and the Venezuelan “Voy por ti”, by Carmen La Roche.

The difference in the number of shortlisted films per country is minimal. Mexico leads the list with 8%, followed closely by Argentina, Brazil, Chile, Spain and Portugal, all of them with 7%.

Two other newly created awards are the best actors and actresses in the film distribution, to which Verónica Echegui, Nathalie Poza, Juan Diego Botto and Alberto San Juan opt for the Spanish side.