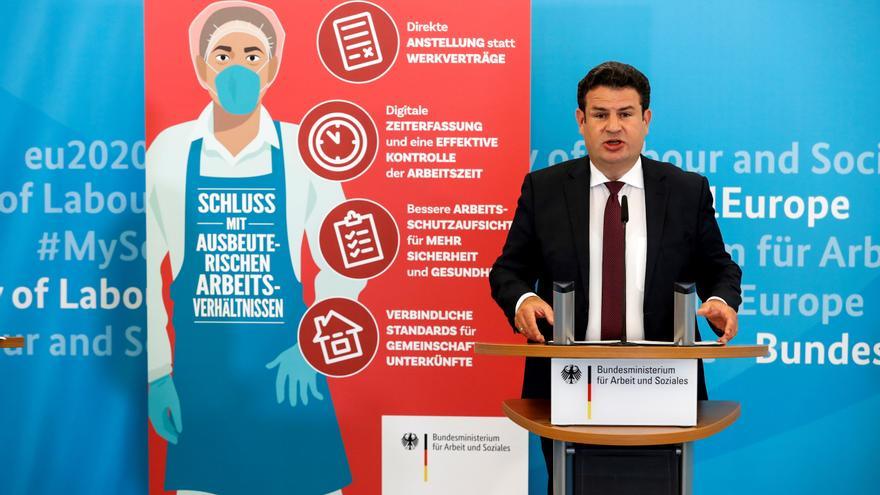 "The history of work is also a history of the reduction of work." A few days ago readers of the conservative newspaper and little friend of German progressivism were confronted with that phrase Frankfurter Allgemeine Zeitung. The article that contained that statement was titled an eloquent question: "Work only four days?"

That this newspaper, considered one of the bastions of Teutonic ordoliberalism, dedicates its pages to asking that question, shows the path that the idea of ​​reducing the working week to four working days is taking in Chancellor Angela Merkel's country. A couple of weeks ago, it was put on the table by the deputy and co-president of Die Linke, Katja Kipping.

She has defended the proposal as "a realistic utopia" that for many may sound more like reality. Above all, because the main and influential German industry union, IG-Metall, also supports this job reduction. In addition, these days economists, managers of the business world and even the German Government have been heard defending the four-day week, which a few days ago agreed to extend the mechanism of the kurzarbeit, the equivalent of the Spanish ERTE, to stop the destruction of jobs due to the coronavirus crisis.

In times of a pandemic, Kipping's most powerful argument is probably that a shorter work week is ultimately a public health issue. In his opinion, it would help to break with a dynamic face that is little talked about in the German labor market. "The average duration of sick leave due to stress-related ailments is three times higher than that of other diseases," according to the leader of Die Linke, who has argued that in sectors such as new technologies the reduction of the working week is not utopian at all.

Kipping has cited the example of the US firm Microsoft, which has recorded the experience of putting its workers four-day workweeks to see the productivity of its employees grow "almost 40%". But the reduction in weekly work goes beyond the IT sector. Otherwise IG-Metall would not have come out in favor of the idea.

Jörg Hofmann, president of that union, pointed out in a recent interview with the Süddeutsche Zeitung that working less has more benefits than those related to public health or increased productivity. "The four-day week would be the answer to the structural change in sectors such as the automobile industry," according to Hofmann.

He thus alludes to the difficult situation in which the strategic German automotive sector finds itself, now hit by the COVID-19 crisis but, above all, by what appears to be the inexorable electric future of mobility. In this context, there are already companies, as the German carmaker Daimler consortium, in which the idea of ​​reducing working time to save jobs is being applied.

For Hofmann, reducing weekly working time has a lot to do with job protection. "The transformation should not lead to layoffs, but to good work for all. In this sense, industrial jobs can be kept rather than eliminated," according to the president of IG-Metall.

Economists and businessmen, in favor

Several economists have taken advantage of the debate to point out that this proposal does not consist of a "reverie", a term used, for example, by the weekly Der sppiegel. The economist Heinz-Josef Bontrup, emeritus professor at the University of Gelsenkirchen, also stressed in a recent interview with the Frankfurter Rundschau that "there are enough studies that prove that those who work less are more productive."

Voices in favor of the convenience of the four-day week have also been heard from the German Institute for Economic Research (DIW). Its president, Marcel Ftatzscher, has been heard to speak in favor, although also pointing out that the idea would only make sense if it is accepted to charge less and not the same for less work time.

Many remember these days that, in the 1990s, the car manufacturer Volkswagen, to face the crisis it was suffering then, managed to secure jobs by reducing working weeks to 28.8 hours. Perhaps in view of experiences like that, there are already employer associations that welcome the idea.

An example is the Bavarian Association of the Electrical and Metal Industry (VBM), whose president, Bertram Brossardt, even seems to approve of the idea. "Everything that ensures employment is fine," Brossard recently told the economic daily Handelsblatt. ! A salary reduction that is in line with working hours helps companies maintain liquidity, "according to Brossardt.

Maintaining liquidity in companies has been one of the priorities of the 'grand coalition' executive led by conservative Chancellor Angela Merkel. That is one of the objectives of the Fund for the Stabilization of the Economy, endowed with 600,000 million euros and one of the initiatives launched by the German Government to deal with the crisis of COVID-19.

Avoiding an unsustainable increase in unemployment is another of the priorities of Merkel and company in this crisis. Perhaps for this very reason, even the Minister of Labor and Social Affairs, the Social Democrat Hubertus Heil, has spoken out in favor of the idea of Die linke and IG-Metall.

"The reduction of working time with partial salary compensation can be a reasonable measure if the social actors agree on it," Heil told the media group. Funken Mediengruppe.

In his view, it is not that the reduction of working time belongs to a "utopia" or that it is a "dream". In these times of economic slowdown due to coronavirus, this proposal seems to have a place among the "pragmatic and good measures that are needed to get out of the crisis together."

Cepsa extends its fuel discount until the end of the year