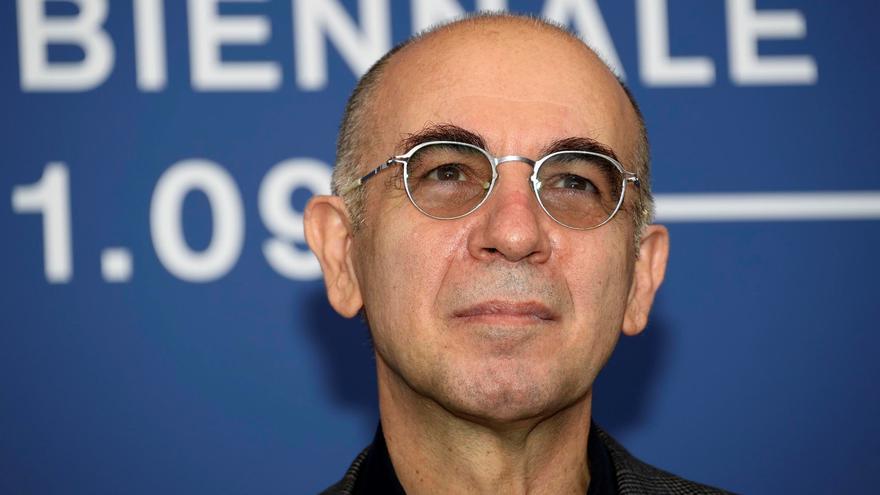 Venice (Italy), Sep 10 (EFE) .- Oddly enough, as a child Ennio Morricone never wanted to be a musician. It was his father who forced him to play the trumpet, unknowingly pushing him into a career that would make him the great composer that he was and which is now portrayed in a documentary by his friend Giuseppe Tornatore premiered today in Venice.

“Ennio”, presented out of competition, is the documentary in which Tornatore worked for years and has the aroma of a last tribute to the composer, who died in July 2020, by collecting the praise of some of the most famous characters in the world of music. cinema.

“I have understood that not only will he always be listened to, but that he will always be studied,” said Tornatore, author of “Cinema Paradiso” (“Nuovo Cinema Paradiso”, 1988), at a press conference before Morricone’s widow, María Travia , and their children, all seated in the front row.

The tape shows the routine of the musician, who is even seen doing sports at home. Later, he appears absorbed in a study full of sheets, displaying his genius in a blank sheet music and raising his hand to his forehead when an eighth note limps.

Then, from the comfort of an armchair, Morricone relives his most remote intimate moments in a long conversation with his friend.

Morricone was just another child in a fascist Rome that marched unbridled towards disaster. Then he was considering the option of being a doctor, but it was his father who put an end to that idea and put a trumpet in his hands. Little Ennio must be a musician like him.

However, the war diverted that fate, at least in part. The musician recalls, with tears in his eyes, how he was forced to play for the soldiers in order to eat, “a humiliation” that, he confesses, made him stop loving that instrument to which it seemed destined.

However, the passion for music had germinated, fed by other great composers such as Igor Stravinsky, essential in his style. Thus, he began to study composition at the Academia de Santa Cecilia with his great reference, Goffredo Petrassi.

Although his career would not be limited to the symphony orchestra, but would soon be combined with the cinema and the entertainment world after entering public television, the RAI, recommended by his own wife, who worked for the Christian Democrats.

His name began to stand out in the programs of the sixties. He renewed and revolutionized everything he played, introducing sounds of cans or water, in songs for Edoardo Vianello, Gino Paoli or Mina without which Italy, today, would not sound the same.

The thriving industry of the Hollywood of the Tiber noticed that reserved musician with large glasses who agreed to compose bands for films, but on the condition that he use the pseudonym Dan Savio, so as not to “embarrass” his teachers of classical composition.

Then came his best-known works for his schoolmate, Sergio Leone, putting music to his most famous western, and beginning a career that would make him one of the most prolific composers of the century, with more than 500 soundtracks and two Oscars.

THE CINEMA PAYS TRIBUTE TO THE MASTER

The Tornatore documentary is at the same time a pantheon of myths that recall the master: the first Clint Eastwood, the protagonist of Leone’s “Dollar Trilogy” and who considers him “still unique today”, as is his music and rhythms.

Likewise, the German Hans Zimmer, the other great composer for the cinema, is full of praise, who acknowledges that Morricone wrote “the best classical music of our era.”

But other filmmakers like Bernardo Bertolucci, who died in 2018, Marco Belocchio, Dario Argento, the Taviani brothers, Carlo Berdone, Oliver Stone or Quentin Tarantino, who have always been in love with their melodies, also attest to that talent.

Even Bruce Springsteen confesses to having reached the spiritual through Morricone’s compositions.

MORE ENNIO FOR THE FUTURE

Tornatore expressed his wish that in the future they continue to delve into the figure of this brilliant and enormously productive musician, since many of his scores and creations are unaccounted for and could come to light simply by looking for them.

“I hope that the film will serve as material for other documentaries and that rather than being seen, it will be consulted,” the filmmaker encouraged.

In the tape, Ennio appears calm, laughs and excites, and even is embarrassed, curiously, when hearing the tinkling or whistling of some of his best-known songs performed for Leone.

He is completely serene, a climate that was possible only thanks to the trust he had with his dear friend Tornatore, as it is well known how little Morricone liked to undergo interviews or simply talk to strangers.

“He had all the time to be able to tell himself and his transparency is greatly appreciated,” celebrated the filmmaker, who also stressed that one of the surprises when shooting is that everything he told exactly coincided with the testimony of other persons.