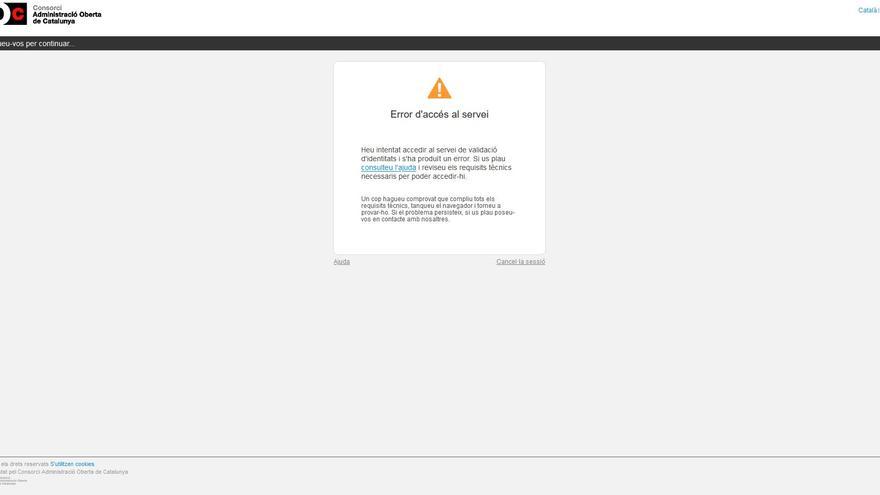 The Generalitat has already registered 10,000 applications from self-employed professionals who have successfully completed the procedures to request the direct help of 2,000 euros due to the epidemic. This means that the number of requests that could be registered has been reached, given this grant, endowed with a fund of 20 million euros, they are delivered in order of application.

“The deadline for submitting the application has ended once the number of 10,000 applications submitted has been exceeded, which exhausts the budget of an additional 20 million euros that the Government has allocated to this emergency aid,” reported the Department of Labor , Social Affairs and Family, on which this line of aid depends. In a statement, they have announced that they will study the extension of the aid and a “new mechanism” so that the same “computer incidents” are not reproduced.

The website enabled by the Generalitat so that the self-employed could request the 2,000 euros collapsed on Monday, the first day that the term was opened, and failed again this Tuesday. The avalanche of requests from 9 am this Tuesday caused incidents on the server, the same thing that happened on Monday, when the Department of Digital Policies and Public Administration was forced to suspend the service.

Sources from this department and also from the Ministry of Labor, Social Affairs and Family, on which the aid depends, have again confirmed the incidents. Only between 9 and 10 hours, the platform has registered around 400,000 requests – a user may have made several due to saturation. In the first minute, according to Administration sources, up to 18,000 people have tried to start the process.

Thousands of freelancers – in Catalonia there are about 550,000 – have tried first on Monday and, later, this Tuesday, carry out the procedures to obtain this extraordinary help. When received in order of application, most of the applicants have tried to request it from the first hour, which has caused the backlog. The fund is endowed with 20 million euros, which would reach 10,000 beneficiaries.

Despite the problems filling in and submitting the form reported by the self-employed, some applications manage to complete the process. On Monday, a total of 3,543 did so before 4:40 p.m., when it was announced that the process to fix the web problems was being postponed. “In order to speed up the process, the system is being reinforced,” they said in a statement from Digital Policies.

The situation is reminiscent of the one experienced at the end of October with aid for the owners of bars and restaurants. The granting of the aid was also established in the same way – those who arrive first take the grant until the budget is exhausted – and the website of the Department of Business collapsed due to the avalanche of applications.

In order to access the aid, these requirements must be met: not have more than six workers, that the taxable base of the last personal income tax return is a maximum of 35,000 euros and that the net income of the last three quarters has not exceeded the 13,125 euros. The 2,000 euros of aid from the Government are compatible with other benefits, subsidies or subsidies, both public and private.