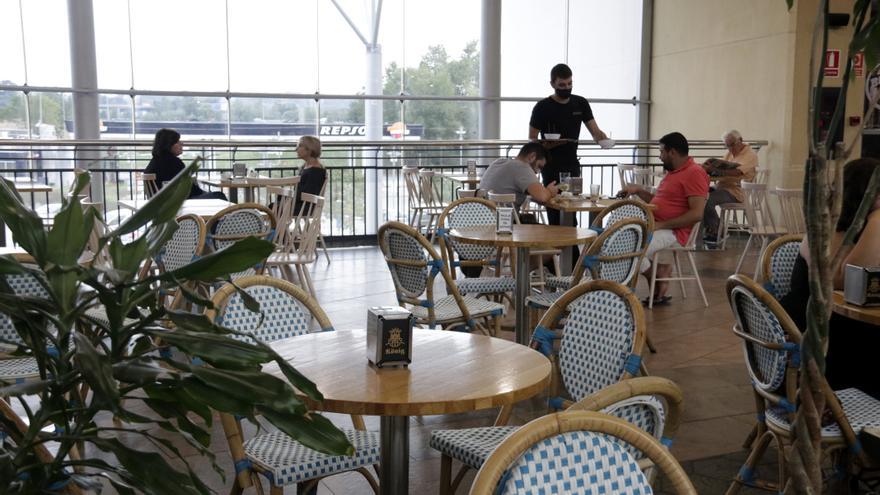 The bars and restaurants of Catalonia will close this Friday. This has been decided by the Generalitat after a day of tug of war between the Executive and the Justice on account of the decree of the Generalitat to capture restrictions announced this Wednesday. Finally, the Government has decided that all the measures will take effect this midnight except for the prohibition of meetings of more than six people, the suspension of face-to-face classes at the university and the limit of attendance at religious events.

For practical purposes, the bulk of the new restrictions announced by the Government will come into effect this Friday, in line with the Executive’s plans. Among all of them, the closing of bars and restaurants stands out, which has generated opposition in the sector but which the Generalitat considers essential to reduce social interaction and mobility, the two engines of contagion.

After the setbacks that the courts have led to some measures taken by the communities, the Generalitat wanted to have the full support of the Superior Court of Justice of Catalonia (TSJC) before publishing all the measures. That is why the Government presented this Wednesday to the TSJC the document with the restrictions announced at a press conference.

However, the TSJC has urged the Government this Thursday at noon to correct the defects of form in the document of measures that it had sent, since the letter did not include a date, or signature or number of the decree that was intended to be published. The judges also demanded that the Generalitat specify the violations of fundamental rights in the announced measures that require judicial authorization.

Judicial sources have indicated late in the afternoon of this Thursday that although the Generalitat has corrected the document specifying the measures that affect fundamental rights and therefore need judicial endorsement, the Government has not included the date, or the signature or the number of the decree to be published.

In any case, the Generalitat has concluded that the closure of bars and restaurants does not affect fundamental rights and therefore does not require judicial endorsement. On the contrary, the Government understands that the restrictions of capacity of 50% in religious acts, the prohibition of meetings of more than six people and the suspension of the university’s face-to-face activity do limit fundamental rights such as that of assembly, so will wait for the approval of the TSJC to implement them.

The three measures also have all the numbers to receive judicial endorsement. The prohibition of meetings of six people has already been in force in Catalonia –with the endorsement of the TSJC– since September, and the formal authorization of the courts is a formalism as it is again included in a new decree. The judges have also endorsed the limitation of capacity in religious events during the outbreaks of summer in Lleida and Barcelona. And the suspension of theoretical classes at the university has in fact already begun this Thursday after the agreement between the centers and the Government, without having to wait for Justice.

In addition to the closure of bars and restaurants, the rest of the restrictions will also come into force this Friday, which will be in force for the next 15 days: 50% of the capacity in cinemas, theaters, the rest of cultural events and gyms, 30% of capacity in stores and suspension of the activity of discos, gambling halls, bingo halls and casinos.