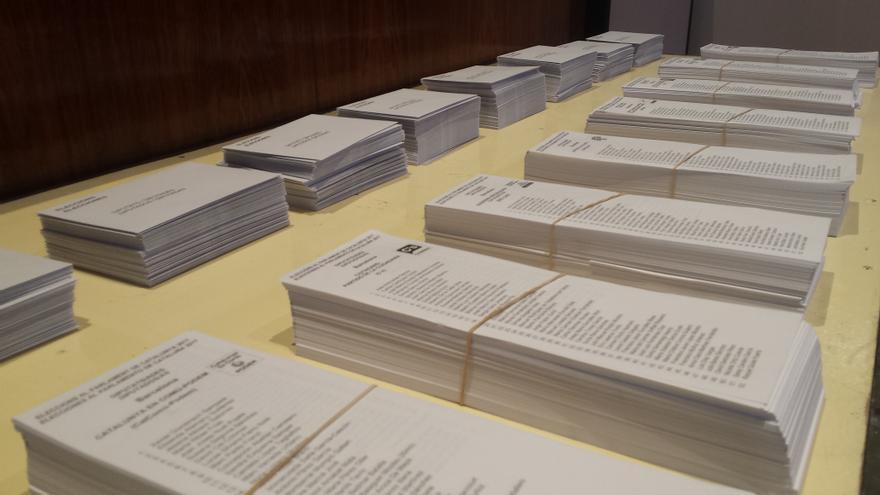 The elections are still in the air in Catalonia in the key week in which the parties and the Government must agree on whether to postpone them or not. At the meeting this Monday of the party table that analyzes the situation in the face of the elections, the Department of Health has exposed its epidemiological forecasts for the coming weeks and has drawn a scenario in which the peak of infections would be reached at the end January, that is, at the gates of the date on which the electoral campaign for the 14F elections should begin.

The Secretary General of the Department, Marc Ramentol, has been in charge of presenting the forecasts made by BIOCOMSC, a research group of the Polytechnic University of Catalonia, and professionals from the Institut Català de la Salut. This document proposes two scenarios with some variations, although both coincide in that the worst moment for infections will be the end of this month, while the maximum care pressure in ICUs would be reached already in the middle of the campaign and the week before the electoral date. .

Specifically, the most favorable scenario foresees that around February 14, election day, there will be some 3,000 cases a day in Catalonia and that there will be 610 patients in intensive care, that is, a number 30% higher than the current. Meanwhile, the most serious forecast estimates that infections will increase more rapidly in the coming days, which would lead to 5,000 cases a day in a month. This more pessimistic forecast indicates that under these conditions on election day there would be 840 patients in ICUs, almost double than now.

With these data, Salut comes to the conclusion that the restrictive measures on mobility and social activity will remain virtually unchanged for several weeks. At the same time, due to the fact that according to their models the transmission speed would be above R1, the health technicians predict a worsening of the tracking capacity and an “intensive dedication, at all healthcare levels, of professional resources” to attend to COVID patients. To that must be added, they remember, the need to keep up with vaccinations. Although they do not quote it that way, the department paints a scenario on the verge of sanitary collapse.

The report presented by Ramentol avoids entering to assess whether or not the elections should be held in either of the two scenarios. Salut considers that it is the party table, in which all the parliamentary formations are represented in addition to the Department of Foreign Affairs and Institutional Affairs, which must position itself on the convenience of continuing with the elections. The problem is not only to guarantee the sanitary conditions of the day, but to be able to ensure participation, sufficient information and symmetry between the parties, which must campaign in a pandemic situation.

The Government and the party board agreed on a document last December in which they proposed different scenarios for the evolution of the pandemic and the measures that should be taken in each to guarantee the elections. In two of these scenarios, the most extreme, involved the postponement of the date. They were, on the one hand, a return to harsh house confinement, like the one that happened last spring. A situation that was not considered at the meeting held this Monday.

Another option in which the postponement was foreseen was the imposition of generalized restrictions on social and economic life, for example, with the closure of bars and restaurants and impediments to mobility at certain times. This situation does not occur at this time either, but Salut cannot rule out that it should not be taken during the pre-electoral period if the situation worsens.