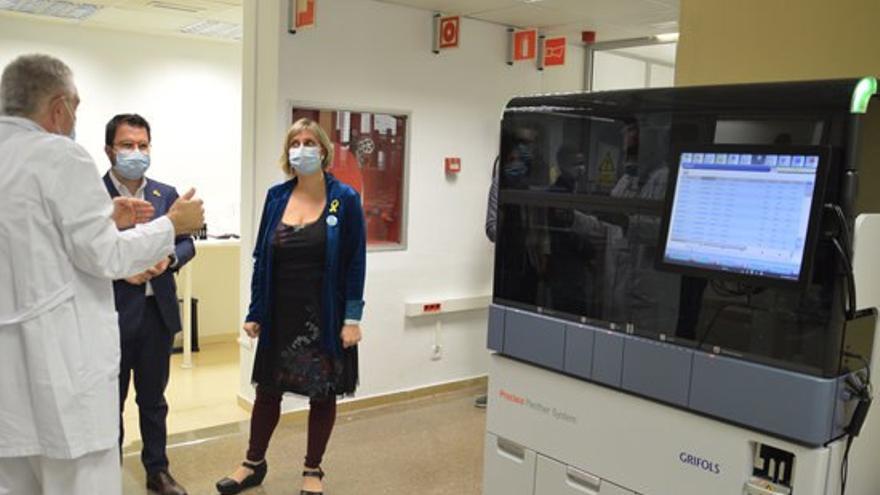 The Generalitat has adopted new restrictions in Terrassa, Sabadell and 13 other municipalities in the Vallès Occidental region (Barcelona) to contain the advance of the coronavirus and has announced that this week it plans to approve measures in the community as a whole in view of the increase in cases.

According to the vice president, Pere Aragonès and the Minister of Health, Alba Vergés, the Generalitat will announce new measures this week that will be “of general scope.” Despite the fact that meetings of more than six people are already prohibited in Catalonia, the Generalitat has verified that infections continue to rise and that the only way to stabilize the curve is to reduce mobility and social interactions.

Aragonès and Vergés have not specified whether the new measures will be recommendations, prohibitions or a mixture of both, although they have insisted on the call to reduce the meetings. “We have to sacrifice social activity to guarantee the response of the health system,” both leaders said.

For the moment the Generalitat already has asked all companies to reinstate teleworking in a general way and it is specifying with the universities the suspension of face-to-face classes and the return to telematic teaching. The new restrictions that will be approved this week will not affect the schools, which will remain open, said the Secretary of Public Health of the Government, Josep Maria Argimon.

While waiting for the general measures, the Government has approved this Monday restrictions for 15 municipalities in the Vallès Occidental: Badia del Vallès, Barberà del Vallès, Castellar del Vallès, Castellbisbal, Cerdanyola del Vallès, Matadepera, Polinyà, Ripollet, Rubí, Sabadell, Sant Cugat, Sant Quirze del Vallès, Sentmenat, Terrassa and Viladecavalls. The measures will last 15 days and will come into force when they are published in the Official Gazette of the Generalitat (DOGC).

In all these populations, the Generalitat asks citizens to stay at home except for what is essential and to reduce social activity as much as possible and limit contacts to people who make up the group of habitual coexistence.

In a statement, the Ministry of Health has called for the 15 municipalities of the Vallès Occidental to “intensify” prevention and hygiene measures in work centers, such as cleaning, disinfection and ventilation of spaces; make water and soap or hydroalcoholic gels available to workers; guarantee interpersonal safety distances and the use of a mandatory mask; and adopt measures to avoid the massive coincidence of people, both workers and clients or users.

In the 15 municipalities of the Vallès, religious events such as weddings, religious services or funeral ceremonies must limit attendance to 50% of the capacity.

In the hotel and restaurant sector, bar consumption is eliminated and should always be done at the table. Capacity is also limited both indoors and outdoors by 50%. The closing time of these bars and restaurants will be at 1:00 a.m. at the latest. “Whenever possible,” adds the Government, it will be consumed through take-away orders or home deliveries.

The Government also recommends “avoiding any agglomeration” when shopping and remember that both in closed spaces and in open spaces the physical safety distance is 1.5m. The maximum capacity allowed in the stores is the equivalent of 2.5m2 per person.

In the municipalities of the Vallès, cultural activities of performing and musical arts, cinema or exhibitions can be carried out both in theaters, cinemas, circus tents or similar, as well as outdoors as long as the capacity does not exceed 70%. The capacity of sports activities is also limited to 50%.