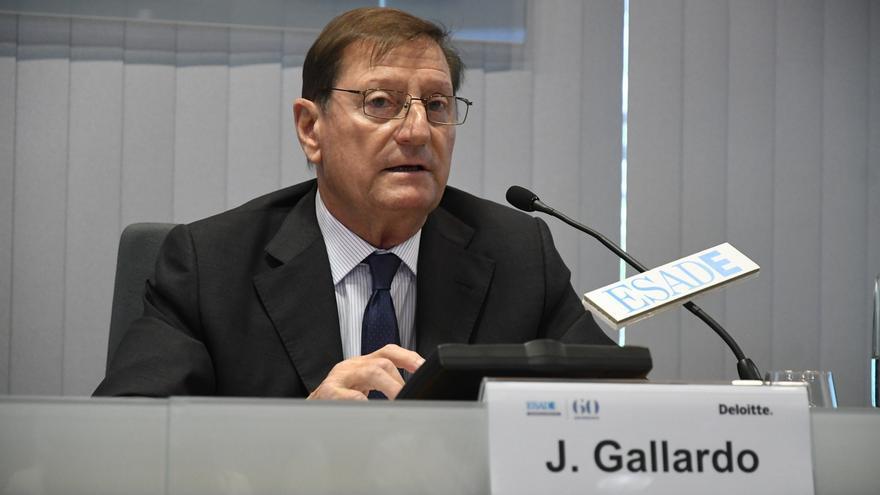 The brothers Jorge and Antonio Gallardo Ballart, main shareholders of the Almirall laboratories and prominent beneficiaries of the tax amnesty approved by the PP Government in 2012, have received more than 63 million euros in State guarantees for loans contracted last year by different companies of its private healthcare group, Vithas, the largest with Spanish capital.

According to official data from the Ministry of Finance, between April and December 2020 three Vithas companies, owned by both billionaires, have availed themselves of the extraordinary line of loans guaranteed by the State through the Official Credit Institute (ICO) that the Government approved in March 2020, just after the outbreak of the pandemic, to guarantee liquidity for companies.

No other Spanish group in the sector accumulates so many guarantees of the ICO Covid-19 line. At a great distance from Vithas, with 26.5 million guaranteed, is Torrejón Salud, the concession company of the Hospital de Torrejón de Ardoz, in the Community of Madrid, owned by the American company Centene.

The highest amount guaranteed by the State to Vithas, 41.95 million, corresponds to six operations carried out in April, June and December 2020 by Vithas Sanidad SL.

Vithas Sanidad Málaga Internacional SL also appears with another 14 million received in April 2020. And another company of the group, Nisa Nuevas Inversiones en Servicios, the former Nisa Hospitales (acquired in 2017 for 300 million euros), received another 7.1 million with State endorsement in October and December. Asked about this matter, the company did not want to comment.

These three companies are included in the consolidation perimeter of the Gallardo investment firm, Goodgrower SA, in its latest consolidated accounts, which correspond to 2019, and whose audit (dated September 21) has a caveat because they do not contain information of the remuneration of its administrators. Among them are the president of Vithas, Jorge Gallardo Piqué, his sister Irene (both are children of Antonio Gallardo, former president of Almirall) and his cousin Susana Gallardo Torrededía, daughter of the current president of the pharmaceutical company, Jorge Gallardo, and wife of the still councilor of the Barcelona City Council and former prime minister French, Manuel Valls.

Alcotas Hoteles, another company of the Gallardos dedicated to the hotel business, in which they have an important presence through the Sercotel chain, also appears as the beneficiary of a 1.4 million loan with a State guarantee granted on July 3.

The brothers Jorge and Antonio Gallardo, aged 79 and 85, respectively, are ranked 10th in the last ranking of rich Spaniards from El Mundo, which attributes a fortune of 2,850 million to them and places them as the third fortune of Catalonia thanks in part to their participation in Almirall, which in May 2020 became part of the Ibex 35.

In July 2016, the investigation of The Castellana Papers revealed that both brothers legalized Cristóbal Montoro's tax amnesty, declared unconstitutional in 2017, an opaque patrimony of 113 million euros that they hid in banks in Switzerland and Monaco through companies in Panama. They were able to surface that sum by paying just 2.4% of the assets they were hiding.

His is the largest of the so-called special tax returns (DTE) that came to light, although only a small part is known of its more than 30,000 beneficiaries, whose names the government refused to publish and they have come to light in a trickle thanks to judicial and journalistic investigations.

The creation of the Vithas brand was announced just one week after Jorge and Antonio Gallardo legalized this patrimony to the Treasury on November 14, 2012. Today it is, as highlighted on its website, "the first private healthcare group with 100% Spanish capital", only behind Quirón, from the German company Fresnius.

Currently, the group has gone "from having 10 hospitals to having 48 centers, thanks to the opening of new medical centers and hospitals, such as the one opened in Granada in 2016, and to strategic additions such as the Nisa Hospitals and the Rincón Clinics in 2017 ". Last year, the Gallardos agreed to purchase 20% of Vithas that did not control CriteriaCaixa for an amount that has not transpired.

The private health group is one of the 100 largest beneficiaries of ICO lines, according to data collected by elDiario.es.

So far, the banks have granted 126,000 million euros of financing with these public guarantees, which have guaranteed 96,000 million in one million operations, 98% with SMEs and the self-employed, although there are also many large companies and more than a dozen professional soccer teams. A few weeks ago, the Government extended the loan repayment term to ten years and opened the door to the possibility of applying deductions in case of registering losses and drops in billing of at least 30% in fiscal year 2020, with the consequent damage to the State.