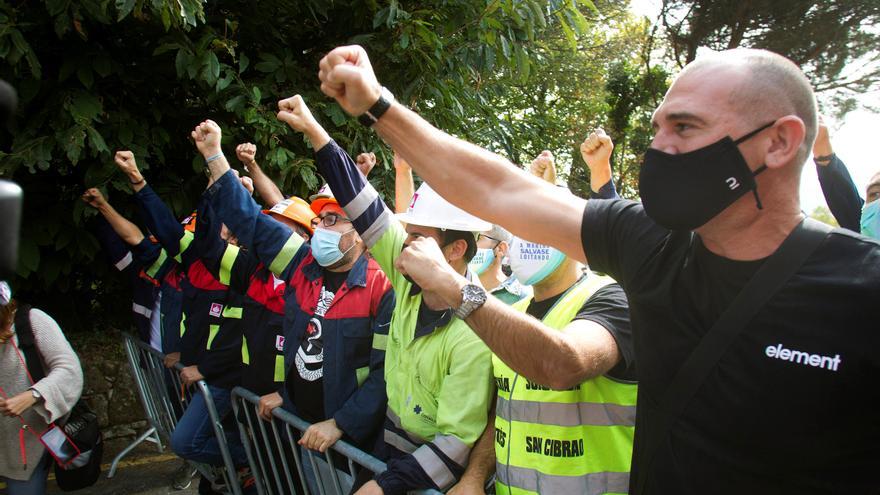 The countdown to save Alcoa’s factory in San Cibrao (Cervo, Lugo) came yesterday, Monday, September 28, at an end. And it did so without an agreement, after the ownership of it, a US multinational, refused to sell it to GFG Alliance, which had submitted an offer. Xunta de Galicia and the central government issued a joint note in which they speak of the company’s “bad faith” and express their support for the workers. These, for the moment, have resumed the mobilizations and this morning they have concentrated before the plant.

The Secretary of State for Industry, Raül Blanco, went further and warned Alcoa that “no administration has been twisted its arm”. “Now another scenario is opening where other less friendly decisions will be made,” he added, without specifying what he was referring to. Neither did the economic vice president of the Galician Executive, Francisco Conde, who, however, kept a lower tone and “regretted” that Alcoa left the negotiation unilaterally. What neither of the two explicitly mentioned is the solution that the left and the workers have been demanding for months, the public intervention of the company.

Yes, the BNG spokesperson, Ana Pontón, did. For the nationalist leader, Xunta and the state government “must carry out a public intervention between both administrations to nationalize the factory, guarantee production and save jobs.” Which are, in this case, 534. Its destruction would be a very hard blow for the region, A Mariña, on the north coast of Galicia. “It is evident that the multinational is acting in bad faith, with arrogance and I would even say that with arrogance and contempt for A Mariña and Galicia,” added Pontón. She was not the only political representative who intervened in the conflict. The president of the Lugo Deputation, the socialist José Tomé, demanded from Alcoa “the return of the public aid” received over the last few years.

The works council, which has once again brought the workers to the streets, is now demanding an extension of the term of the negotiations so that the State Society of Industrial Participations (SEPI) is the one to acquire the San Cibrao factory. “There has been no agreement, they have not wanted to enter to assess the latest declaration of the Xunta so that they paralyze the process to try to reach an agreement with the SEPI”, denounced José Antonio Zan, president of the committee. Zan also criticized that the company “spoke unilaterally about the ERTE or the ERE” when these were not the subject of discussion at the table.

The statement with Alcoa’s version was issued during the early hours of this Tuesday. In it, he accuses GFG Aliance of “having insisted on unreasonable commercial terms” and affirms “having negotiated in good faith”. He also appreciates the “predisposition” of the central government to seek alternatives, despite the fact that the one presented in recent days through SEPI is not useful either.