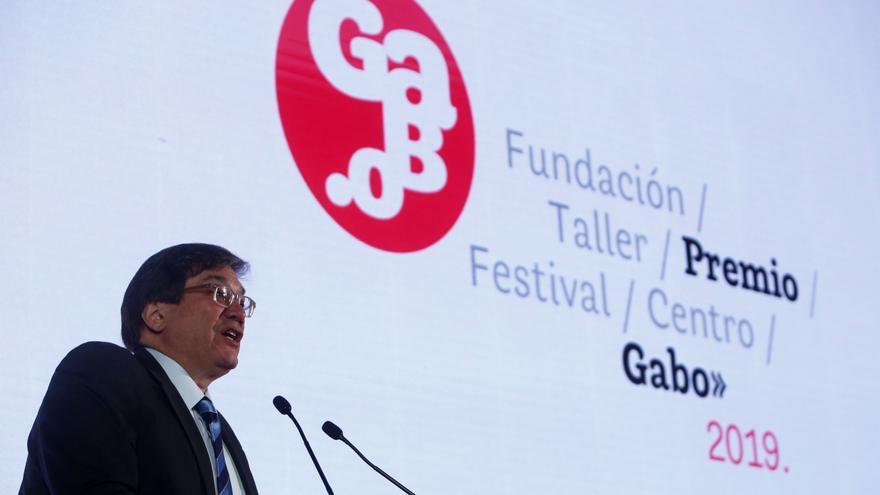 The rigorous, long-term and collaborative journalism on migration, the Amazon and misinformation in times of pandemic has been awarded this Thursday in the eighth edition Gabo Award for Journalism, celebrated virtually by the coronavirus.

“Venezuela, or paradise two smugglers”, in the Text category; “Defenders of the jungle”, in Image; “Southern Border. The Unknown Border of America”, in Coverage, and Radar Aos Fatos, in Innovation, were the four winners of the Gabo 2020 Award, chosen from 1,443 works postulated for “their extraordinary narration, investigation and meticulous reporting”.

The jury has highlighted these four works for being “referents of relevant, rigorous, ethical and innovative journalism”, productions with which multidisciplinary and transnational teams “not only question and uncomfortable the powerful but also manage to put a face and heart to complex realities of Latin America”.

“Among the nominees and finalists we find clearly reflected the trends that characterize Ibero-American journalism at this time, a journalism that resists, a journalism that wants to serve society, which has done so with great determination in the midst of the pandemic and above all a journalism that is turning towards collective and collaborative work “, stressed the general director of the Gabo Foundation, Jaime Abello.

“Venezuela, or Two Smugglers Paradise”, a transnational investigation into mining conflicts, trafficking and illicit gold money flows in the Amazon, was distinguished in the Text category for “being an extraordinarily well narrated piece, done with much encouragement and that dazzles by its originality “. The report, prepared by a journalistic alliance between Correo del Caroní (Venezuela), De Correspondent (Holland), InfoAmazonia (Brazil), Miami Herald (United States) and Runrun.es (Venezuela), manages to show through data analysis and interviews “the human profile” of the illegal business and the conflicts of the smuggling of natural resources in this region.

“What happens in Venezuela is a super serious problem and it is very important [este reconocimiento] to put a little light on the problem, so that it brings more eyes to the Venezuelan Amazon and the victims, “said journalist Stefano Biagionio Wrobleski when accepting the recognition.

“Southern Border. The unknown border of America”, another collaborative work, the result of the investigation of more than 20 journalists from the newspaper El País (Spain) and the digital El Faro (El Salvador), has been awarded in the category of Coverage by try to put a “face and heart” on the journey of thousands of Central Americans who cross the southern border of Mexico each year.

In the series of six reports, the team mixes text, photographs, videos and interactive graphics in which journalists worked for six months to show the realities of deep and unknown places between the border of Guatemala and Mexico.

The jury, made up of the Colombian María Elvira Samper, the Argentine Liza Gross and the Brazilian Rosental Alves, has valued that the “work goes beyond the traditional approach of covering cartels or criminal groups to delve into the reality of the communities that live and they work in a forgotten, unknown and violent region. ”

“We were not wrong with putting the focus on the southern border of Mexico when everyone saw the northern border,” said Javier Lafuente, from El País, on behalf of the winning team.

The Amazon told by the communities

The Spanish journalist Francesc Badia i Dalmases and the Uruguayan photographer Pablo Albarenga received recognition in the Image category for the series of multimedia reports “Defensores de la selva”, which shows from the depths of the Amazon jungle the struggle of indigenous youth against the crisis climate and extractivism that destroys their habitat.

The jury for the Gabo Prize highlighted the work, published in El País de España, that it be “an exceptional multimedia report in eight parts that seeks to land the abstract question of the climate crisis in the daily lives of young people who play a role, until now scarcely documented and recognized, in the defense and conservation of the Amazon in Brazil and Ecuador “.

“We will continue working so that the Amazon speaks, so that we listen to the voice of the Amazon and manage to protect this ecosystem,” stressed Badia upon receiving the award that also highlights that the stories are told from the protagonists.

The journalists, linguists and data scientists specialized in disinformation who have fed Radar Aos Fatos, an artificial intelligence center that monitors disinformation about the coronavirus pandemic in Brazil, since March 2020, were awarded in the Innovation category.

Radar Aos Fatos, published in Aos Fatos, has a monitor that collects, through an algorithm and in real time, more than 90,000 publications on social networks per week and classifies each one by the level of quality of the information, data with which the team produced 10 far-reaching and impactful analyzes in Brazil.

“Within a country in turmoil, disinformation affects lives. That is why I want to dedicate this award to the more than 200,000 deaths in Brazil due to the pandemic”, said during the ceremony the co-founder of the platform, Tai Nalon.

The jury made up of the Venezuelan Emilia Díaz-Struck, the Spanish Mario Tascón and the Brazilian Natalia Viana highlighted that Radar Aos Fatos “is a sample of an innovative application of artificial intelligence to make journalism so good and relevant that it makes the powerful uncomfortable “.

Journalists Alejandro Gómez Dugand, Natalia Arenas, Lorenzo Morales and Omar Rincón, who make up the editorial team of the digital medium Cerosetenta, received the Clemente Manuel Zabala Recognition from the Gabo Award, which highlights exemplary Colombian editors. The jury highlighted the journalists’ commitment “to the critical issues of Colombian reality”, as well as their “courage, depth and independence.”

“We are the first independent digital media to be part of this list and this is the first time that an entire team of editors has been awarded, including the first woman,” Arenas has recognized excitedly.

The Gabo 2020 Prize has also awarded the team of Radio Cooperativa de Chile with the recognition of Excellence for his “high quality teamwork” and his “contribution to the history of Chilean democracy” with “intelligence and solidity”.