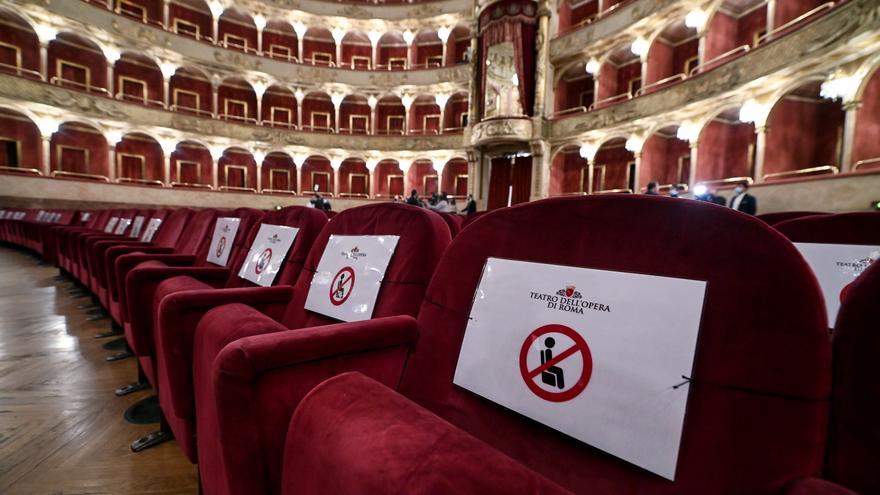 Rome, Jul 29 (EFE) .- The G20 culture ministers meet today and until tomorrow in Rome, under the rotating presidency of Italy, to discuss the role that the sector can play in the recovery after the pandemic and how protect heritage from the climate crisis, among other issues.

This event is attended by the Spanish Minister of Culture and Sports, Miquel Iceta, since Spain is a permanent guest country of the G20, but also other figures such as the French Minister of Culture, Roselyne Bachelot, and the German Secretary of State for International Cultural Policy, Michelle Müntefering, as representatives of their countries, partners of the G20.

Also present will be heads of international organizations such as UNESCO, the Organization for Economic Cooperation and Development (OECD), Union for the Mediterranean, or the United Nations agency for the fight against crime UNODC.

The meeting begins this Thursday afternoon with an opening ceremony at the Colosseum, in which the Italian Prime Minister, Mario Draghi, the Minister of Culture, Dario Franceschini, and the Director General of UNESCO, Audrey Azoulay, participate and concludes tomorrow, Friday, with a final press conference and a visit by the delegations to the Borghese Gallery.

Culture headlines from the twenty largest economies on the planet, which represent close to 90% of the world’s gross domestic product (GDP), will agree that culture represents a crucial engine for sustainable, balanced and inclusive growth, and must play a role significant in recovery plans after the coronavirus crisis, according to an official statement.

They will point out that it is a priority to protect cultural heritage against the impact of climate change, natural disasters and environmental degradation, but also from deliberate looting and illicit trafficking.

Finally, they will discuss digital transition and new technologies and how to facilitate universal access and promote cultural diversity.