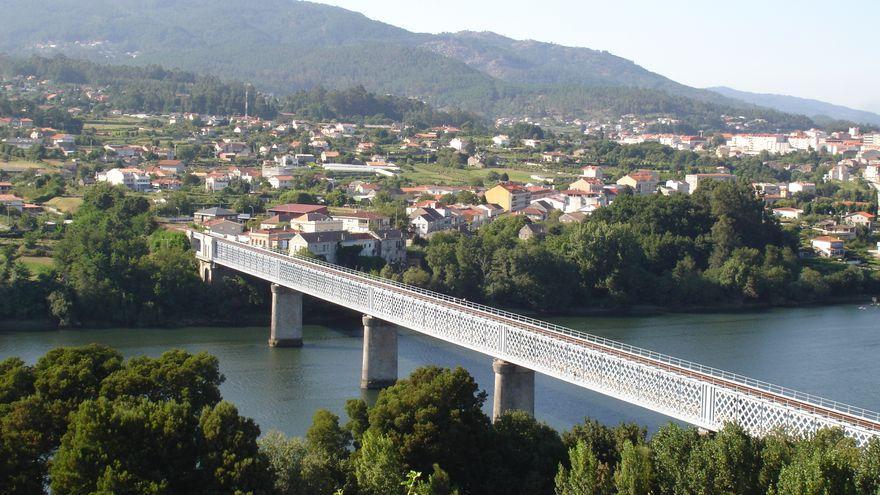 It’s a bit boring, but it will have to be repeated until it gets well into the brains of so much cluelessness: the Galicia of 2020 is very clearly an urban society. Only in the seven cities live about a million people. If we count its urban areas, 1.76 million, two out of every three of the country’s residents. Yes: Galicia is an urban society in terms of population, but also in consumption habits, in culture and in ways of life. You have to be very blind not to perceive it, but in Galicia it is possible to find a lot of voluntary strabismus.

In relation to empty Spain, Galicia better resists the sucking effect of Madrid. The capital effect, state investments and the dumping tax make Madrid a doped economy. But that Galicia resists better does not mean that the horizon is optimal. It is public and well known that Galicia is suffering a demographic winter: it is estimated that it will lose 200,000 inhabitants in the next decade. The reason is simple to explain: you are going to lose them because there is no work or expectations. The general feeling is that of a future not exactly poor, but a mean, mean one.

The Galician Government chaired by Feijóo sells as inevitable the consequences of its failure, supported by a systematic concealment of the background information. But the data, in its naked eloquence, indicate that in the last ten years Galicia has registered an economic growth below the Spanish average. It is in a gradual decline.

The trained boys have to leave the country to find a job in relation to their level of qualification and their expectations. Not only them: in Galicia people of all conditions continue to emigrate, given the inability of the economic fabric to generate jobs.

It didn’t have to be this way. Galicia has assets that it can put into value. The canning companies continue, after one hundred years, giving a new dimension to a traditional sector. Inditex would not take off in its time without the myriad of garment workshops that infested the country, but it knew how to make the leap to global strategies on which it is not necessary to insist. The automobile cluster, formed around Citröen, but which today goes beyond the Vigo factory, is an already traditional sector in the country. The two companies make up a significant part of Galicia’s GDP and mark the day-to-day life of A Coruña and Vigo.

Estrella de Galicia beer was able to win markets with a quality product. The same can be said of Galician wines, highly valued in the Middle Ages, later relegated by the loss of markets such as English, due to the confrontation between Spain and the United Kingdom, and another return highly valued today by critics such as Robert Parker, the editor of The Wine Advocate, perhaps the most influential magazine in the world of wine. My friend Xavier Castro, historian of wine and food, wants to make toasted wine, a digestif with a long and colorful history, back in fashion in the collective taste.

From shipbuilding to high value-added technology, including biotechnology, there are sectors that await an opportunity. Galicia has potential but needs ambition. After all, it is a highly educated society. Your educational system offers options. It is not only about the new faculties of the technical or scientific, telecommunications or computer science fields, but also about the research work and institutions such as the Genomic Medicine Group, and so on.

Perhaps the most important debate in Galicia is how to enhance our urban network. Cities are, in fact, the great transport and communication interchanges, the two vectors on which the global economy rests. How can Galicia compete in it, beyond Inditex, Citröen and la preserves, already internationalized sectors? How to get other companies to join them in various sectors? The answer to these questions goes through an urbanization model that manages to attract capital, training and talent.

The seven cities and their urban areas will be, at every turn, aspects of a single city. With good connectivity, especially by train, these cities – with diverse history, character and lines – will be understood as neighborhoods of a single city. Each will continue to be the fruit of its own past, and will retain its way of being, but will strengthen its bond with the others. The quality of life in Galician cities is good, but it has to add other attractions – cultural offerings, social and human diversity – and, above all, job offers, to guarantee the characteristic energy of cities that hold promise for their inhabitants .

But further, it is convenient to think about the way in which Galicia is going to form an aggregation of inhabitants, economic activity and urban life with the Porto area and the North of Portugal. The public conversation should address how the two territories can complement each other to promote a multiplier effect on their economies and societies. Do not discuss if they are going to do it, because they are already doing it, but how to do it in the best way. Recent information revealed how 500 Galician-based companies were located in the north of Portugal.

Experience shows that the lack of foresight hurts the Galician side. It is enough to think of the Sá Carneiro airport, the planned network of the Atlantic railway corridor that connects Portugal with Europe, or the weight of the port of Leixões to understand it. Galicia lags behind, perhaps due to the low political weight and the lack of vision of its Government.

Rail and road connections have to establish an intermodal network with the Atlantic sea route. 80% of international trade traffic circulates by sea, but it is necessary to have good port facilities and connectivity by land. Today, Galician ports move merchandise traffic well below their potential. Galicia and the north of Portugal are Atlantic countries that have to know how to deal with the common geostrategic position that nature gave them and history separated them.

The Galicia-North Portugal Euroregion is not a whim. It configures a market of seven million people and, therefore, represents one for the activity that cannot be ignored, once the political borders were diluted.

Less than an hour should separate Vigo and Porto by train. The radial conception of the state separates them from ourselves: only recently, since communications by train from A Coruña to Vigo have improved, has the demand for tickets between these urban areas multiplied. The same will happen when trains, people and goods, connect us with Porto. The southern exit from Vigo to Porto demands greater social and political pressure. Let’s hope that the proposal, approved unanimously in the Galician Parliament at the initiative of the BNG, is not a dead letter, so that it can be speeded up.

It is possible to travel by road without paying a cent from Galicia to Madrid. But the trip from Ferrol to Vigo involves spending a considerable amount of euros. The AP-9, designed to unite, became an economic wall. Those who are forced to do some section every day know well the astronomical cost. It is a total absurdity. The AP-9 must be rescued into the public domain.

The importance of the railway

The first international railway, between Antwerp and Cologne, was inaugurated in 1843. Shortly after, a second railway was opened between Antwerp, via Brussels, and Mons, which made it possible to connect, from north to south and from east to west, cities, ports and industrial regions of Belgium. The railroad opened the country to its neighbors, the United Kingdom, France, the Netherlands, and the mosaic of states that then made up Germany. It was the train that made Brussels, until then a provincial city, a European capital that connected what one commentator called “Latinity with the Xermanic world.”

This is recounted by Orlando Figes in his book The Europeans, a work of cultural history that accounts – through the relationship of Louis and Pauline Viardot, an intellectual and a famous mezzo-soprano, with Turgenev, the Russian novelist – of the emergence of a cosmopolitan culture in 19th century Europe. The railway, he claims, “redesigned European culture.” The letters, the news and the people circulated with increasing speed.

Also the goods, of course. “Goods from the territories with access to the Rhine could be transported, via Aachen and Liexa, to the port of Antwerp on the Scheldt river and, from there, by ship to the rest of the world,” writes Figes. An increasingly dense network of railways allowed the expansion of the purchased ones. In Spain, the railways would take until 1848 and from there an increasingly dense network of tracks began to spread. The economic crisis of 1866, the first modern financial crisis in Spain, had the railways at its center. That crisis opened the way to the Glorious, the Revolution of 1868, and the First Republic.

In Galicia the railroad would take until almost the end of the 19th century after overcoming huge robberies. The port of Vigo only had a rail connection since 1881. It was one of the last to have it. Although the train arrived in Coruña in 1875, it took years for the connection to the plateau to be completed. A section as significant as the Santiago-A Coruña was only completed in 1943, on April 14, to make fun of the defeated Republic.

The literature of Curros Enríquez, a former member of the Federal Republican Party, shows how in the Galician XIX the arrival of the railroad was understood, as in all of Europe, as the arrival of progress and modernity. In the poem Na chegada gives the first locomotive to Ourense he wrote: “After dela non veñen / abbots nin cregos; / mais come a fartura / ¡ia luz io progress!” [“Tras ella no vienen / abades ni curas; / sino la abundancia / ¡y la luz y el progreso!”]. The train was, certainly, the perfect complement to the vindication by Antolín Faraldo, another nineteenth-century federal, of a large Galician city that would account for the power of the chieftains and reactionaries. In later generations, Villar Ponte and Antonio Palacios shared that vision. A century later, this combination of transport networks and urban life is still one of the keys to the future of the country. Not only in the economic and social spheres: without its own urban culture, the cultural and political identity of Galicia has no future.

That the railroad helps shape economic and cultural spaces is evidence. Almost two hundred years after that train between Antwerp and Cologne, the Rhineland area, Belgium and the cities of Ranstadt are part of the Blue Banana or European Back, one of the largest concentrations of industry, people and money in the world. Good communications, especially merchandise, are the basis on which to consolidate and cement the wealth of a country.