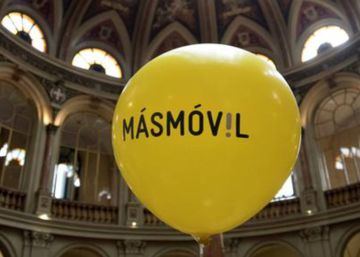 It has not yet been excluded from the Stock Market, but they are already thinking of removing it again. The funds that have launched the takeover bid for MásMóvil – KKR, Cinven and Providence – have included a clause in which they open the door to carry out an IPO of the fourth Spanish teleco from 2024. Three investors – the Ybarra Careaga family, the vice president , José Eulalio Poza, and the Inveready fund– will control up to 11.3%. The takeover began to take shape in January, stopped at the Great Confinement and was resumed in April.

The buyers’ interest in the company Meinrad Spenger runs is more than genuine, with express negotiation and acceptance commitments of around 30% of the capital. But the funds, even before buying it, have agreed on the way out. “Between the fourth and sixth anniversary of the liquidation of the offer (…) an initial public offering (IPO) may begin,” says the prospectus of the operation. Provided there is agreement between at least two of the three private equities. Starting in 2026, it will only be necessary for one of the funds to decide to activate that possible redebut.

In the eventual re-release, each fund will have the right, but not the obligation, to participate. And the three significant investors who will stay can also be urged to sell. These, in addition, will have an extra exit option from the fourth year: they will be able to sell to a financial investor after having offered their participation to KKR, Cinven and Providence, which have the right of first refusal up their sleeve.

MásMóvil debuted at the MAB in 2012 by integrating with Ibercom, and since then it has appreciated by nearly 3,000%. In 2017, it jumped to the regulated market (the Senior Stock Exchange) and entered the Ibex in June last year. The teleco does not know failure. It marked its maximum price in October of last year, at 23.68 euros per share, and now the funds will buy it, if there is no surprise in the form of a counterpayment, at 22.5 euros each share, for a total of 2,963 million. They already have most of the financing ready.

The acceptance period will be 43 days, so that investors will have time to attend until mid-September. Up to five business days before, a competing offer can be submitted, although it is difficult since it should be at least 26 euros per share for it to be effective. Shareholders who have promised to sell in this takeover cannot back down unless an eventual rival reaches that price.

With 50% acceptance, MásMóvil will leave the Exchange. The funds use a PwC valuation report, which ensures that it is worth between 19.92 and 24.29 euros per share. This was the process of exclusion in its day of Abertis and Telepizza, among others.

Buyers will refinance the current net debt of MásMóvil for 2,210 million and will use another 790 million to buy it. In addition, they will inject 2,262 million capital, between the buyers (2,007 million) and the three aforementioned shareholders (256 million). They already have a 2,000 million seven-year loan and a credit line for 500. BNP Paribas, Barclays, Morgan Stanley and Santander have been the ideologues and architects of the financing structure.

The process of the operation began to take shape at the beginning of the year and lasted five months. On January 16, Cinven and KKR signed an exclusive collaboration agreement to carry out the offer. But it was broken after the Covid exploded in March. However, the talks resumed in April, and in May, together with Providence, which already participates in MásMóvil with 9.2%, The agreement to launch the offer was closed, which was communicated on June 1. The CNMV has run for approval.