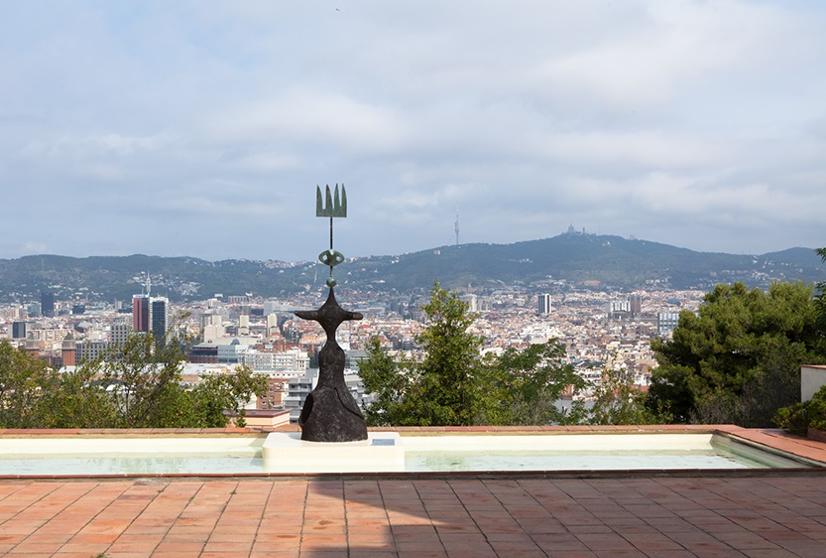 The Close of doors imposed by the crisis of the coronavirus is hitting Catalan cultural institutions hard. Three days after the Palau de la Música announced the presentation of a temporary employment regulation file (ERTE) for all its staff, this Monday it was the Fundació Miró that was forced to take this temporary measure, that will affect the 57 workers who are part of the institution.

“This is, unfortunately, the only possible way to overcome a conjunctural situation caused by the COVID-19 crisis,” argue the heads of the institution in a statement. The Fundació Miró closed its doors last Friday, March 13, and the total absence of income has made the situation unviable for a longer time bearing in mind that they have to face pending payments. At Miró, just like at the Palau, 70% of the income comes from tickets to the museum and activities, sales at the store and bookstore –managed by the institution-, as well as space rentals and other own resources. This places it in a situation of much greater vulnerability to eventual closings than to museums that count as greater contributions by art from public administrations, such as Macba or MNAC.


The center had to fire 7 workers last year. This new measure will affect the 57 staff professionals

Last year the Fundació Miró was forced to dismiss seven workers (12% of its workforce) for “economic and organizational reasons”, due to the drop in income in recent years, stagnation and difficulty of recovery that have been reflected in the institution’s ordinary accounts. Months ago, he received the donation of one million euros (100,000 euros a year for ten years) by the businessman and patron Antoni Vila Casas, who in a way came to rebalance a budget that in this year amounted to 7.3 million euros. The center closed the year with a 3% increase in visitors (364,000), although the street protests of last October after hearing the sentence of the trial of the process took its toll, like the rest of the museums

Before ERTE, the center had “Negotiated and / or suspended” contracts for external services for customer service and cleaning. As long as the situation lasts and according to needs, “may be disaffected and return to work during the necessary time those personnel required to carry out tasks that are considered essential to maintain a minimum activity of communication, necessary in this context, and of maintenance and security, to preserve both the works and the building, “the statement said, which” regrets deeply having to take this measure with his team, the engine of the Institution, and hopes that normality will be restored as soon as possible ”.


For its director, Marko Daniel, “if in 2008 the governments decided to help the banking system so that it did not collapse, now they have the responsibility to ensure that the entire population comes out of this crisis”

In a conversation La Vanguardia, its director Marko Daniel, spoke of how the crisis derived from confinement could affect museums, although he clarified that “this is not only a problem of museums but of the whole of society and advocated because“ if in the 2008 the governments decided to help the banking system so that it did not collapse, now they have the responsibility to ensure that the entire population comes out of this crisis ”.