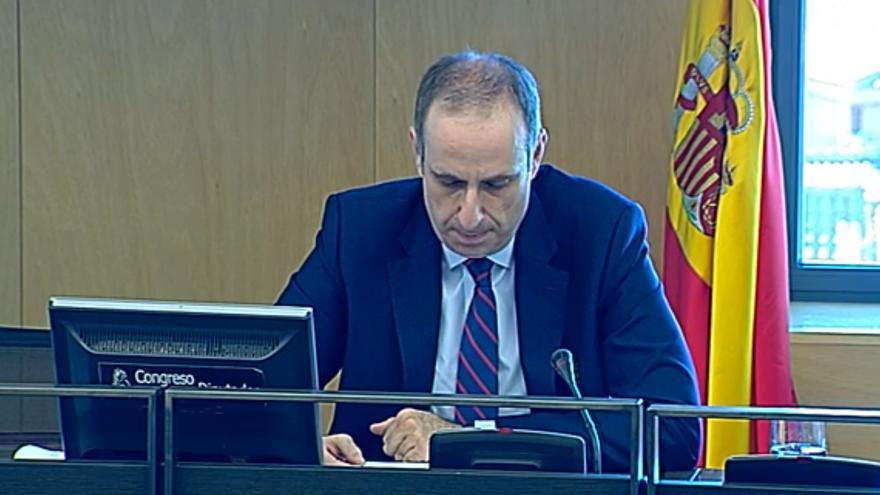 The bank rescue fund, FROB, approved last week the operation by which Bankia will be absorbed by CaixaBank, creating the largest Spanish bank. Through this body, the State will have 16% of the entity and will have a representative on the bank's board of directors. However, Jaime Ponce, president of the FROB, has advanced this Tuesday in the Congress of Deputies that he will bet on a policy of "non-interference" in the management of the bank, as he has done in Bankia during these years. "We have a manifest will of non-interference that is maintained, this position is not altered," he said.

Ponce has highlighted the FROB's argument about this operation, arguing that it improves the value of the State's stake in the bank and will facilitate future share sales. "We are not here to stay but to divest and increase the recovery of aid," said Ponce regarding the agency's strategy, which he has argued that it does not change. "Our advisers say that it favors future divestments," he said.

Specifically, Ponce has defended that having a smaller package compared to what he had in Bankia, would facilitate the sale of packages when "windows" are opened that make a divestment feasible, although he has recognized that today there is no such opportunity. Among the different alternatives to sell their securities on CaixaBank, the president of the FROB has opened the door to the possibility that if an interesting value is reached, daily sales of small packages of shares can be made, something that could not be done at Bankia.

The FROB has valued in its accounts the stake in BFA-Bankia at 9,500 million euros, at market prices, this valuation falls to about 3,600 million euros, according to Ponce himself. This fact, far from the 24,000 million euros that the entity and BMN received in aid, which was absorbed in 2017, makes the president of the FROB have recognized that "our ability to recover aid is" limited or scarce ", You put it adjective ", he pointed out.

"As a seller of Bankia, I do not want to sell at that value," said Ponce, who has defended that "we are going to continue giving up our lives" to improve the recovery of aid. "The operation is a lever, but I am not going to sell in the short term, my expectations as a seller cannot be limited", he has settled.

Ponce has indicated that the process to accept the merger operation of Bankia with CaixaBank has been based on the reports of its own analysts and external advisers, in which the investment bank Nomura has participated. The report of this independent analysis, Ponce pointed out, included the study of possible alternatives for Bankia in a future that contemplated different possibilities: absorbing a smaller bank, being absorbed by a larger one, or an operation with a foreign bank. "Qualitatively, the analysis concludes that [CaixaBank] it is the preferable option ", has aimed.

"These analyzes effectively confirm that generation not only generates value but also stands out over other alternatives," argued Ponce. In previous FROB divestments, the old boxes were auctioned, something that has not happened on this occasion.