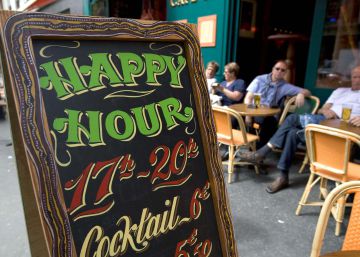 The scene is repeated in almost every bar and restaurant in the big French cities like Paris, but also in smaller towns: rain, snow or the temperature plummets, the terraces of the premises are bursting even if there are space to spare. Especially since the ban on smoking in public places entered into force in 2006, the terraces have become a great business. Essential for this, however, are the powerful gas or electric stoves that heat, even if only a little, the freezing environment. And that is, for the French city of Rennes, in the northwest of the country, the problem. Because with their very high energy consumption, they are far from being ecological. And with the planet in danger with climate warming, we must act. Therefore, from this January 1, the capital of Brittany will prohibit heating in bars and terraces. A measure that other cities could emulate but those that businesses in the sector are suspicious of, which fear heavy losses.

“With the ecological challenge we face, we have to be exemplary in the public space,” Rennes deputy mayor Marc Hervé told France Presse.

Almost a decade ago, when a Parisian district considered the ban on gas stoves – a measure finally reversed by justice – the consultancy specialized in ecological transition Carbone 4 He calculated that a terrace equipped with four braziers that work eight hours a day emits both CO2 and a 350-kilometer car ride. Finally, in Paris an agreement was reached to increase the rates for the use of terraces.

In the year, however, that much of the great news has been related to climate change and characters such as Greta Thunberg they have acquired worldwide relevance, the debate has returned and the arguments against this custom multiply.

“Nobody puts the heating outside their house, why do it in the public space?” Hervé emphasizes. With this measure, approved last June, Rennes will become the first French city with more than 200,000 inhabitants to adopt this measure, which affects some 500 establishments. The decision is accepted with philosophy or resignation by many of the clients, while among the restaurateurs the opinion is more divided.

“We sell bio beer, so having heated terraces is not very compatible with all the efforts that must be made to respect the environment. People are going to get used to it, ”said a waiter from Rennes to the regional radio station France 3. Other restaurateurs however fear losses after having made investments to condition their terraces – beyond the heaters, it is required that they be protected by panels of glass or plastic and awnings— and increased staff to serve that extra space. “We pay a terrace fee. They should let us do what we want, ”he told the newspaper 20 minutes one of the restaurateurs contrary to the measure.

However, this has been approved by the local restaurant union, Umih 35. “This is going to change some customs, but it will not cause a fall in the volume of business. In addition, professionals can save the price of electricity. We cannot put a 2,000-watt device to heat the street, ”its president, François de Pena, told the newspaper. “It reminds me of the smoking ban, who would revoke it today? ”

After Rennes, other large cities in France are studying the measure: Grenoble, Bordeaux and Angers could be the following.

In Paris, environmentalists submitted a proposal on December 12 to ban acclimatized terraces, a measure that, however, in the capital once again runs into reluctance. “60% of Parisian cafés have acclimatized terraces. These terraces contribute almost 30% of the turnover. If we ban them, there will be consequences on jobs, ”he warned in Le parisien the representative of the national union of the Synhorcat sector, Marcel Benezet. The proposal also does not have the approval of the conservative sector of the capital, according to the Parisian newspaper. “To reduce carbon emissions, it would be better for the city to accelerate the projects of thermal renovation of buildings,” said Jérôme Dubus, of the Parisian Progressive, Constructive and Independent group. With the disputed municipal elections around the corner, the team of the socialist mayor of Paris, Anne Hidalgo, who has made ecology one of the strengths of the mandate she seeks to renew in March, has declared herself “very sensitive” to this issue that, however, will not be addressed before the election date passes.