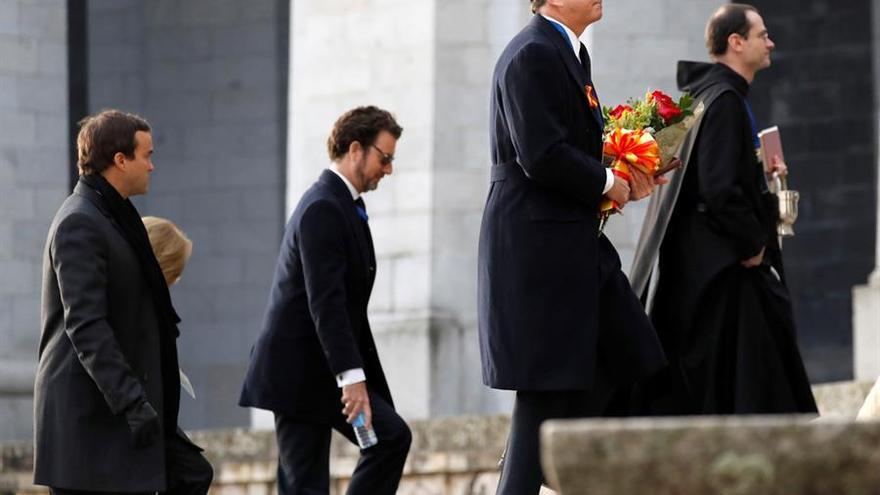 The Ardid Martínez-Bordiú family, one of the descendants of the dictator Francisco Franco, has reduced positions in the hotel sector, one of the hardest hit by the pandemic, with the recent sale of a luxury establishment in the center of Madrid after obtain the owner of the property the guarantee of the State for some of its debts.

In mid-July, the sale of the Bless Madrid hotel, a five-star hotel in the Salamanca district, was announced. The property belongs to the Spanish Breda Capital SL, which was chaired until a few days ago by a great-grandson of the dictator, Jaime Ardid Martínez-Bordiú.

Shortly before putting its only asset on the market, and according to data from the Ministry of Finance, this company received guarantees from the Official Credit Institute (ICO) for an amount of 2 million through financing operations carried out in August and November 2020, under the extraordinary liquidity line authorized by the Ministry of Economic Affairs and Digital Transformation to alleviate the effects of COVID-19.

Breda Capital was one of the companies of the Didra Group, a real estate conglomerate that built the luxurious urbanizations of Montepríncipe and El Encinar. Didra belongs to the Ardid family, linked for decades to the brick and famous for the marriage of one of its members, Rafael Ardid (grandson of the republican general Tomás Ardid), with María de la O Martínez-Bordiú, granddaughter of the dictator, better known like Mariola and considered the most discreet of the clan.

Along with, among other partners, Aina Hospitality, a manager specialized in the hotel sector promoted by the Edmond de Rothschild large wealth management group, Didra has sold that hotel for 114 million euros, a figure that, according to the specialized portal brainsre.news, is a record in a pandemic context, although the price is below the 135 million they intended to enter.

The vendors acquired the establishment, located at 62 Velázquez Street, in March 2017 for 63 million from the Salazar family, former owners of SOS Cuétara, who sold it out of debt after surfacing a multi-million dollar hole in the group’s accounts food.

The latest accounts of Breda Capital date from 2019. In them they accounted for about 100 million in assets and about 60.23 million in debts with Banco Santander whose guarantee was the shares of the company’s partners. After the entry into operation of the hotel, at the beginning of 2019, and after a profound remodeling, the company had a turnover of about 12 million in that year and declared 4.4 million in losses, according to the accounts formulated on February 28, 2020 and accessible through Insight View.

Then came the pandemic, which has hit the hotel sector badly. The Bless Madrid, which has been closed for some time (it has announced its reopening for November), is framed in the segment that will take the longest to recover despite the good progress of the vaccination campaign, due to the collapse of urban and business tourism , at a minimum while the vacation is taking off. In June, the Community of Madrid received 59% fewer tourists than in June 2019. It was the worst region in the entire Peninsula, according to INE data.

The buyer of the old Gran Hotel Velázquez is RLH Properties, owner of another five-star hotel from Madrid, the Villa Magna, and listed on the Mexican Stock Exchange. This company was owned and chaired by London-based Mexican billionaire Enrique Sanginés-Krause, known for having allegedly financed the opaque expenses of King Juan Carlos investigated by the Prosecutor’s Office of the Supreme Court, that the monarch hid from the Treasury using a retired lieutenant colonel as a front man.

Sanginés-Krause is a partner in real estate business of Santiago Aguirre, brother of Esperanza Aguirre and founder and president of Savills Aguirre Newman. This powerful consulting firm is one of the firms that have advised RLH in the transaction, together with the Pérez-Llorca law firm, Deloitte and Hill International. For their part, DLA and JLL have acted as advisers to the sellers.

The old Gran Hotel Velázquez, located a stone’s throw from the Retiro Park and the Golden Mile, has 111 rooms (including 27 suites), restaurant, club bar, roof terrace with pool and bar, spa and spacious meeting rooms. The establishment will continue to be managed by Bless, the Palladium luxury chain, part of the Fiesta Hoteles group, owned by the businessman, former popular minister and former Francoist mayor of Ibiza Abel Matutes.

Until now, the main partner of Breda Capital included Pintor Hodco SL (50%), an Aina company controlled through a Luxembourg firm that has among its investments a hotel in Berlin belonging to the Axel chain, specialized in the LGTBIQ + client.

Next was CM 16 SL (20%), chaired by Jaime Ardid Martínez-Bordiú and who, as revealed The newspaper In 2018, she owned a property that operated for years as a brothel on the Paseo de las Delicias in Madrid.

The businesses of this branch of the Franco clan go beyond the brick or the hotels. The Ardid Martínez-Bordiú share positions in companies such as Artemis Tours, a luxury tour operator focused on the world of fishing in which Javier Marín, former CEO of Banco Santander, also appears as a member. They were also shareholders of Dulcinea Nutrición, a restaurant company that served meals to immigrants in Ceuta and is in bankruptcy after starring in a series of defaults to workers in public offices such as La Moncloa.