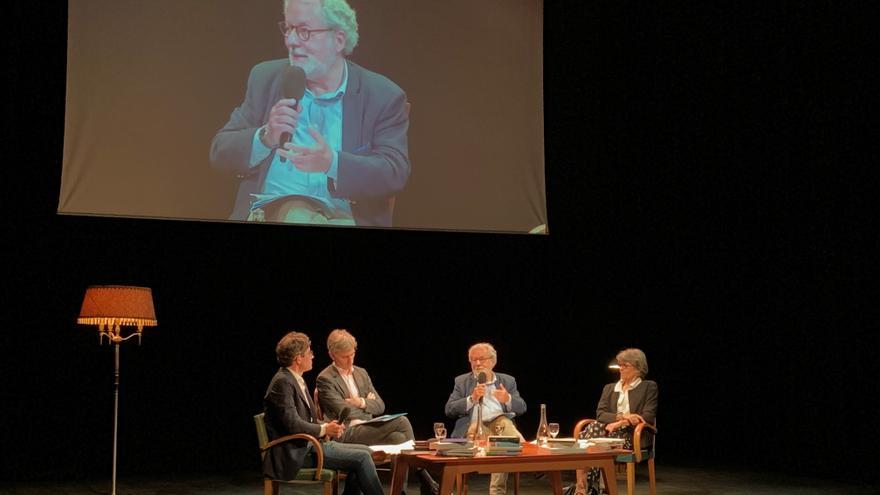 Paris, Jun 29 (EFE) .- Some 45 countries will participate in September in the General Conferences of the Book in French in the world, which will take place in Tunisia with the aim of boosting the publishing market in this language and ending the strong asymmetries that characterize it.

Representatives of the publishing industry and the world of literature were present this Tuesday at the Maison de la Poésie in Paris to present the meeting, organized at the request of the French president, Emmanuel Macron, and demanded that concrete solutions be provided at the Tunis meeting .

According to a study carried out for these conferences, the global income from the sale of books in French is estimated at 5,000 million euros per year. Europe and North America represent 95% of that market. France alone accounts for 85%.

The remaining 5% is distributed among the other countries of the French-speaking world (about 300 million people) mainly in Africa, where the largest of all of them is the Ivory Coast, with 1% of the income.

These analytical works have also revealed the difficulties of access to books written in French in developing countries.

The average price of a book in France represents 0.34% of the monthly GDP per inhabitant. In sub-Saharan Africa this book is 12 times more expensive, when produced locally, and up to 30 times more, if imported.

“If these proportions were applied in France, the average price of a book would be between 150 and 325 euros, compared to the 12 it costs,” said Sylvie Marcé, general curator of these Conferences, which will be held on September 23 and 24 in the capital of Tunisia with about 400 participants.

The Franco-Moroccan writer Leila Slimani, winner of the Goncourt award in 2016 for her novel “Chanson Douce” (Sweet Song), spoke at the conference as the personal representative of the French president for the Francophonie, and recounted some of the problems that she herself has experienced as an author.

“At some book signing in Morocco, I have been approached by young people who had to buy the book between four or five to be able to read it,” said Slimani.

The author (Rabat, 1981) explained that one of the first claims she made to Macron when she assumed the position of ambassador of the Francophonie was the need to structure the vast space of the French language that currently lacks a framework worldwide.

The Tunisian editor Karim Ben Smail regretted in his speech that today if a bookseller wants to buy a work by a Moroccan author he must go through France, which increases the price, to which customs costs will also have to be added.

The Tunis meeting will bring together politicians, associations of booksellers and publishers, unions and writers to try to create links between the countries involved and to structure and professionalize the sector in the most fragile territories.