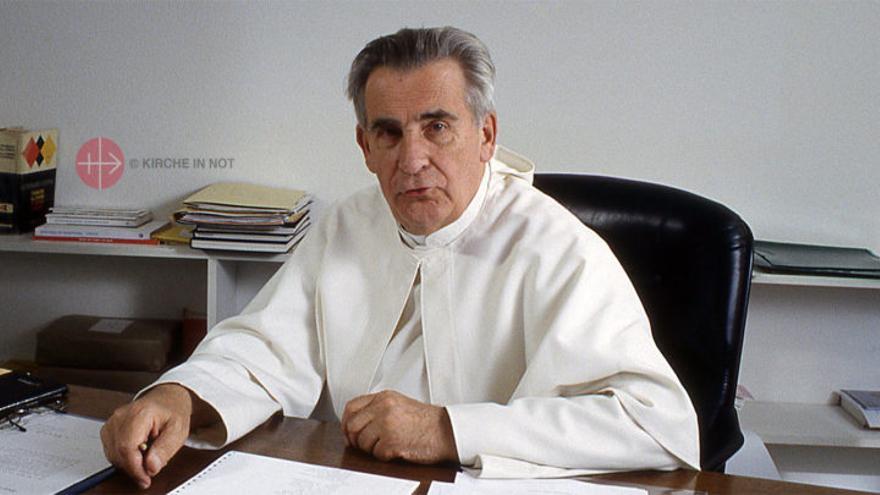 He was one of the great managers of the solidarity of the Catholic Church in the world. Werenfried van Straaten, better known as ‘Father Bacon’, was the founder of Aid to the Church in Need, an institution that has become the great guarantor of persecuted Christians in the world. Now, an investigation reveals a harsh accusation against the Premonstratensian religious, who died in 2003 and whose beatification process has been stopped by the Vatican. This is an attempted rape.

Werenfried’s victim (an AIN worker) reported the attempted rape, which occurred in 1973, to the institution, in 2009. The woman wanted to remain anonymous, and prevent, with her testimony, that her alleged rapist went up to the altars. In fact, Piacenza assured that Rome would not consent to the beatification of the religious, but ordered secrecy, and only the directors of the organization were allowed to inform. “One must avoid transmitting an erroneous image of the institute due to the acts of its founder,” said the cardinal.

According to the publication, Aid to the Church in Need was aware of the process, and in fact the victim was believed, who was compensated with 16,000 euros “in recognition of her suffering.” Regarding the rest of the accusations against Werenfried, the organization admits them and qualifies them as “very serious”. However, they justify that nothing was published “to avoid damage to the reputation of the institution” and its work around the world.

Dutchman Werenfried van Straaten, born in 1913, known as ‘Father Bacon’, was known for his campaign, after World War II, for reconciliation in Germany. In 1948 he founded Aid to the Church in Need, which was recognized in 1984 as a papal association. In 2011 it became a Pontifical Foundation, since then it has been chaired by Cardinal Piacenza.