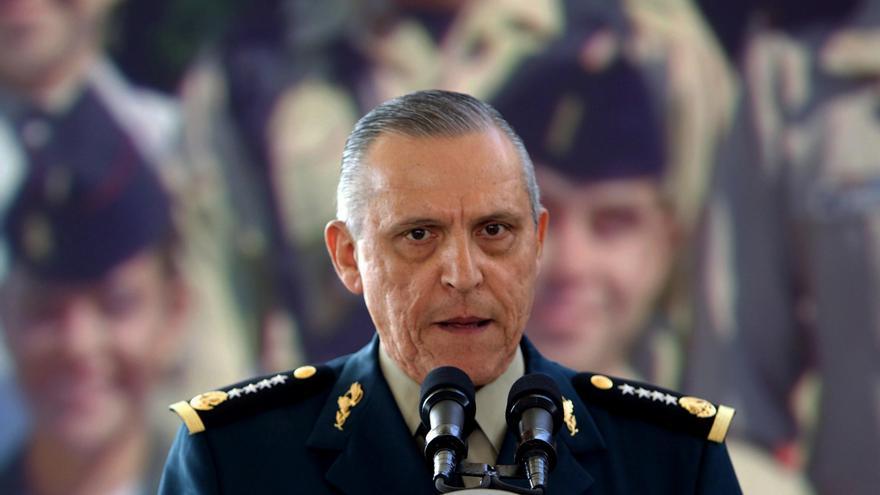 Mexican General Salvador Cienfuegos, Secretary of National Defense during the government of former President Enrique Peña Nieto, has been detained this Thursday in the United States, as reported by Mexican Foreign Minister Marcelo Ebrard. Cienfuegos was arrested upon arrival at the Los Angeles (California) airport.

“I have been informed by Ambassador Christopher Landau of the United States that the former Secretary of National Defense, General Salvador Cienfuegos Zepeda, has been detained at the Los Angeles Airport, California,” said Ebrard. The information on the capture does not detail the causes or crimes of which General Cienfuegos is accused, although Europa Press indicates that it is awaiting a series of charges related to drug trafficking. “The Consul General (of Mexico) in Los Angeles will be informing me of the charges in the next few hours,” said the head of the Ministry of Foreign Relations (SRE).

With his arrest, Cienfuegos has become the highest-ranking former official arrested in the United States after the capture of Genaro García Luna, former head of the Calderón Public Security Secretariat. García Luna was arrested in December 2019 in Dallas (Texas, USA) on drug trafficking charges and for having received bribes from Joaquín “El Chapo” Guzmán, leader of the Sinaloa cartel, to allow him to operate with impunity in the country.

According to the indictment, between 2001 and 2012, García Luna received this money in exchange for providing protection to the Sinaloa cartel for its drug trafficking activities. Between 2001 and 2005 García Luna headed the Federal Investigation Agency (AFI) of Mexico, which was created in 2001 during the presidency of Vicente Fox, to later become Calderón’s Minister of Public Security.