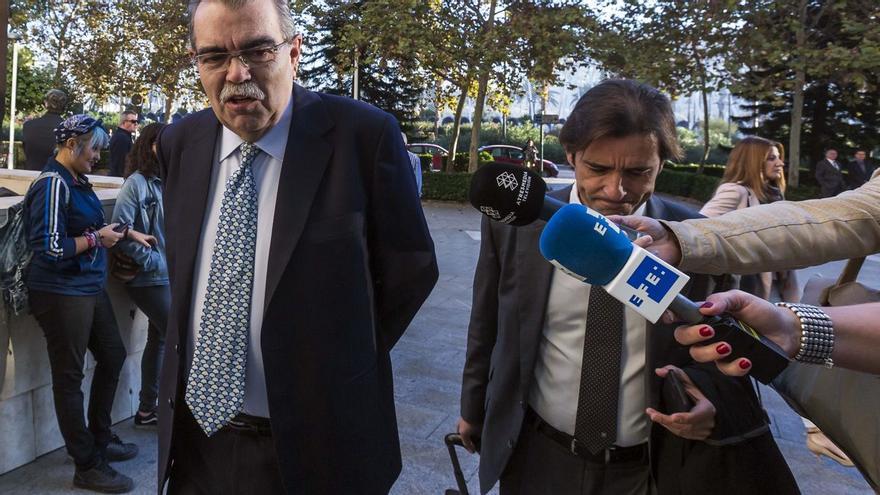 The Supreme Court (TS) has acquitted of all charges to the former president of the Valencia Football Club Juan Bautista Soler and the other three condemned by him Attempted kidnapping of the also ex-leader of the club, Vicente Soriano, in the spring of 2014. Sentence upholds the appeal filed by the defenses and declares the nullity of the recording that incriminated the former in the plot to take the former president by force, retain him against his will in order to force him to transfer a large sum of money to them. Thus, Soler’s sentence to two years in prison issued three years ago, in October 2019, by the Valencia Court is revoked.

The Chamber considers, as proposed in its appeal, defense of Soler, exercised by the lawyer Andrés Zapata, that the recording was made illegally by one of those implicated who acted as a confidant of the Police and that this irregular way of obtaining it invalidates the only evidence against the accused, since none of them recognized the frustrated attempt to kidnap or the plan to commit the robbery with violence, which consisted of robbing Soriano’s home to steal “several million” from him and take that money to a security apartment owned by Soler.

The background to the conflict between the two former club presidents was the debt that Juan Soler claimed from Soriano, recognized in the courts. According to two judgments of the Supreme Court, Soriano and Inversiones Dalport had to pay him 39 million euros for breach of the contract for the sale of shares. Previously, the high court had also ordered Soriano and the company to pay Soler 20 million for non-payment of the first of the four promissory notes for the sale of club shares.

Soler and the other three defendants had been initially convicted by the Valencia Court, with a particular vote against, based precisely on that recording made by one of the alleged implicated in the plot, who, once he was asked to participate in the kidnapping, met with an agent of the group of robberies of the National Police, whom he knew because he had been detained previously, and he told him about the plan, which consisted of kidnapping Soriano taking advantage of his daily morning routines and demanding that he pay “an indeterminate amount.”

In parallel, the plan, which was frustrated with the arrest of Soler and two others, went through later assault Vicente Soriano’s apartment and steal what they “several million” that they believed he was hiding in his home, as the judgment of the Audiencia de València now revoked.

The idea of ​​recording the meeting: bad photos and lack of surveillance

Once he confidant exposed the kidnapping planning, the agents of the Robbery group began an operation that included equip your collaborator, at his suggestion but without communicating it to a judge, with a tape recorder to capture the conversation with the details of the plan that were agreed during a meeting held in an apartment in Soler and that would end up assuming the evidence against the accused.

The invalidation of the test is not really based on the fact that it had been obtained outside of judicial control, but, above all, because the Supreme Court consider a “short cut” by the cops for “overcome the obstacle that the constitutional guarantee of the right not to confess guilty can represent for the success of the investigations “.

In fact, a recording between individuals, in which one of them is unaware of the existence of the device, is legal and may constitute legitimate evidence, as long as it is not a police ploy and that it has not been devised as a burden of proof beforehand. In this case, the Supreme Court slays the investigators, who he reproaches for having used this means without even communicate it to a judge, which would have given guarantees to the process that possibly would have ended in conviction.

The confidant, who was not arrested and for whom the police themselves suggested the status of protected witness, a situation that remained during most of the judicial investigation until the judge finally lifted that protection and imputed it in the case, the Supreme Court now says “was not an individual who, for one reason or another, outside the exercise of the ‘ ius puniendi ‘of the State decided to record the conversations it had with its interlocutor. On the contrary, he acted as a true ‘amicus denuntiatoris’ at the service of the agents who assumed the initial step of the investigation. ”

According to the judgment of the Supreme Court, the idea of ​​recording that meeting was the idea of ​​the informant, after learning that the agents had obtained very low quality photographic images from a previous meeting So what they had not followed the suspects either “so as not to spoil the operation”, in the words of the author of the recording reproducing the explanation that the robbery agent gave him.

Thus the things, the high court affirms: “Note that is the obtaining of a defective evidentiary material -low-quality stills- what leads officers to use much more secure incriminating testimony, namely, the statement of the confidant reinforced with the support of the clandestine recording of conversations that he was going to keep with the co-defendants. ”

The confidant, continues reasoning the rapporteur of the sentence, “lends itself to fill the gaps in a source of evidence initially unsuitable for its poor sharpness -the frames– and to solve the nervousness of those in charge of the investigation, caused by a leak. All this in a context that dispensed with any knowledge and authorization by the judicial authority, to end by concluding that, in this particular case, that “shortcut” has vitiated the whole process, for which they absolve Soler and the rest of the co-defendants.