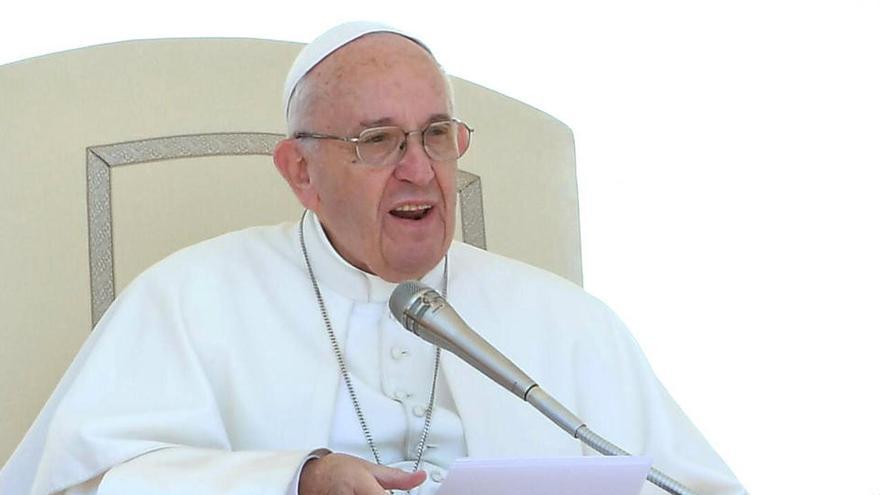 Francisco, in his encyclical, calls for a break with the “dogma of neoliberalism to build a more just world.” The Pope refers especially to the poorest and most vulnerable. However, the former president of the Balearic Government takes advantage of his official Twitter profile to send an unprecedented missile by a right-wing politician against the Supreme Pontiff. “The encyclical as a communist allegation is a lack of respect for millions of Catholics who every day improve the world altruistically thanks to the wealth generated by economic freedom,” says Bauzá without disheveled in his tweet. Immediately afterwards, the orange MEP attacks Pope Bergoglio with a phrase that many have interpreted as an attempt to ridicule the Holy Father: “Better speak of God and put the economy aside,” the apothecary sentenced in his final statement.

The encyclical as a communist allegation is a lack of respect for millions of Catholics who every day improve the world in an altruistic way thanks to the wealth that economic freedom generates.
Better talk about God and put the economy aside.https://t.co/dkb2JNl3cn

The message from the Cs MEP generated more than 2,500 likes and 1,300 comments. Most of the latter were to mock the former president and senator of Marratxí. He missed this harsh attack by the pharmacist on the first authority of the Church. Among other things because he is a fervent believer.

Serbian girls in love with Mae

The Minister of Agriculture, Mae de la Concha, brought out her mystical aspect yesterday in the Parliament to talk about fishing. In a poetic tone she defended the restrictions on the capture of the amberjack, also known in Mallorca as verderol when it is younger, saying that “they are in love.” De la Concha explained to questions from the PP the request made to the Ministry of Agriculture to prohibit the capture of this species during its breeding season. Showing her concern for the feelings of the fish, the head of Agriculture and the Government’s head of Fisheries said: “It is very ugly to kill amberjacks when they are in love.”

The councilor immediately argued her romantic phrase: «Amberjack is a solitary fish that only gathers in banks during the breeding season. When this occurs, large quantities are caught and the reproduction and continuity of the species is impaired. ‘ For this reason she reminded the popular ones, who questioned her initiative, that during reproduction the Serbian women “are in love” and it would not be acceptable to separate them from their love. The occasional deputy wondered what will happen when Minister De la Concha finds out about the sentimental situation of cows, sheep, pigs and goats. “Animal polyamory can be unleashed,” said a right-wing MP in a humorous tone.

Iago Negueruela, the superconseller of the Government’s Economic Model, Labor and Tourism, did not lack anything else that they gave him another nickname. Yesterday in the debate of the Parliament the leader of the PP of the Balearic Islands, Biel Company, took advantage of his pulse with the president Francina Armengol to tell her: “You and your starry minister lead the negative figures for Spain.” Negueruela’s name did not come out of Company’s mouth, but all eyes in the chamber were directed towards the strong man of the Executive. Company listed its reasons for this nickname: failure to open up tourism, safe corridors, and unemployment figures. For this reason, the popular considers that “he has crashed” in his policies.

Vox sneers at Més’ initiative to call for self-determination and a referendum on the monarchy or republic. He compares her to fictional characters from Narnia, Peter Pan or the Lord of the Rings. The far-right formation presented two amendments to the nationalist Non-Law Proposition (NLP) with the clear objective of ridiculing it. They were presented by the deputy Sergio Rodríguez. Vox’s first amendment, in allusions to Més’ request for control over the Royal Household, states: “The Balearic Parliament urges the Congress and the Spanish Government to exercise the necessary control so that the Dark Lord of Mordor does not exceed his limits in its functions and the constituent processes in La Comarca, Rohan and the rest of the Middle-earth territories can be developed without interference. “The second amendment laughs at the referendum petition:” The Balearic Parliament urges the Government to take Narnia into account in the referendums on monarchy or republic and to clarify the formula of government of the Land of Never Never.