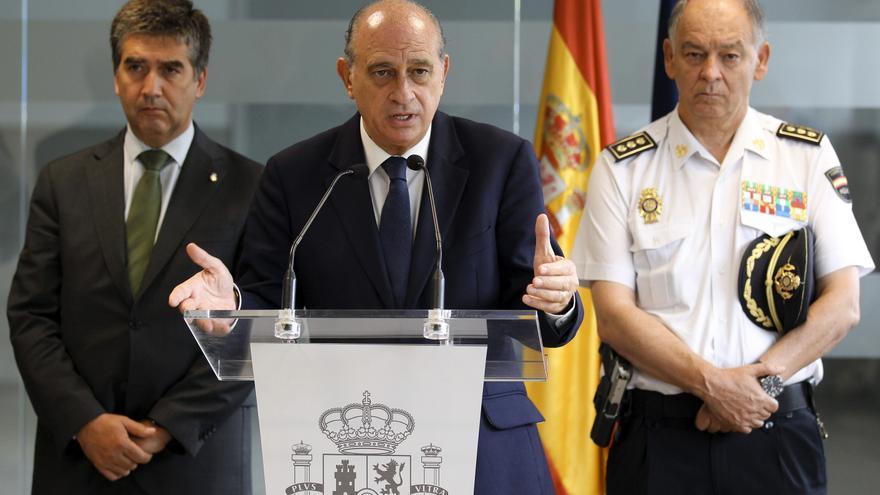 The former number two of the Interior, Francisco Martínez, exchanged messages by ‘whatsapp’ with the then Deputy Director of the Police (DAO) Eugenio Pino to agree to maneuver with the intention that the ‘Kitchen’ operation would not end them by affect judicially. “Eugenio, seeing what I’ve seen, I don’t think they have much,” Martinez said in a message to Pino sent on November 11, 2018.

This conversation, which appears in the report drawn up by the Internal Affairs Unit of the Police (UAI), to which Europa Press has had access, collects the data of the dump of the mobile phone that was intervened on Martínez in the framework of the separate piece that is instructs in the Central Court of Instruction number 6 on that operation financed with funds reserved to spy on the former treasurer of the PP Luis Bárcenas.

“Regarding reserved funds, everything is secret. It cannot be confirmed or denied. Nor can anything be said about confidants: neither confirm nor deny. If we did, we would commit a crime. And we’d better erase the messages after sending them, ok?”, Wrote Martínez to Pino, below.

After this, Pino replies that he believes “sincerely that there is a campaign” and that the information may come from his “old house” – probably referring to the Ministry of the Interior. “They have nothing because there is nothing,” insists Pino.

“It would be great to have information from other confidants”

At that same message junction, Martínez asks the former DAO that since “there will be notes on many things,” all the information he can gather will be useful to them. “It would also be great to have information on informants who intervened in other types of police operations, especially if they affected other parties,” he says.

After that November 11, in which they had an extensive conversation, on December 2 of that year, they addressed the possible declassification of confidential information at the request of the National Court, before which Martínez offered Pino to speak. “We talked, but I have it clear, it was an intelligence operation in support of PJ (Judicial Police),” the former DAO replied.

Martínez agrees with him that “PJ’s justifies everything”, despite which he proposes “some ideas.” “For example, they say that Bárcenas was robbed, did he ever denounce a robbery?”, He explains, to which Pino replies that no and that “they also asked him and said nothing at all.”

The Internal Affairs Unit of the Police (UAI) adds that this allusion to the fact that the former treasurer of the PP did not report any theft is used “as an element that reinforces the legality of the action.”

“What’s the problem with paying for information?”

In another conversation on December 11, 2018, one day after Sergio Ríos – a driver from Bárcenas and a fellow from the Kitchen – refused to testify before the then investigating judge Diego de Egea, Pino and Martínez talk about the journalistic information that indicate that in the ‘Kitchen operation’ “it was paid in exchange for information” and that it was “stolen.”

“But what’s the problem with paying for information? They say it’s a one-page report,” asked the former secretary of state, to which Pino reassured him by saying that “none, but something has to be said to the judge. It is well said.” . “There is no problem at all. Someone is behind trying to mess up,” concluded the former DAO.

The former DAO also tried to provide information to Interior number two, both accused in the Kitchen, about the operation, acknowledging the existence of four confidants, one of whom – later called ‘kitchens’ – would have been paid in three different stages in relation to the handling of funds by the commissioner Andrés Gómez Gordo, a certain “Marcelo” and José Manuel Villarejo himself, the retired commissioner who is the main investigated in this case and who has been in prison since November 2017.

At another point in the conversation, via WhatsApp application, Pino reveals to the political official that as far as he knows there were “four confidants.” Faced with his request about who they were (not their names), about the jobs they performed, he replied: “An escort, prisoner, businessman, family.”

At the same time, Martínez tells Pino that Bárcenas had informants around him who gave all kinds of information and some of them came to charge up to 3,000 euros a month, for what has reached him. But Pino replied that no, that “the maximum was 1,500-2,000” euros.

“I think (…) It happened like this with kitchens,” Pino responds. A fact that was of interest to Martínez, who confessed that “this information is very important.” “Everything you can specify, this type of data will come in handy,” he adds.

Regarding another of those investigated, the former police officer also implicated Enrique García Castaño, alias el “Gordo”, they point out that he had a secondary role in this matter, supporting only some appointments or follow-up. It follows, according to the investigators, that either the former DAO did not want to make explicit in his communication with Martínez the true role played by the ‘Gordo’ or he had limited knowledge regarding the scope and objectives of the operation.

According to these wiretaps, Pino points out that it would have been agreed that the information obtained in Kitchen should be transmitted to the UDEF, which was the judicial police appointed to investigate the Gürtel plot, and adds: “I did not follow up, but that of Switzerland it came out there “, giving Ministry number 2 great value to the fact that the information obtained had been recorded in GATI, a mechanism that guarantees the necessary coordination between investigations.

This coordination between investigations, however, did not take place until 2015, two years after the start of the Kitchen operation, and with a content that differs from the information actually obtained, as the investigators have already communicated to the investigating judge of the case, Manuel García Castellón.

Internal Affairs conclude that, once the ongoing investigation is published in the press, Francisco Martínez tries to gather information through Pino (hence the crossed messages), although “he shows an apparent ignorance of the operation that is not consistent with the content of the chats, notarial protocols and notes “that appear on your phone.

Among the messages collected for investigation, another one dated December 12, 2018 stands out in which the number two of the Interior is concerned about the state of Pino before the judicial investigation, to which he responds: “Let’s see, I have nothing What to see and something has been done is because legally I could, really Paco. All the news that is leaked is against you, more Cosidó (Ignacio, former director general of the Police) than you, and that is what you should take into account ” .

Villarejo in the “dynamic of fucking everything up”

Interested in the existence of political maneuvering, Martínez is reassured by the former DAO, who adds that Villarejo (aka PPK) “is in the dynamic of screwing everything up” and not because of politics but “to divert upwards.” He adds that “someone is pointing at him and he needs to have received orders, because if not, who was he obeying?”, And Martínez ends in response: “Obviously everything was legal for everyone. .

Pino adds as a climax to this conversation that “then Sanz Roldán will come and then? Who does not help. His wife is collecting money and woe to who does not give it. When it comes out worse.”