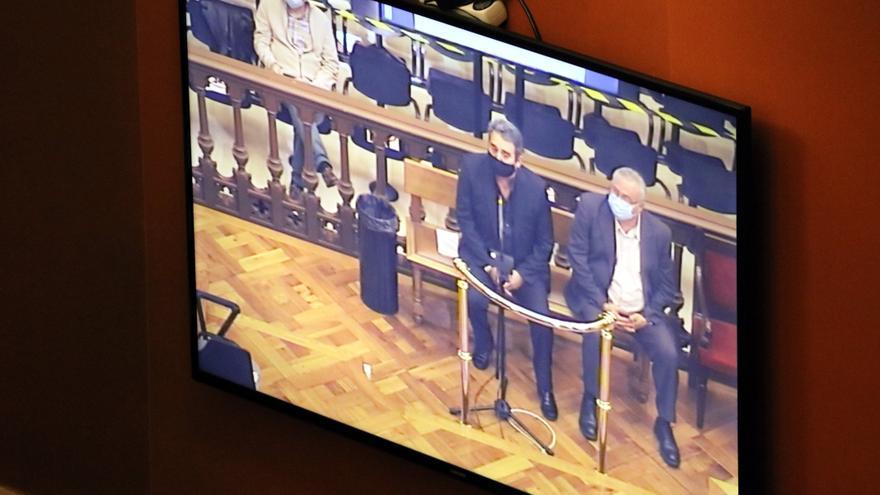 The former mayor of Sabadell Manuel Bustos has admitted that the Vallès Occidental waste management consortium paid for the trip to the PSOE congress in 2012 with public money and has returned the 326 euros that the trip cost. In a brief hearing at the Barcelona Court, the third piece of the Mercurio case has been closed with a conformance agreement between accusations and defenses.

Apart from Bustos, who has been considered civilly liable for benefiting from corruption in the waste consortium by traveling for free to the congress of his former party, the former manager of the entity and two other consortiums of the Vallès Occidental, Francisco Fernández, has accepted three years in prison and six years of disqualification for embezzlement and falsification of documents.

Bustos has not been sentenced to prison terms in this piece, but he is pending entry into jail. The Supreme Court has to decide whether to uphold his second conviction in the Mercurio case. The Barcelona Court sentenced him to three years in prison for urging that the Local Police forgive traffic fines to his wife and son. With his first conviction, he managed to avoid jail in exchange for a course on corruption prevention.

Fernández has acknowledged having fraudulently diverted 32,877 euros between 2011 and 2012. In exchange, the Prosecutor’s Office has asked for the suspension of prison entry if he has not committed a crime in five years and two years ago of work for the benefit of the community and a course on ethics and moral in business. The Vallès Occidental County Council and the Sabadell Lliure de Corrupció platform, which carry out the private and popular accusations, have accepted the sentence, but are opposed to the suspension of the prison.

As it is considered proven and will appear in the sentence, Fernández “abused his position” and used the cards of the public consortiums that he presided over to make hundreds of payments not related to work and improperly collected hundreds of allowances: he collected more than 17,000 euros from waste consortium for dozens of trips not made in Madrid, Valencia, Asturias or Bilbao, which he justified with false documents signed by him. With the Teletac card of the same consortium, he paid 174 euros in motorway tolls for private routes, many of them on weekends.

Fernández doubled and even tripled the economic compensation that corresponded to him for mileage with his own vehicle and maintenance, since he claimed it in addition to two consortiums simultaneously. With this system he improperly charged more than 7,100 euros in total from the three consortia.

He also paid with public money for gasoline, gum, condoms, charcoal, parking, food and bread. In total, 1,752 euros were spent from the tourism and waste consortia. He also claimed and collected 135 euros from one of the consortiums for activities organized and paid for by another of the consortia he directed. Finally, he claimed for mileage distances greater than those he had actually done, especially for the waste consortium. At least he improperly charged 5,000 euros in this way.

In addition, he authorized the payment through the waste consortium of his expenses for flights, accommodation, restaurants and parking to attend a federal congress of the PSOE in Andalusia in January 2012 with funds from the waste consortium. He benefited from 684 euros, and authorized the payment of expenses for the same congress in Bustos, 326 euros, and Gallardo, 508 euros.