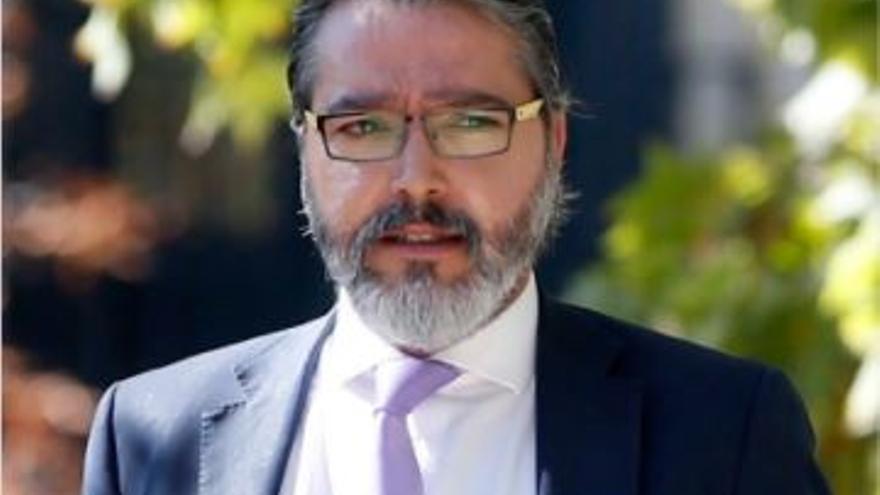 The Provincial Court of Madrid has sentenced the former mayor of Brunete Borja Gutiérrez to two years in prison for having tried to bribe the then Councilor for Union, Progress and Democracy (UPyD) Isabel Cortina in July 2014 to achieve an absolute majority of the PP.

This is stated in a sentence, to which Europa Press has had access, in which the ex-governor is punished as responsible for a crime of bribery with the aggravating circumstance of prevalidation of public office and the mitigating of undue delay. In addition, the magistrates impose a six-month fine on the former popular mayor with a daily quota of ten euros. They also sentence a police corporal to one year and six months for the same crime.

The former popular governor denied in the trial the facts for which the Madrid Prosecutor’s Office accused him, which requested three and a half years in prison. The private prosecution raised the sentence to six years in prison. According to the former mayor, he only spoke about “political issues” and stated that these conversations were specifically framed within “political activity.”

The Madrid Prosecutor’s Office accused him of allegedly offering personal and professional benefits to the aforementioned mayor. The representative of the Public Ministry accuses both the accused and SCT, a corporal of the Brunete Municipal Police, a crime of bribery.

The process has its origin in a complaint filed by the magenta formation and the councilor herself. The investigator of the case appreciated “sufficient evidence” that the then mayor and a local police corporal “tried to influence” Cotrina after the municipal elections in May 2011.

According to the judge, they wanted him to be absent from the sessions in which certain points that interested the mayor were to be voted on or to leave UPyD to be part of the local Government Board and obtain the absolute majority that they had only one councilor away. In return, the mayor allegedly offered him “personal, political and professional” favors.

With this they supposedly tried to approve the municipal budgets; the approval of the proposed agreement between the City Council, the Community and the Canal de Isabel II for the incorporation of the municipality to the new Canal management model; and that the proposal to unite the management of sports infrastructures in Brunete, Sevilla la Nueva and Quijorna, such as the golf course, paddle tennis or swimming pools, should go ahead.

To prove these accusations, Cortina attached several recordings of conversations held with both the mayor and the local police officer. Among them, one in November 2012 in which the investigated corporal allegedly proposed a position for her disabled daughter in the private hospital ‘Los Madroños’ in Brunete.

Dr. Cavadas intervenes on multiple skin cancers in an albino patient from Guinea