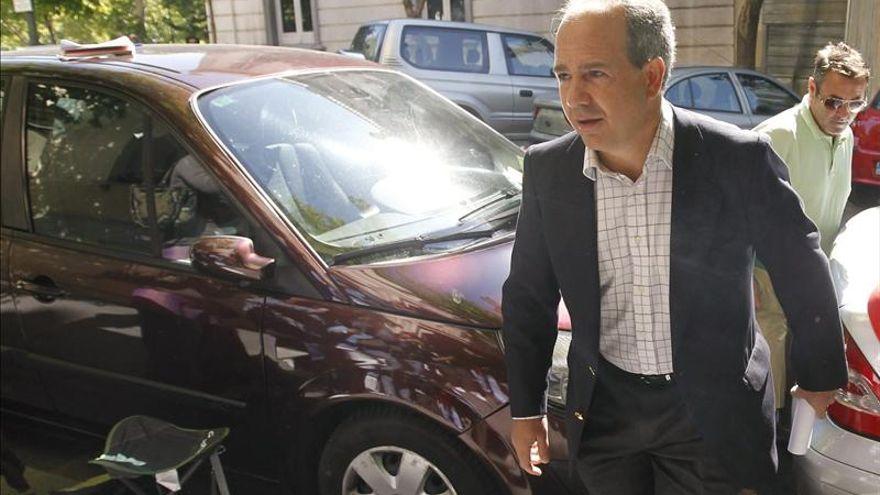 Arturo González Panero, former mayor of Boadilla del Monte (Madrid) for the Popular Party between 1999 and 2009, has just acknowledged that he received 1.8 million euros from the Gürtel corruption network, as the Anticorruption Prosecutor’s Office had incidentally accredited, and that the “regional and national” directions of his political formation ordered him to divert a part to electoral campaigns. Panero will sit as of next November 16 in the dock of the accused of the so-called ‘piece of Boadilla’, within the Gürtel case, in which the PP must answer for having benefited from 204,198 euros from the corruption plot led by Francisco Correa.

The Anticorruption Prosecutor’s Office requests 40 years in prison for González Panero in this ‘piece of Boadilla’. For a year and a half, González Panero has been represented by Gustavo Galán, the lawyer who obtained a sentence reduction for Isabel Jordán and tried to follow the same strategy with Luis Bárcenas, although he finally dispensed with his services.

“I had knowledge and participation in different awards granted irregularly in order to facilitate them to the organization [Gürtel] as set out in this brief of acknowledgment of the facts, which seeks to clarify or complement the factual account of the indictment of the Public Prosecutor’s Office (…) in order to contribute to the clarification of the facts and collaborate with Justice ” , affirms González Panero in his confession, to which elDiario.es has had access.

The former politician of the PP reels off the awards granted to the different companies of the network for which Francisco Correa acted as an intermediary, what he charged for each of them and the system by which the money was entered in Switzerland and returned to Spain through investment Property. In one of the sections it refers to the awards to Constructora Hispánica, which belonged to Alfonso García Pozuelo, who already confessed his participation in the plot during the Gürtel First Era trial.

This company, González Panero explains in his letter, was awarded three projects in 2003 through the “favoring” that he exercised. “As a result of this I received 12,000 euros. Also, in accordance with what was agreed, we allocated another 30,050 euros to the People’s Party campaign related to the municipal and regional elections held on May 25, 2003, as well as to the campaign for the following general elections. which were held on March 14, 2004 “, describes the former mayor of Boadilla. And then he adds: “This was done according to the indications and instructions received from the regional and national leadership of the PP.” At the time of the events, the PP in Madrid was chaired by Esperanza Aguirre and José María Aznar was still at the head of the national formation.

The Popular Party has already been sentenced as a lucrative participant in the First Epoch trial held by the National High Court -sentence later confirmed by the Supreme Court– for benefiting from 255,492 euros from the Gürtel plot in the Madrid municipalities of Pozuelo and Majadahonda. Then, the legal representation of the PP defended, without success, that this responsibility should be attributed to the municipal groups of both localities. According to the written confession, González Panero will defend in the trial of the Boadilla piece that the money spent on campaigns was by order of the party itself at the regional and national level. Last week, the Popular Party was once again sentenced, this time in box B, as a subsidiary civil liability.

González Panero, known to the other members of the network as ‘El Albondiguilla’, affirms that he met Correa through the former leader of the PP José Galeote and how the leader of the Gürtel broke up with him under accusations that he “acted on his own.” . González Panero not only reels off the cash bites but also the payment in spices, through trips or buying clothes.

In one of the points, he assures: “As stated in the letter from the Public Prosecutor’s Office, between 2005 and 2009, the current account opened in the name of the company Longridge, of the HSBC financial entity, was entered, a figure that surely coincides with the 1,212,819 euros that Mr. Correa received as commissions from the compensation system described by the Prosecutor’s Office “. Later, González Panero needed other bank accounts in Switzerland and the receipt of amounts previously laundered by the plot.

The decision to resort to the services of the lawyer Gustavo Galán is proof, according to the former mayor of Boadilla, that his “decision to collaborate with justice and to acknowledge the facts is not born at the last minute.” The trial was to begin on November 10, but has suffered a last-minute delay and will start on November 16.