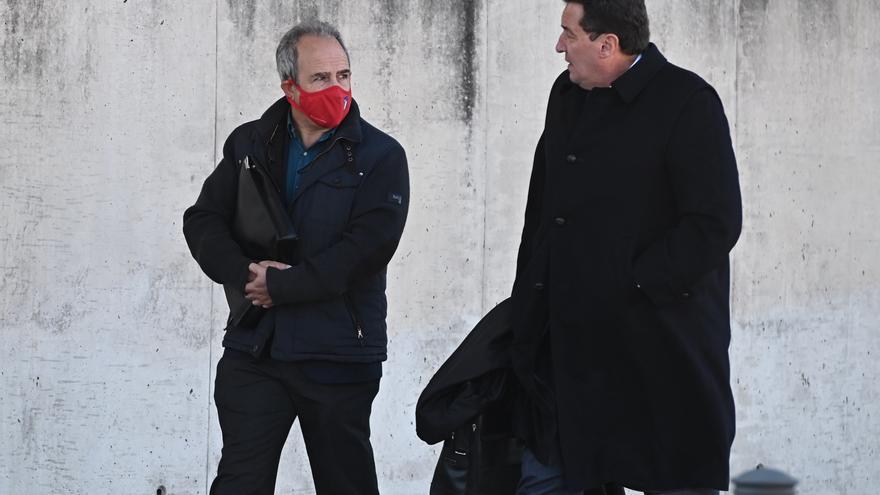 Arturo González Panero, former mayor of Boadilla del Monte (Madrid) for the Popular Party between 1999 and 2009, assured this Tuesday in court that the consistory received “calls from Moncloa” during the presidency of José María Aznar and directives from the regional president of the party, Pío García-Escudero, on various people and actions of the Gürtel in the Madrid municipality.

According to González Panero, known as ‘El Albondiguilla’, in those “calls from Moncloa”, “things related” to the Boadilla del Monte City Council were suggested to him: “No awards, but appointments.” The former mayor has assured that these indications were related to some awards, such as the concession to the Sufi cleaning company. “We were told that to collect the garbage only three days in the urbanization that no, that there had been complaints and that we put it seven. Francisco Correa told me that it had to be done and that, if not, they would call me to tell me”, has explained.

Regarding García-Escudero, he pointed out that it was he who suggested Francisco de la Torre to act as CEO of the Municipal Land and Housing Company (EMSV). “(García-Escudero) is a person who is an architect, and in terms of urban planning and land he actively intervened”.

González Panero, who presented a letter of confession just a week before the start of the trial, he has shed light on how he met the leader of the Gürtel, Francisco Correa, and the influence he had on the consistory. “From the first moment I verified that he had a great ancestry in the PP. From the first meal he not only boasted, but gave a lot of data”.

Thus, and to exemplify Correa’s power, he explained that on “some occasion” he appeared with Alejandro Agag, Aznar’s son-in-law, or even with the former vice president of the Executive Rodrigo Rato. “There I saw that he had an important influence on the Popular Party,” he insisted. The figure of Correa was so large, according to his testimony, that “he entered Genoa without accreditation” when he, despite being mayor, needed one.

In his statement, González Panero has also pointed out how the head of the Gürtel instructed him to “sell” Boadilla del Monte “as an important municipality.” “He told me that I had to dress better than I did. I accompanied him to a shirt shop where we bought shirts for me,” he revealed, assuring that Correa wanted him to put aside the “village” mentality.

At the head of the municipality, the former mayor “let the plot leaders do” and “benefited” from the adjudications in the municipality. As he has pointed out, he would have given preferential treatment to Gürtel both from the consistory and from the EMSV, whose board of directors he presided.

For her part, Isabel Jordán, who is considered the administrator of some of the companies in the Gürtel network, has detailed Correa’s power of influence and how the network worked to obtain the awards. And he has done so, specifically, referring to a dinner in which, in front of other defendants such as Pablo Crespo, Tomás Martín Morales or Alfonso Bosch, he refused one of the awards.

“I was opposed to that contract, they spoke badly to me and a person even kicked me under the table. Mr. Correa told me wait at the end of dinner that I have to tell you something,” he said, pointing out what that the leader of Gürtel explained to him below as they walked along the Paseo de la Castellana.

In addition to detailing her entry into Correa’s circle and how she became an administrator, Jordán has also referred to the former manager of the Municipal Land and Housing Company, Martín Morales himself, when referring to the specifications that were approved.

Thus, and making it clear that he did not want to contradict the statement of the other defendant, Jordán has made it clear that the documents for Boadilla del Monte were prepared by Fernando García Rubio, a lawyer who made those for Majadahonda for 3,000 euros and who was asked to transfer the same to the City Council led by González Panero.

“I never asked Martín Morales for a statement (at events),” said Jordán, who explained that the former manager had the “administrative” part of the companies and what referred to the “legal” part of the contract, making it clear that However, he was not yet in the consistory at that time, but as an external advisor.