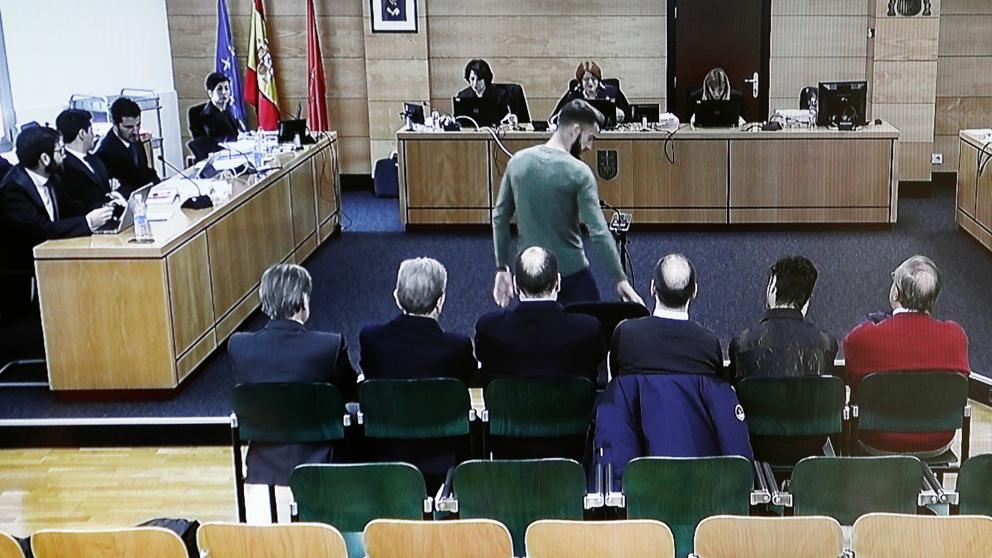 In total 1.6 million were allocated to rig six games of the 2012-2013 and 2013-2014 seasons. The lawyer of the former manager of Osasuna, Angel Vizcay, he maintained yesterday in his conclusions of the trial in the Court of Navarra the confession made by the accused before The league, a story that gave rise to the case at the beginning of 2015. Also, the lawyer asked for the free acquittal of his client since, he said, he always acted following orders from the board of directors of the rojillo club.

Although only the meetings are prosecuted in the case Betis-Valladolid and Osasuna-Betis of the last two days of 2013-2014, in which the Navarrese allegedly paid 650,000 euros to the Verdiblancos to win the pucelanos and lose in Pamplona, the lawyer of Vizcay He insisted yesterday that the plot of threats reached more matches. In the previous season, he said, the Osasuna would have paid 150,000 euros to Valladolid for winning Deportivo, the same amount at Betis for imposing on Celta and, finally, 400,000 euros at Getafe for letting himself win. “Everything was agreed at the meeting,” he said.


He doesn’t ask for any grief

The following year, according to the former manager, the Osasuna gave the Betis footballers a total of 650,000 euros, 400,000 of which, due to beat Valladolid, are admitted by the former directive. Vizcay himself and a former board member, Txuma Peralta, gave the money to several players in a parking lot in Seville. The three imputed players, Antonio Amaya, Xavier Torres and Jordi Figueras, deny having received it. Only Amaya acknowledges a previous meeting in Madrid in which the two emissaries raised the problems but, he explained briefly, “did not leave.”

Likewise, Vizcay is ratified in the alleged pact to tie with Espanyol in Cornellà, out of court for lack of evidence. Yesterday, however, his lawyer insisted that on the eve of the meeting 250,000 euros were delivered to the parakeets in the parking lot of the NH Cornellà, where they were staying. The former Osasuna press team, he recalled, was surprised that Peralta and the player Damià Abella left the hotel together at night and, during breakfast, heard about the agreement.

“It is tremendously difficult to obtain evidence for the law of silence that prevails in football, but there are numerous indications,” insisted the lawyer, who pointed to the coincidence in time and amounts between cash withdrawals from the Osasuna account and the adjustment of matches. The Prosecutor’s Office asks for Vizcay 5 years and 11 months for sports corruption and also for one of the parties of the trial, the misappropriation of funds from the Navarrese club. LaLiga values ​​being “one of the first people to break the omerta in football ”and does not exercise accusation against him.

The lawyers of the then president and vice-president of the entity, Miguel Archanco and Juan Pascual, only recognized the payment of 400,000 euros to Betis for beating Valladolid and they took refuge in the fact that the premiums for winning “are not a crime”. “There is not a single sentence in Spain that considers it,” they said. The Prosecutor’s Office, however, remarked that these, whether the result is met or not, are punishable because they distort the competition. The case can mark a before and after.

Regino Hernández’s reflection that we should all do