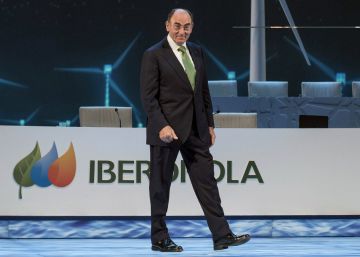 The former security chief of Iberdrola Antonio Asenjo says he feels cheated and has announced, in a brief filed before the judge instructing the Villarejo case, Manuel García-Castellón, that he will not testify before the magistrate and the Anti-Corruption prosecutors. He has also requested that what he said in his two previous interrogations be annulled, in which he collaborated in answering questions about the contracts that the power company signed with the retired commissioner José Manuel Villarejo.

Asenjo has done everything possible, says his lawyer, “to make himself and his memories fully and unconditionally available to the court.” And he adds, in a letter to which EL PAÍS had access: “Now we find that the Prosecutor’s Office and this court want to make it thirteen fourteen.” Asenjo’s defense has repeatedly asked for the removal of the secret from part 17 of the Tandem case or Villarejo case, the one dedicated to Iberdrola, without success at the moment.

Asenjo therefore changes its collaboration strategy. “It will not answer any more questions,” says his lawyer, provided that these are related to audios or recordings whose origin is not informed “properly and whose reliability or legality has not been previously verified by the necessary submission to the timely expert “.

Asenjo’s defense considers that the first two interrogations of his client, on February 3 and 4, should be annulled because he was not previously informed of his rights. The brief relates that Asenjo was so nervous to testify before the judge that he does not have “a clear image of the first hour of his statement.” According to this story, the former manager was eager to “offer light to what he understood was a huge and fatal misunderstanding that had caused the loss of his job and perhaps irreparable damage to the employer with whom he had developed professionally.”

The audios that led to the opening of this separate piece suffer, according to Asenjo’s defense, “from a vice of insurmountable nullity.” The letter says they lack a digital certificate and that they have been edited, and accuses prosecutors of wanting to save their content by “tearing off” Asenjo the recognition that the talks took place in those terms.

Asenjo is quoted to testify next Wednesday. When was interrogated earlier this month He declared that the president of the electricity company, Ignacio Sánchez Galán, did not know the orders that for more than a decade were signed with the company of Villarejo. Asenjo said that the dome of Iberdrola knew about the contracts but I did not know who made the reports. The former director also said that it was he who hired Villarejo and that he was convinced that the policeman was on leave.

The Villarejo case It is not the only criminal procedure that Iberdrola has in vilo. The National Court investigates since May 2017 a complaint from the Anti-Corruption Prosecutor in which he accuses the listed company of devising a plan to alter the price of electricity and thus obtain “an illicit profit of 20 million euros” during the winter of 2013, coinciding with a cold wave. Competition has proven tampering and fined the electricity company in 2015 for these same events with 25 million of euros. The judge of the National Court Ismael Moreno has reactivated the investigations, as EL PAÍS advanced, when requesting reports from organizations such as the CNMC and Red Eléctrica to determine why the light rose 26.5% and the damages that caused.