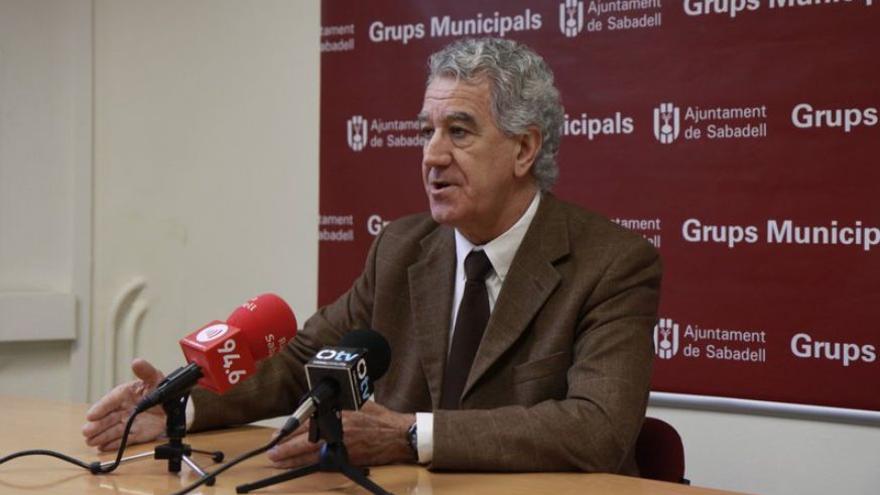 The judge in the Mercurio case, a plot of urban corruption in the period of Manuel Bustos (PSC) as mayor of Sabadell (Barcelona), has left the former councilor of the PP Jordi Soriano one step away from trial with a popular jury, accused of receiving gifts of entrepreneurs in exchange for awards.

In a car, the head of the Court of Instruction number 1 of Sabadell, who has directed this macrocause uncovered in 2012 that ended up costing Bustos the mayor’s office, has concluded her investigation on the first of the separate pieces, focused on the allegedly criminal activity of Soriano, whom he leaves at the gates of trial along with 21 other defendants for the crimes of bribery, influence peddling and money laundering, reports EFE.

After being implicated in the Mercurio case, Bustos –that already accumulates three convictions for the first separate pieces in which he has been tried– accused Soriano, supposed mastermind of the corrupt network, of repeatedly using his name as mayor before businessmen to simulate a capacity for influence that he did not have.

Once her instruction on the separate piece in which the main implicated is Soriano is finished, the judge has summoned the former councilor of the PP and the other 21 investigated – mostly businessmen – as well as the Prosecutor’s Office and others for next February 16 individual parties, to specify their accusation and who may request the dismissal of the case or request new proceedings, before finally sending the case to trial with a popular jury. The defendants also include the former councilor of the PP in Castellar del Vallès (Barcelona) Sandra Roig.

On November 27, 2012, the Mossos d’Esquadra made several arrests and searches for the Mercurio case, a plot of alleged urban corruption with its epicenter in Sabadell, which ended the political career of Bustos, one of the PSC mayors with the greatest projection at that time.

The investigations initially focused on alleged urban corruption in the Sabadell City Council, but the wiretaps ordered by the court uncovered other alleged irregularities linked to the government team that resulted in multiple separate pieces.

As the judge concludes, Soriano took advantage of his status as a councilor of the city council to, beyond the tasks inherent in his position, to mediate in favor of some businessmen in matters of the council, obtaining in exchange an illicit economic benefit. “Soriano acted for reasons unrelated to his public function, making private interests prevail over his duties derived from the position he held at the time of the events,” says the judge, who remarks that the former PP councilor received gifts from several businessmen to obtain different awards.

Soriano admitted in 2013 that, despite the fact that in his time as a councilor he was formally in the opposition, he actually had a kind of “covert government pact” with Mayor Bustos, which is why he had frequent contacts with construction businessmen, but never, according to his version, to collect bribes.