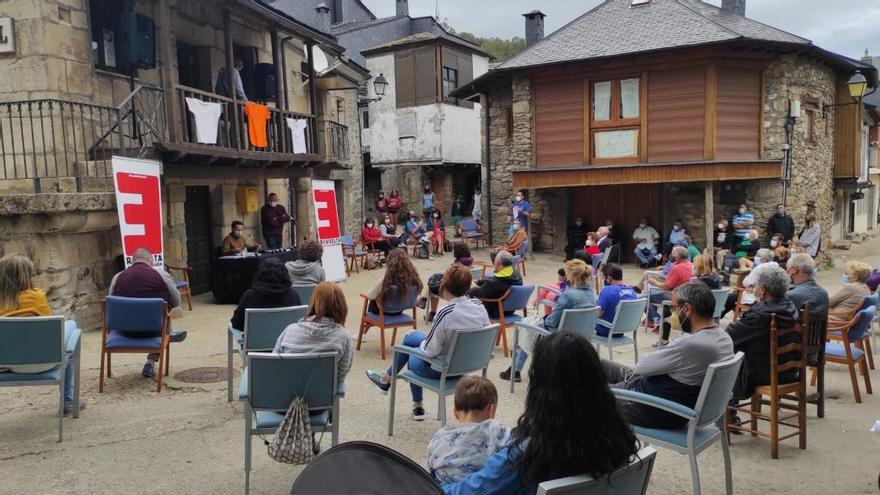 The few, the little heard, the forgotten, mobilize and make the leap to the electoral race. The news reached the media last weekend: the Coordinator of Emptied Spain will create a “tool for political participation” to, this time from the polls, “continue fighting for territorial balance and to reverse depopulation.” The decision, which according to the entities involved was the result of a “deep” debate and broad consensus, was made firm during the III General Assembly of the platform in Priego, a town in Cuenca with less than a thousand inhabitants.

“We had a feeling of responsibility, because after the pandemic we are beginning a process of rebuilding the country and what we are looking for is a more balanced, fairer country, where we can live wherever we want without this entailing a disparity in rights. It is now or never “, asserts Antonio Saz, coordinator in Emptied Spain and representative of Teruel Existe, the fundamental seed of this process. The “zero advance” of their demands and the fatigue “in the face of good words without repercussion”, has pushed them to make the leap into politics.

As was the case with 15-M, Spain once again attends the political articulation of a movement that arose out of indignation and necessity. More than 160 associations from 30 provinces make up this citizen wave with social DNA that began its journey after the so-called ‘Revolt of Empty Spain’, the massive demonstration of March 31, 2019 convened by the social movements Teruel Existe and Soria ¡Ya! A hundred associations joined the demand for a State Pact to stop the loss of population in their territories and as a result thousands of people marched through the streets of Madrid shouting “Being few does not reduce rights”.

The success of the concentration motivated the groups to unite for a common purpose and in June of that same year the Emptied Spain Coordinator was formed to “achieve real and effective measures against territorial imbalance and depopulation.”

In subsequent years, the common work of the members of the Coordinadora has resulted in a development model for Emptied Spain, with 101 measures that address common problems such as rebalancing and territorial cohesion, lack of infrastructure and telecommunications. , the difficult access in these territories to basic services such as health or education, the scarce economic diversification or the lack of development and opportunities, among others. The final document was presented in Congress last May, an episode that the Coordinator described as “exciting and hopeful.”

The Teruel Existe constituency group was the first to break through in the political sphere by winning two senators and a deputy in the 2019 elections. Its leader, Tomas Guitarte, has conditioned his support for the Pedro Sánchez government exclusively on investments for the province and the set of La España Vaciada. His vote was crucial in the Investiture Pact and also in negotiations such as the Budget. In addition, in June of this year, the group announced that it will stand in the next regional and municipal elections.

In the rest of Aragon there are other platforms that are part of the Coordinator such as Rural Mineras, the Association Against Depopulation or Huesca Suena, although in the latter case, they have already announced that they will not participate in the elections.

The one who will do so will be the Soria ¡Ya! Platform, a citizen movement that, like Teruel Existe, has acted as a speaker for the social demands of its territory for more than twenty years. However, the province of Soria has so little population – it does not reach 89,000 inhabitants – that only two deputies correspond to it in Congress, which makes it more difficult to obtain a seat.

They do see more possibilities in the Cortes of Castilla y León, where they have five parliamentarians. “The citizenship has been asking us for some time, but at the moment there is nothing,” explains Antonio Palomar, spokesman for Soria NOW! In other areas of Castilla y León the structure of the platforms is less, although they also intend to present groups in Palencia and León.

Raquel Fernández, spokesperson for SOS Talavera y Comarca believes that this political tool may be “the last chance left” for the demands of these territories to be taken into account. “Otherwise it is very difficult to achieve it given the synergies of the political parties and the Administration itself”, adds Cruz Fernández, coordinator of Cuenca Now.

In other communities such as Extremadura and Andalusia there are also regions that are suffering or are beginning to suffer depopulation and territorial imbalance. Several groups have gathered on the Extremadura Vaciada platform. The community does not yet face the magnitude of the problem that exists in other areas, although Fernando Pulido, spokesman for the platform, warns that it is “a matter of time”, because 85% of its towns suffer a demographic decline. At the moment they do not contemplate the possibility of entering politics.

For its part, in Andalusia, the province of Jaén has become the epicenter of claims. Tflush the III General Assembly of Empty Spain, members of Levanta Jaén, a collective that brings together thirteen local organizations, are looking for the formula to configure themselves to defend the interests of the province in the institutions of the State. Each platform is independent and maintains its mission, but as Juan Manuel Camacho of ‘Jaén Deserves More’ points out, “it is clear that there is a social demand to channel.”

It is still to be determined how the political formation or formations that will be presented to the elections will be, although many coincide in pointing out that the formula would go through a Grouping of Voters or perhaps a federation or provincial coalition with the common ‘surname’ of Emptied Spain. Definitely “Combine the provincial level with the joint state project,” says Saz.

They define themselves as “a bottom-up movement” and make it clear that there will be no leadership from any particular party. In addition, they ensure that the Coordinator it will maintain its social character. “A new chapter opens and what is clear is that the Emptied Spain movement continues. This does not imply that it will disappear to become just another political party. That is ruled out,” says Fernández.

Regarding electoral perspectives, the collectives say they are “conscious and realistic”, but at the same time they keep room for optimism. “They are forcing us, citizens, to get into a fight that is not ours because they ignore us. We are going to take votes from them, to take deputies and senators from them. What good is a deputy to me if he then votes according to party discipline and forgets That he is there because they have voted for him in his province ?, they ask from SOS Talavera and Comarca.

“The people are from the PP, the PSOE, Podemos, but they are also from their land and they are going to vote for someone who defends that,” says Camacho before the corporatist policy of many public representatives that “are due to their initials and not to her land”.

The first reactions in the political sphere are being timid. Reacting is recognizing and that implies giving visibility to a movement that does not interest the big parties. The vice president of the Junta de Castilla y León, Francisco Igea, who belongs to Ciudadanos, called the participation of the platform in the elections “foreseeable”. He pointed out that the groups that form it belong to communities that have been “loyal” and have remained “silent” in the face of the “blackmail of a few” the Government of Spain, alluding to the Basque and Catalan nationalists.

It is too early to know how far this electoral initiative of the Revolt of Emptied Spain will take. The truth is that “the rural” – as everything that happens beyond the suburbs is vaguely called from the big capitals – has become a precious political loot contested by the big parties (often from a distance). Now, a new actor has burst onto the scene and has the advantage of knowing perfectly the terrain he is treading.