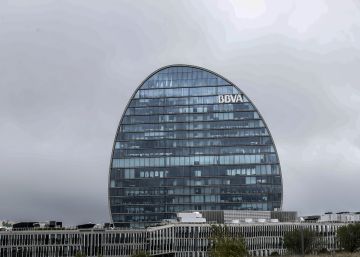 BBVA breached its own purchasing regulations and its code of conduct in the process of hiring Cenyt, the company of former police commissioner José Manuel Villarejo. That is the main conclusion reached by the auditor PricewaterhouseCoopers (PwC) in his forensic contributed to the National Court, and to which it has had access Five days, which states that “none of the contracts with Cenyt that have been analyzed complied with the provisions of the BBVA Purchasing Regulations”.

According to the documentation examined by the audit firm, between 2004 and 2017 the bank signed seven contracts with the company of Villarejo, signed by the director of the Corporate Security Area Julio Corrochano and the director of the Risk Department for Spain and Portugal Ignacio Pérez Caballero, to whom the firm is responsible for violating BBVA’s codes of conduct and internal procedures.

The document details that the entity has an internal regulation (the aforementioned BBVA Purchasing Regulations) that regulates the processes of selection, adjudication and contracting of suppliers when acquiring products and contracting services. This regulation establishes a protocol divided into seven phases (order request, supplier selection and negotiation, adjudication, formation of a hiring commission, contracting of the company, reception and acceptance and billing), which the bank did not follow at the time of Hire Cenyt

Among other issues, the purchasing regulations detail that a bankruptcy procedure must be carried out to assess the best offer, justify the Purchasing department the hiring of a company and form a commission to analyze and validate the proposals and, according to PwC, in none of the contracts was fulfilled.

Specifically, the audit points out in its conclusions that “we have not identified that a supplier selection procedure and contrast of several offers be carried out” and adds that it has not found “supporting documentation on the request for services to the Purchasing Area and that we understand that they should have been carried out by the Corporate Security and Risk Areas ”, at the head of which Corrochano and Pérez Caballero were and who were responsible for hiring the company of the pillage.

Regarding this issue, PwC points out that the Purchasing Area does delegate some contracting functions to the Corporate Security Area when it comes to certain products and services that also do not exceed a specific amount. In the case of hiring Cenyt, the auditor concludes that due to “the nature of the services and the fees agreed with Cenyt, [estos poderes de contratación] they would be outside the established framework ”.
In addition, he explains that “we have not identified the minutes of the Contracting Commission in which the terms contained in the proposal received by the provider Cenyt will be reviewed and validated, with the exception of contract 7”.

Of the seven contracts signed with the Villarejo company, six were signed by Julio Corrochano and the rest by Ignacio Pérez Caballero.

PwC details that Corrochano, for the position of director of the Corporate Security Area that he occupied, had the power to contract all kinds of services that the BBVA group required. However, “although this person could have a legal authorization of representation vis-à-vis third parties, this did not exempt him from complying with BBVA’s internal procedures, so that we can affirm that he did not have the internal powers to directly contract these services to said provider ”.

Precisely, among the documentation examined by the auditor is a 2016 email from Nazario Campo Campuzano (security technician of the corporate security area) addressed to Francisco Javier Montero Valiente (manager of the purchasing department) which describes “the need for Julio Corrochano to contract Cenyt services directly without the usual supplier contracting processes. ”

Regarding Pérez Caballero, PwC indicates that “we have not had supporting documentation that accredits the granting of optional powers to this manager in the field of contracting.” Therefore, the forensic concludes that in addition to breaching the internal procedures, both Julio Corrochano and Ignacio Pérez Caballero, violated the BBVA Code of Conduct “in relation to the application of the criteria established within the entity regarding the acquisition of goods and services” .