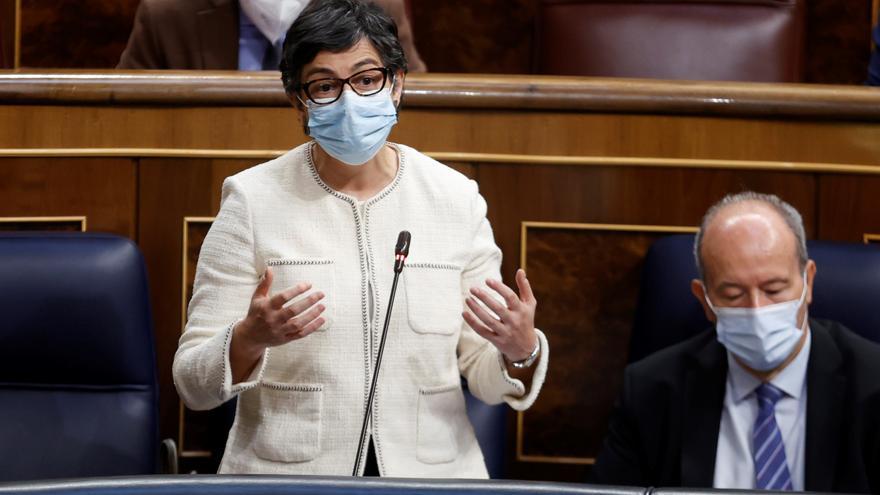 The Government once again points directly to Isabel Díaz Ayuso for the data of the pandemic. In this case it has been the Foreign Minister, Arancha González Laya, who has held the Community of Madrid responsible for the recommendation of the United Kingdom to its nationals not to travel for tourism to Spain. “The figures of that community, by the way, of the worst of our country, count for the average of our country, which the British are using to put Spain at its semaphore,” said the head of diplomacy on the exclusion of Spain from the list of “green” countries due to low incidence of the coronavirus. The Government is convinced, however, that the United Kingdom will include Spain in the list of safe countries in the review of May 20 and, as explained by the Minister of Industry and Trusmo, Reyes Maroto, it is working to territorialize the incidence data accumulated.

“The UK has just published a traffic light listing countries, not regions, based on the epidemiological situation in each country. Spain has been and continues to work with the UK to share all information at the national level and also at the regional regional level (…) so that the United Kingdom has confidence in the way in which Spain and its communities are managing the evolution of COVID, “González Laya began in his response to the PP during the control session to the Government.

From there, he has criticized that the figures for the Community of Madrid, which is the second in cumulative incidence in the last fourteen days behind Euskadi, weigh down the options of Spain in the competition for international tourism. “If you care about tourism make sure that you control the pandemic, that you invite citizens to respect the guidelines and that you encourage citizens to be responsible and thus we will achieve together that the United Kingdom places us on the green light. If not he does that, we don’t need his crocodile tears, “he snapped at the PP deputy Agustín Almodóbar.

Almodóbar, who had begun his speech referring to Ayuso’s victory by assuring that “the people of Madrid sank them”, had reproached the Government for “inaction”, among other things for not “deploying the necessary diplomatic instruments to have safe corridors”, and the “delay” in vaccination compared to other countries. “They are not asked for anything other than to defend tourism, protect it, they have abandoned it. You are not aware of the suffering of the people, you do not feel the slightest empathy with the sector that has given us the most joy and will follow us. giving “, said the deputy of the PP, who has warned that he is in risk that Spain remains as” preferred destination “of the British with a cost that has placed at 3,700 million euros in May and June.

The Government is convinced, however, that the United Kingdom will include Spain in the list of safe countries for tourism this summer, as explained by Minister Reyes Maroto at the press conference after the Council of Ministers on Tuesday. Maroto explained that Spain “has been putting on the agenda for months as priorities” the two British demands to allow the entry of its residents: lower the accumulated incidence and continue the vaccination process. He also explained that the Government works so that the United Kingdom territorializes the accumulated incidence data.