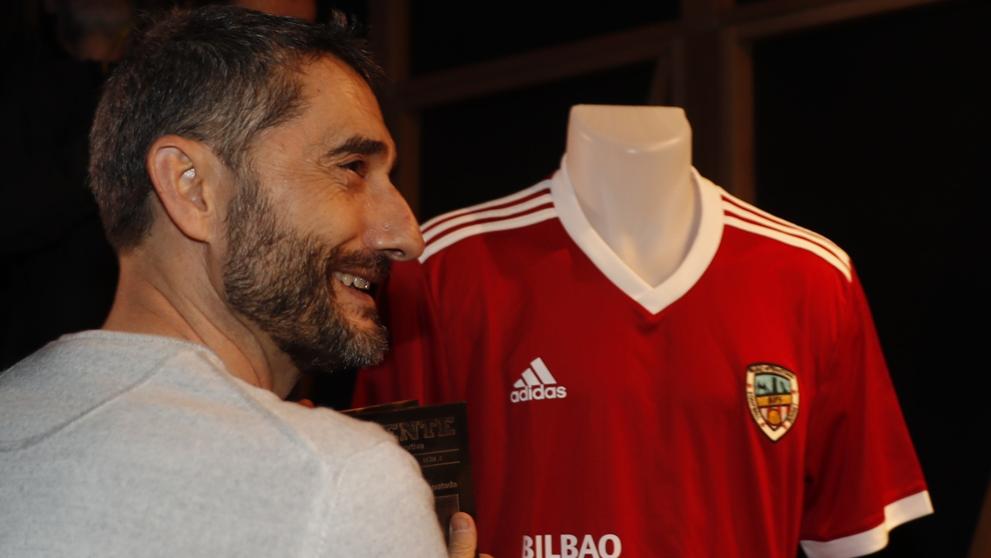 Ernesto Valverde was d
stitched on January 13 as coach of Barcelona dafter not reaching the final of the Spanish Super Cup. An exact month later, the coach has reappeared in public. The Txingurri He participated this Thursday in the San Mamés VIP area in the IV Bilbao International Football Summit (BIFS’20), a series of conferences in which several technicians such as Capello, Robert Moreno or the Scaloni (Argentina), Robert Martínez (Belgium) and Tite (Brazil) selectors participated. With a relaxed look, Valverde, who has left a beard, picked up the Referente prize of this edition.

The former coach of Barcelona recalled his two and a half years on the bench of Barcelona and did so without resentment for his departure. “Why did I go out? It is not a question for me. It is a part of our trade that you have to accept. What would you like it to be otherwise? Yes, ”he reflected, always diplomatic. In his opinion, he considers that the results are what they decide. “We already know that the coach is responsible for the player to hit the ball in the ass and enter,” he said, wryly.

“It is a part of our trade that you have to accept. What would you like it to be otherwise? You are right. But let’s look forward ”

However, Valverde does not hold any kind of resentment to the Blaugrana club when they asked him if he was disrespected in the four days between the defeat against Atlético and the cessation. “I don’t think about whether I have been unfairly treated. It’s about turning the page. Let’s look forward. I don’t have to look back. ”

The Extremaduran coach was delighted with his stage at the Camp Nou, where he won two Leagues and a Copa del Rey. “All the clubs leave your mark and for me training Barça has been an incredible luck. When I went I knew the risk involved and I am delighted to have been there. ”

The coach, who has left a beard, says he has only seen one complete match: Athletic-Barça de la Copà del Rey

In this month away from the benches, Valverde says he has not followed football closely. In fact, he has only seen one complete match: Athletic-Barça of the quarterfinals of the Copa del Rey, in which the Blaugrana lost 1-0 and were eliminated by the rojiblancos, their last two clubs.

Valverde is aware that the two great debacles of Rome and Liverpool marked him. “They are different. In Rome we did not finish being in the match and in Liverpool a goal gave us the classification but they scored us as soon as we started the goal we wanted to avoid and in one minute they scored two goals. They are situations that occur, ”he analyzed. He added that “The Champions League is very complicated to win, like a World Cup or a European Championship. They are tournaments that depend on a match, on a situation. ” On the current season, Valverde insisted that he sees Madrid “strong and very focused on the League.”


The end of the season

“The Champions League is very complicated to win. Madrid is strong and very focused on the League, ”he predicts

The coach, who celebrated 56 years last week, talked about his future. At the moment he rules out a third stage in Athletic. “I see young coaches like Garitano, Etxeberria, Iraola … The future goes through them.” Instead, he would like to try an adventure abroad or exotic. “With Iniesta I was talking about Japan,” he revealed.