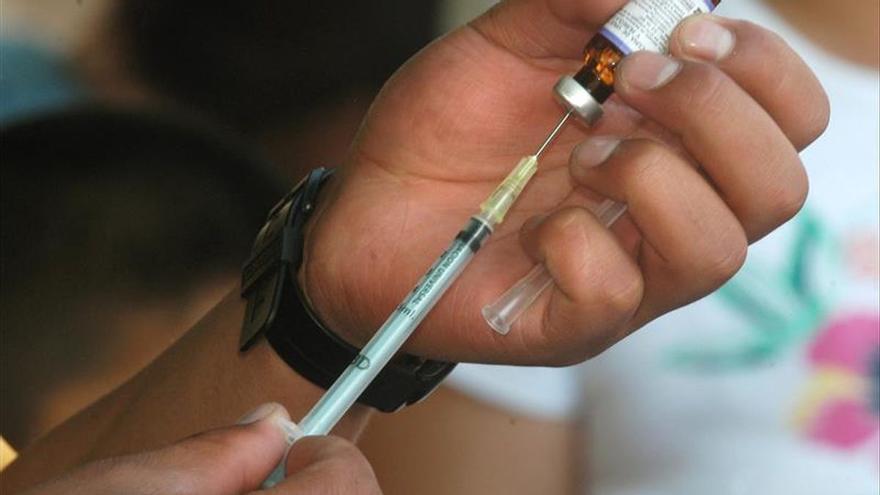 Autumn is approaching in Europe and with it one of the great concerns of health authorities: the flu season. This disease overwhelms the health system every year and, in the midst of the COVID-19 pandemic, that is a problem that is difficult to manage. Last week, the same day that the plan for going back to school was approved, the Ministry of Health approved a prevention agreement with the communities. One of the most relevant points is that the vaccination campaign is going to be brought forward a month this year to be prepared ahead of time: it usually began between the end of October and the beginning of November, and this year it will start at the beginning of October. The other is that it is intended to vaccinate 75% of those over 65 and health workers and 60% of people with pathologies and pregnant women. Starting with the users of residences, the workers of the same and the medical and nursing staff.

These decisions accompany the purchase of 5.2 million doses made by the Ministry this summer, a centralized, additional and exceptional operation due to the health emergency situation. Other years are the communities that get their doses and Health simply coordinates and acquires very few, something more than those that correspond to Ceuta and Melilla. This year the regional governments will also buy theirs: for example, Madrid announced last week that it has allocated 7.8 million euros for 1.3 million doses, but they can count on this reinforcement. As explained by the Ministry, it will be the communities that will administer their vaccines first and the Government will store the 5.2 million it has bought; the distribution will be later as they run out in each region and the needs that exist.

That the flu vaccination campaign goes well this year is especially important for many reasons. In winter, many viruses live with us in addition to influenza, such as rhinoviruses and other coronaviruses that are weaker than SARS-CoV-2 that also cause colds, but influenza always causes a seasonal epidemic and, above all, has a vaccine , and therefore a margin of protection for the population. Under normal circumstances, the flu is “a major problem” in mortality, health complications and economic and social costs, summarizes the Ministry in its document. Every year, unions denounce the lack of resources to deal with it. And in the context of the pandemic and the saturation of the healthcare system that has caused COVID-19, it becomes even more dangerous because “the mode of transmission and the symptoms of the new coronavirus and the influenza virus are very similar.”

In other words, the mismanaged “coexistence” of the two viruses can be fatal because the consequences of both would add up and because people, by confusing their signals, will collapse the diagnostic systems. Some tests are being tested that distinguish between the three viruses and are capable of determining if you have the flu or COVID, although they are not yet established in Spain and they will also suppose an extra work of the laboratories. Some research in recent months has been aimed at teaching the population to be able to distinguish one from another. According to the Center for Disease Control and Prevention (CDC)One recognizable thing about COVID-19 is the loss of taste and smell, which is not associated with the flu. But they have fever, cough, shortness of breath and fatigue in common.

Normally, flu problems, that is, patients begin to arrive at health centers with respiratory problems, begin a few weeks before Christmas and peak between the end of January and the beginning of February, as seen in the curve of the annual reports of the National Epidemiological Surveillance Network. Between now and then, whether things go well depends on several factors summarized by Juan Ayllón, virologist and director of Public Health at the University of Burgos. The first, “that the measures we have adopted, the social distance and the mask, work. A good thing is that we will be able to verify that effectiveness.” Second, “that vaccination expands and everyone takes it more seriously.” Combined those two, “the expectation is that the flu will come less strong. What is surprising and worrying would be that the flu comes like any other year.” But there is a third factor, “the most difficult to foresee”: “That the vaccine works. The flu depends every year on the circulating flu. If we are lucky, this year’s will work well; if we are unlucky as we have had in other years , no”.

Regarding the first, – the effect of anti-COVID measures on the flu virus – some good news comes from the southern hemisphere, where winter is ending. According to a study published this August by the magazine Science, the incidence of influenza in Argentina in 2020 has been reduced compared to 2018 by 28 times; in Chile, in 203; in Australia, at 33; and in South Africa, at 118. It is true that some of these countries, such as Argentina and Chile, have experienced very long confinements and schools have not yet opened, therefore the virus has had fewer opportunities to spread; In addition, as the head of the article, Cheryl Cohen of the African National Institute of Infectious Diseases, many cases were probably missed because people avoided these months of pandemic going to the outpatient clinic. “But I do not think that it is possible that we have completely missed the flu season with all our surveillance programs,” he clarifies, and remarks in the conclusions that much of the reduction in influenza is attributed to travel restrictions, physical distancing and the use of masks.

The second, to achieve this goal of vaccination coverage of 75% for those over 65 and health workers and 60% for people at risk and pregnant women, is a challenge. Other courses our country has lagged far behind these figures. For the 2019-2020 season, the data of the communities are not yet closed, but in 2018-2019 54.3% of people over 65 were reached; 40.6% of pregnant women; and only 35% of health workers. In its 2018 report, the Ministry acknowledged that coverage had been “very low for all groups represented”, and the agreement with the communities for this 2020 expressly calls for “reinforcing the commitment of health personnel organizations” and collectives of the sector.

None of the last 10 years has been able to vaccinate more than 57% of those over 65 less in 2009, when it reached 65.7%. Why? Because in 2009 there was another pandemic, influenza A. Then the Ministry, led by the socialist Trinidad Jiménez, made, as now, a centralized purchase of influenza vaccines with an extraordinary loan from the Government. There was no special campaign but “there were many expectations that year to put it on,” recall those responsible for Public Health at that time. The pandemic had started in the spring. Ultimately, it was not as serious as advertised and caution was lowered. In the end, they say, part of that stock had to be destroyed because it became unusable the following winter.

That the vaccine is not valid from one year to the next is just the third crux of the issue mentioned by Juan Ayllón. Each new season “is a bit of a trial and error,” says the virologist, because there are four strains of flu constantly circulating, and each year the predominant one changes. The one that comes in 2020-2021 may be more or less virulent (“the worst scenario is an h3n3 type”) and the effectiveness of the vaccine depends on the correct composition. The WHO makes its recommendation every year; that of the northern hemisphere has been made since February, based on the viruses that have circulated that year on both sides of the planet, and from there the vaccine begins to be prepared. In the best years, it protects just over 50% of the population, but the 2018 vaccine only reached 25%.