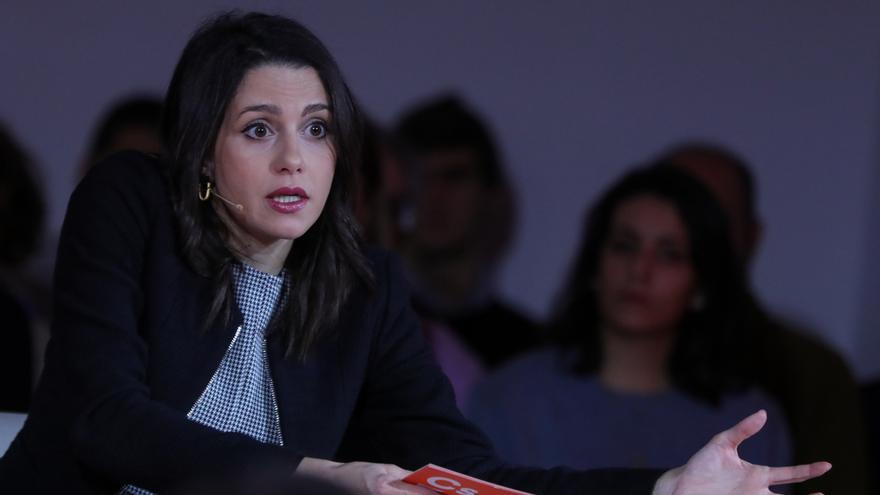 Citizens want to reactivate as soon as possible the Anti-Transfuge Pact parked since 2010, the year in which its Monitoring Commission last met with some parties that now do not exist and without others that subsequently landed in national politics, such as Podemos, Vox or their own training of Inés Arrimadas. The reason for this urgency is what happened in the municipalities of Santa Cruz de Tenerife and Malaga, where two councilors, who achieved their minutes under the party’s initials, have decided to leave their membership and move to the group of ‘not attached’, promoting with it a change in the balance of forces of both consistories. The party leadership has demanded that the two councilors, without success, comply with the Ethical and Financial Charter that sign all the charges at the beginning of their mandate, in which they promise to return their minutes “if they cause the party to drop due to any reason. ”

In the case of Malaga, the one who has slammed the door to Citizens has been the mayor Juan Cassá, who last May announced his departure as a Citizen to join the group of ‘not attached’, with what remains in his hands or overthrow the government pact that the PP closed precisely with the two councilors that he achieved in the municipal Citizens. This agreement allowed the popular Francisco de la Torre to continue as mayor of the city. The case is twofold because Cassá has also passed group of ‘not attached’ to the Diputación de Málaga, where the majority will also depend on him. To strengthen his loyalty, the PP has appointed him spokesman for the Government team and responsible for Relations with Institutions, which has turned into the best paid position in the province, since to the salary of this organism it can add subsistence allowances to attend the Plenary sessions and the municipal commissions. In total, Cassá, according to calculations of the opposition, will receive an income of 90,000 euros to nual.

The outrageous operation has been considered a “scandal” from the national leadership of Ciudadanos, a party that, despite everything, continues to maintain both agreements with the PP. The doubts are in the role that the leader of Citizens in Andalusia, Juan Marín, is playing in all this history. Because while Madrid denounces that it is a clear case of fleeing, in the regional direction they do not seem to be so clear.

The other focus of rebellion is in Santa Cruz de Tenerife, where the until recently Councilor for Citizens, Evelyn Alonso, has also gone over to the group of ‘not attached’, from where she has just supported the motion of censure promoted by the Canary Coalition and the PP against the socialist mayor, Patricia Hernández. Thanks to her vote, the mayor’s office has now passed into the hands of José Manuel Bermúdez (CC).

Alonso’s behavior has led to her being expelled from Ciudadanos and that the party’s deputy secretary general, Carlos Cuadrado, charged her on her Twitter account, accusing her of being “a manual transgressor” and asking the parties promoting censorship to ” rectify “, something that has not been achieved.

This situation was already experienced by Albert Rivera much more intensely during the years in which Ciudadanos began its national expansion and managed to significantly increase its municipal representation. The old critical sector of the party came to encrypt the abandonments from 2015 to 2017 in more than 200 councilors of the 1,527 that the party achieved in those municipalities. As in the cases cited in Malága and Santa Cruz de Tenerife, most of those councilors who left the party or were expelled did not return the minutes and moved to the group of ‘not registered’.

Despite criticism of others, Ciudadanos has swelled its ranks with leaders of other parties. This is the case of the current Minister of Transport of the Community of Madrid, Ángel Garrido, who left the PP in 2019 – a formation with which he became President of the Community after the resignation of Cristina Cifuentes – after the leader of the Popular, Pablo Casado, chose Isabel Díaz Ayuso and not him as a candidate for the regional presidency. With the lists practically closed, he left for Ciudadanos, a party for which he is now a counselor in the Madrid government under the presidency of his former party partner.

Or that of Silvia Clemente, former president of the Cortes of Castilla y León, who was signed by Albert Rivera to try to get hold of the autonomous government in the last elections. The operation did not materialize when the pout that was hatched in those primaries that confronted the current vice president of the Board and leader of the critical sector, Francisco Igea, was discovered.

In 2016 Rivera himself denounced to the Monitoring Committee of the Anti-Transfuge Pact several councilors whom he had expelled from their ranks and to those who asked that they be declared “transferable” for having contravened the rules imposed by the party regarding post-electoral pacts. A year later, in April 2017, the then secretary general of the formation, José Manuel Villegas, again requested a meeting of the Anti-Transfugees Pact to try to prevent public officials who had abandoned the formation “from ending up benefiting other political formations” .

Now the situation begins to repeat itself in the Arrimadas stage. And in Ciudadanos the alarms have gone off. For this reason, on Monday of last week, the deputy spokesman, Edmundo Bal, announced at a press conference that he had sent a letter to the PSOE and the PP requesting an “urgent” meeting in order to reactivate the Anti-Transfugal Pact and address that issue as soon as possible. “scourge” that all parties have suffered.

“Transfugees are another form of corruption,” said Bal, who also said that in the midst of this harsh health and economic crisis, “it is time to give stability to governments,” not destabilize them.

As explained to this editorial party sources, the idea is that both the PSOE and the PP commit themselves to prevent a municipal group from “taking advantage” of this situation and promoting censorship motions with town councils to unseat conformed governments at the beginning of the legislature, as happened the other day in Tenerife. “Transfugees, in addition to being corruption, is a way of defrauding the citizens’ vote,” said Bal. The PSOE accepted the invitation immediately. However, the PP, just after receiving the letter, asked the Arrimadas party to postpone the meeting for a few days, at least until the Galician and Basque elections were held this Sunday.

Citizens did not like this delay very much but they assured that they trusted “the will” of those who are their government partners both in the city council and in the Community of Madrid, among other capitals. The new call has finally been closed for this Wednesday afternoon, in Congress. The PP, who comes reluctantly, will send the Secretary of Local Policy, Raquel González. The Socialists will be represented by Santos Cerdán, Secretary of Territorial Coordination. And Citizens for José María Espejo-Saavedra, secretary general of the parliamentary group, and the party’s deputy secretary general, Carlos Cuadrado.

Before this appointment, the Arrimadas party has announced that “regardless of the agreements reached next week, the commitment to end this type of behavior that corrupts our representation system must be fully in force and be assumed by the different formations, in such a way that we immediately prevent changes from taking place at the head of the mayoralties due to the performance of a fugitive “.

An Anti-Transfuge Pact without activity since 2010

The Anti-Transfuge Pact was signed in 1998 by the main formations existing at the time. It was renovated in 2000 and later in 2006.

However, their activity has been scarce, if not null. In fact, the Monitoring Commission, under the Ministry of Finance and Public Administrations, met for the last time in 2010. After the municipal elections of May 24, 2015, the PP government raised the need to “update” the agreement and expand it so that, if they so decided, the new parties would join: Podemos, Ciudadanos and Vox.