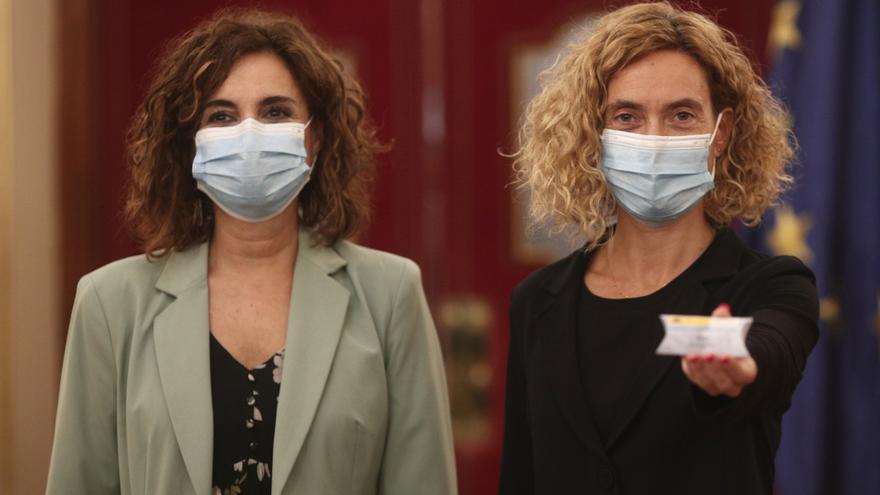 Spain is among the European Union countries with the most unequal distribution of income among households and the highest rates of poverty and social exclusion. The impact of the COVID19 crisis has been especially strong on our economy, aggravating the aforementioned problems and increasing the already high levels of unemployment. We dragged some especially restrictive budgets, the latest of antisocial austerity policies that cut practically all the social items.

For this reason, new budgets are absolutely essential to recover not only what has been set back, but also to help offset the serious damage caused by this new crisis derived from the pandemic. The mere fact that the repeated extensions of those budgets have ended has to be considered good news, which we hope will be confirmed.

Globally, there is undeniable progress in social concern reflected in this draft budget compared to the previous ones. The text itself indicates that “the social vocation of the PGE for 2021 translates into a considerable increase in social spending, which represents 59.9 percent of the total national PGE for 2021, increasing its amount by 6.2 percent. percent and reaching a 10.3 percent increase by incorporating 8,988 million euros of funds from the EU “.

But it can be anticipated that, in some aspects, the declarations of intent that are collected in the various books that make up the project are more voluntaristic than real.

Starting on the income side. It is known, and thus it is recognized, that Spain has a significant deficit in public revenue, both in absolute terms compared to our needs and as a percentage of GDP in relation to the average of European countries.

The text of the project says that “through these budgets, progress is made towards taxation in accordance with the times we live in, with the economic, technological and social reality, always under the inalienable principle of social justice. Spain is the sixth country with the least public income on the total GDP of the euro area, so it is necessary to progressively equate the existing taxation levels to the average of the countries in our closest environment, since there is a clear margin to improve collection. This is why the Government advocates a fair and progressive tax reform, so that those who have greater economic capacity contribute to a greater extent and protect the middle and working class, that is, so that each one contributes according to their ability and receives in depending on its need, while it is committed to the modernization of the Spanish tax system, with the aim that it continues to be an effective lever in the development of a State powerful and comprehensive wellness care. ” Next, the Project lists the principles that should govern the necessary tax reform, coinciding with the demands that have been made from the Platforms for Tax Justice.

But the reality is that the steps that are taken are clearly insufficient and extremely timid. This is relevant because not daring to collect more from those who do not pay what they owe has repercussions in fewer resources, greater financial deficit, growth in debt and a future growing debt burden to repay.

Surprising, for example, very limited scope of the review of tax benefits. The AIREF had recently published a study in which he showed the very wide existing margin to increase the collection simply by reviewing a good part of those benefits, for the most part regressive and inefficient. However, the draft budget barely partially revises the allowance for contributions to pension plans. This is one of those privileges that only medium and high income levels enjoy (the very low ones have enough to make ends meet to also try that savings) and that inefficiently premiums a certain placement of savings over other possible alternatives. Therefore, we must applaud the reduction, which could have been total without any problem. Above all, it should have been applied to many other existing tax credits.

Little progress is being made in other necessary demands, such as substantially increasing the allocations in favor of the Tax Agency and the Labor Inspection, in coherence with the project presented for the fight against tax fraud.

Nor is there any progress in equalizing the pressure borne by capital income (especially financial income) with respect to income from work. In the budget debate, the desire to study a certain tax harmonization between the different Autonomous Communities has re-emerged. The downward competition of some regional governments is leading to the property and inheritance and donation taxes being distorted, increasing the tax privilege of high net worth.

The issue is not new because we have been complaining for years from various Communities that see the richest taxpayers relocate to those internal “tax havens”, with notable losses in collection. Montoro experts already advised that some measure of homogenization be taken.

It is highly recommended that minimums of taxation be set for the entire State. It can be an occasion to raise the exempt minimums, in such a way that the progressivity of these taxes is underlined. If it is always advisable, in these times of crisis, more than ever, it is obliged to arbitrate solidarity taxes from the luckiest with respect to those who are suffering from serious situations of need.

We are making progress, but it is necessary to be more ambitious in the way of tax justice.