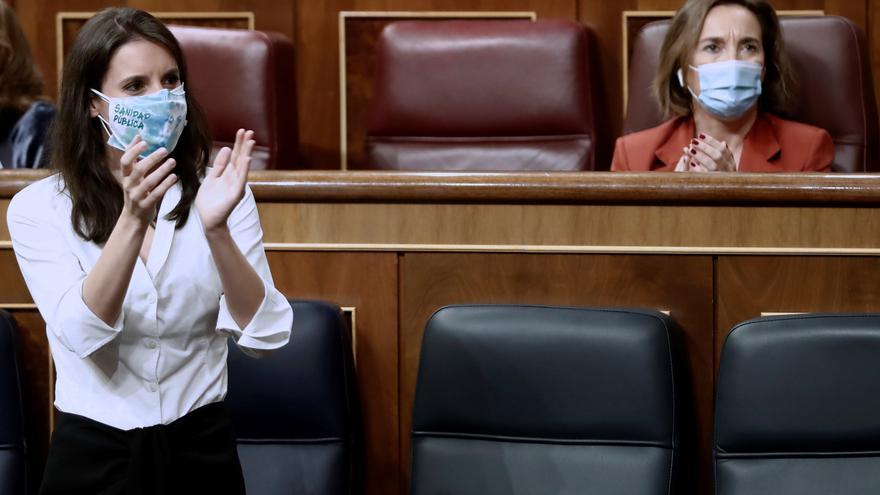 The Fiscal Council has unanimously supported the Organic Law for the Guarantee of Sexual Freedom, known as the “only yes is yes” law, one of the main projects of the ministry led by Irene Montero. Fiscal sources have informed EFE that the Council has endorsed ending the distinction between assault and sexual abuse, and that all sexual violence be considered assault, one of the major changes in the rule.

The agency, one of the advisory bodies through which laws must pass, has issued its corresponding report after studying the text, on which it has proposed a slight nuance in the definition of consent which is proposed to be incorporated into the Penal Code. The current wording understands that “there will be no” consent when the victim “has not freely manifested by conclusive and unequivocal external acts, according to the concurrent circumstances, his express will to participate in the act”.

The Fiscal Council suggests modifying this part in the positive to introduce the phrase “consent will only be understood to exist when the victim freely expresses his will by external, conclusive and unequivocal acts”.

The objective of the criminal part of the norm, which has undergone changes after objections and contributions from associations and other ministries, is to adapt to the Istanbul Convention, which requires that the regulation of sexual crimes be based on consent and not to other elements. Currently, for sexual assault to occur, violence and intimidation are required, while if these requirements are not met, the act is considered abuse. The new law ends with this difference, so that any act without consent will be considered sexual assault.

According to Cadena Ser, the definition of consent has generated doubts in the General Council of the Judiciary (CGPJ), another of the advisory bodies. However, the final report has not yet been made public.

Together with the reforms of the Penal Code, the norm inaugurates a comprehensive framework of prevention, care and reparation measures for victims. It does so in the style of the system that already exists for women who suffer gender violence within their partner or ex-partner, and its objective is that socially, legally and legislatively, sexual violence is considered a form of sexist violence. Some of the reforms include specialized training for all agents involved in these procedures or the implementation of 24-hour so-called ‘crisis centers’ to assist victims regardless of whether they report it or not.