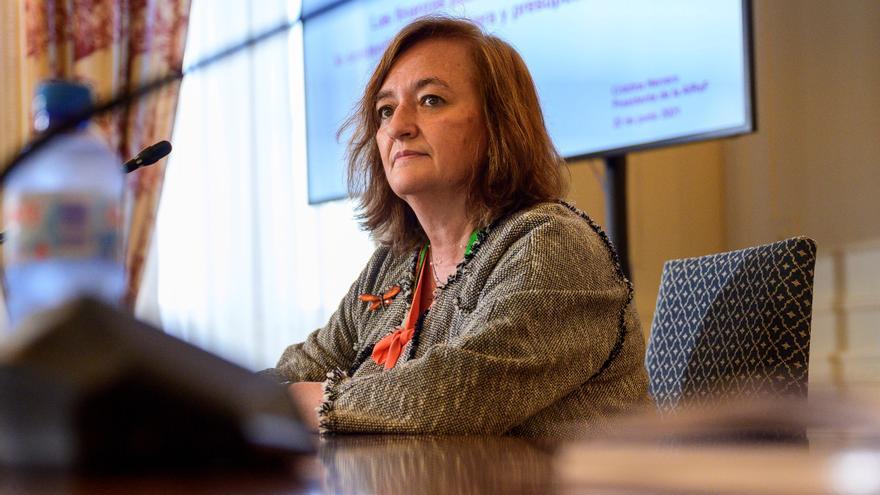 The Independent Authority for Fiscal Responsibility (Airef) issued a warning on Thursday to the Ministry of Finance, the Ministry of Economic Affairs and the National Institute of Statistics for not complying with the recommendations it had set for them in the third quarter of this year. These were aimed at establishing a fiscal policy in the medium term and improving the calendar for the publication of statistics on the evolution of the national economy.

“They have chosen not to comply with these recommendations and explain as reasons for departing from their compliance, either that it is not the right time to implement them, or that they are unnecessary, or that compliance is not possible,” says the Airef in a statement, where it follows up on these requests to the public sector. Specifically, there are seven recommendations, five of them to the Ministry of Finance, another to the Ministry of Economic Affairs and a last to the INE.

With regard to the Ministry of Finance, Airef recommended that the Government establish a long-term fiscal strategy that guarantees “in a realistic and credible way the financial sustainability of the Public Administrations.” The Fiscal Authority assures that the Treasury has excused itself, noting that the optimal circumstances for its preparation do not exist, since it is necessary to previously determine the damages of the pandemic and reduce uncertainty. Airef considers that the update of the stability program set by the Government is an “incomplete approximation to the fiscal strategy” both due to its “insufficient” time horizon and because it does not include concrete proposals on the fiscal path of expenses and income derived from the Plan of Recovery.

Thus, Airef considers it “necessary” for the Government to carry out a complete fiscal strategy with long-term objectives and means, at the same time that it includes “actions and fiscal margins to achieve them.” The public accounts supervisory body clarifies that this planning “does not have to mean the adoption of cuts at the current moment, but rather to provide the means for a gradual consolidation as the recovery takes hold.” With this, it is ensured that it transmits “certainty” to economic agents.

Regarding the INE, Airef recommended adapting the calendars for the publication of statistics such as the Quarterly National Accounts or the Non-Financial Accounts of Institutional Sectors to the national and European calendars. The INE has responded that the calendar already complies with the principles of coherence and comparability. The Airef considers, however, that “everything possible” should be done so that the General State Budgets include the most up-to-date information possible at the time of their approval to avoid losing their validity shortly after being approved. “It would be desirable, at least, to study channels to communicate the information that is elaborated,” he assured. This Airef proposal coincides with the revision carried out by the INE of the GDP evolution data and that reduced the evolution of the economy with respect to what had been reflected in the Budget project.

Finally, Airef recommended that Finance and Economic Affairs incorporate more information on budgetary and fiscal measures in the macroeconomic scenario in order to increase the rigor of the guarantee process. “They both moved away from following this recommendation,” says the supervisory body. “Airef considers the information provided to be insufficient, mainly at a time when large-scale investment projects are being planned, likely to have a high impact on economic growth and reforms in nuclear areas such as pensions, labor or tax,” he underlines .