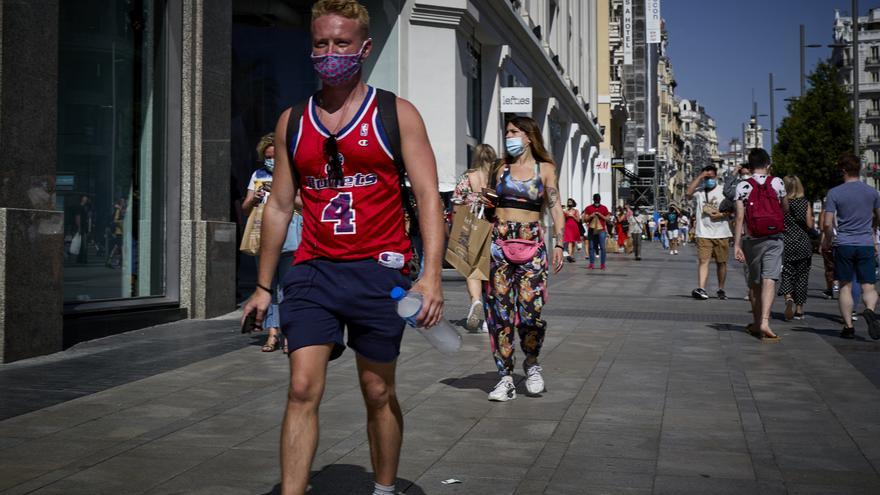 The first weekend of summer will leave an occasional storm in the Cantabrian Mountains, Galicia and the Pyrenees, and stable weather in the rest of the country, with temperatures typical of the season that will generally be above 30 degrees and even 35 in the Guadalquivir and upper Ebro.

During this Friday and Saturday a dry and stable weather in much of the country, has advanced Rubén Del Campo, spokesman for the State Meteorological Agency (Aemet), who details that on Sunday, a “not very active” cold front will affect the north of the peninsula with rains and showers in the Cantabrian area, north of the Iberian system and Pyrenees, accompanied by storms in the afternoon.

Regarding temperatures, Del Campo has specified that “they will rise clearly during Friday and Saturday”, reaching values ​​more appropriate for this time of year: between 30 degrees and 35 degrees in points of the interior and in a timely manner, 36-37 degrees in areas of the Guadalquivir valley. By provincial capitals, this Friday, Seville and Córdoba will reach the maximum with 37 degrees, followed by Ciudad Real, Jaén and Badajoz with 35 degrees and Albacete, Almería, Cáceres, Cuenca, Guadalajara, Huelva, Madrid, Toledo, Salamanca, Valladolid, Ourense, Murcia and Zamora with values ​​between 30 and 34 degrees.

The nights will start to get very hot: these are the so-called ‘tropical nights’ (temperatures above 20 degrees), especially in Cádiz and Seville where the thermometers will read 22 and 20 23 degrees Celsius, respectively.

On Saturday dry and stable weather will persist in much of the country, except in the north and parts of the west, where instability will begin at night; the maximums will go down in Galicia to climb in the eastern half of the peninsula and the interior of the Canaries, with values ​​higher than 34 degrees in the Guadalquivir; the minimum will rise in the interior of the peninsula and in the middle of the Canary Islands.

During this journey, Córdoba and Seville will once again register 37 degrees and in 7 capitals -Albacete, Badajoz, Cáceres, Ciudad Real, Granada, Murcia and Zaragoza- between 33 and 36 degrees will be reached, the Aemet spokesperson has detailed; at night, Alicante, Almería, Barcelona, ​​Cádiz, Jaén and Seville will have tropical nights.

For the Sunday, the irruption of the cold front will leave rains and showers in the Cantabrian area, north of the Iberian system and also in the Pyrenees, accompanied by storms during the afternoon, and with temperatures that will experience increases in the southeast of the peninsula and the Balearic Islands, and decreases in the rest of the country, notably the northwest and upper Ebro. That day is not expected so hot and so Seville and Córdoba will mark 34 degrees, a maximum somewhat lower than previous days, while in Badajoz and Ciudad Real the thermometers will mark 29 and 31 degrees respectively; in Madrid, Alicante, Valencia and Guadalajara, among others, they will not exceed 30 degrees.

Starting next week, especially Monday and Tuesday, the ‘churning’ weather will remain in the north of the country with weak rains, wind from the west and with thermal values ​​lower than normal, said Rubén Del Campo. However, from Wednesday the atmospheric situation will change to settle in general, a more stable weather accompanied by a generalized increase in temperatures, and with values ​​of the season that on Thursday will throw 34 degrees in the southern half and interior of the peninsula and in the middle Ebro.

Faced with this situation, the Aemet recalls that high temperatures favor the risk of forest fires throughout Spain and warns that for this weekend, especially Saturday, it is “extreme or very high” in all parts of the Community of Madrid, both Castiles, Andalusia Extremadura and the Mediterranean area for which he recommends increasing precautions.