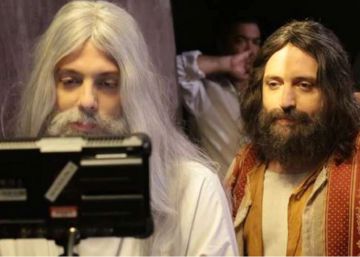 The Brazilian Supreme Court has agreed with Netflix to cancel the court order asking to withdraw from the online video platform the comedy The first temptation of Christ, from the Porta dos Fundos production company. The company sent a complaint to the Brazilian Supreme Court on Thursday against the ruling of Judge Benedict Abicair of the Court of Justice of Rio de Janeiro. The complaint was addressed by the president of the Supreme, Antonio Dias Toffoli. Netflix argued that the measure imposed “constitutional restrictions on freedom of expression, creation and artistic development”, thus violating resolutions of the Supreme itself that ensure the right to free artistic expression.

“We strongly support artistic expression and we will fight to defend this important principle, which is the heart of great stories,” said the spokesman for Netflix. Dias Toffoli resolved that “under of the above, and without prejudice to a new appreciation of the subject by the rapporteur, I grant the provisional preliminary measure to suspend the effects of the resolutions issued. ”

In The first temptation of Christ, a humorous special that Netflix broadcasts since December 3, the producer Porta dos Fundos shows the figure of Jesus Christ and hints that he was homosexual. The work caused controversy and aroused the anger of some religious sectors. A petition from the Centro Bos Bosco de Fe e Cultura Association had already been dismissed in the first instance. However, after the appeal filed in the second instance, Judge Benedict Abicair, of the sixth civil court in Rio de Janeiro, he finally granted the provisional measure that ordered Netflix to withdraw production from its catalog until the court met and made a final decision, scheduled only after the break.

In his resolution, Abicair argued that “the right to freedom of expression, press and art is not absolute.” He also said that “social networks are uncontrollable,” that everyone can enter the online video platform, “even minors” and that “the title of artistic production does not reflect the reality of what is reproduced.” And he concluded in the following way: “I consider, therefore, more adequate and beneficial, not only for the Christian community, but for the Brazilian society, mostly Christian, until the substance of the appeal is judged, resort to caution to calm the mood, so I grant a provisional preliminary measure as requested. ”

The discomfort caused by comedy in conservative and ultraconservative sectors in Brazil was such that, at dawn on December 24, a group of men threw Molotov cocktails at the headquarters of the producer, in Rio de Janeiro. No one was injured. That same week, several hooded men released a video on YouTube assuming the responsibility of the attack and identifying themselves with the integralism, Catholic movement and fascist orientation that emerged in the 1930s in Brazil. Days later, the Civil Police pointed to economist and businessman Eduardo Fauzi as the main suspect. Fauzi remains unaccounted for since December 31, when the Rio Police tried to comply with the arrest warrant issued by Justice against him. According to the Police, the businessman fled to Russia on December 29. On Wednesday, the Federal Police included the economist’s name on the Interpol list.

Iván Ferreiro: “This is a very hard blow for the music industry”