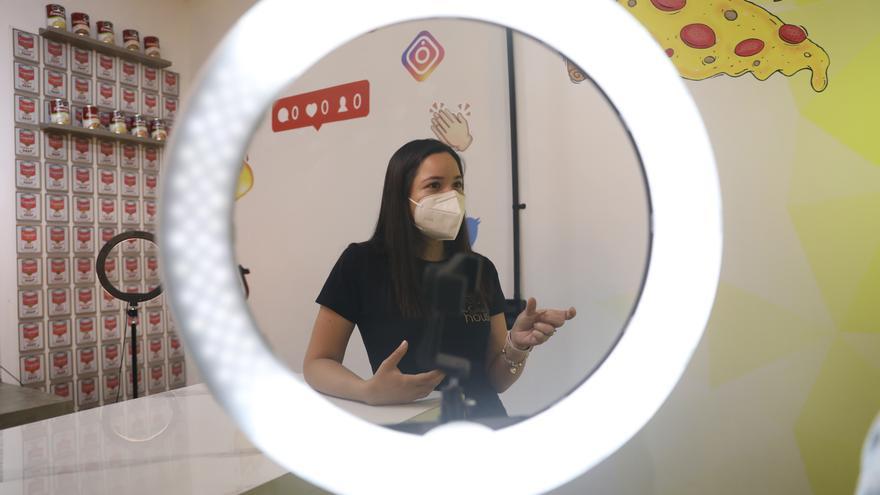 Mexico City, May 9 (EFE) .- A boxing ring, a room with sofas perfect for interviews, an optical illusion, a room with neon lights or a sunny terrace are just some of the options that lovers of selfies, ” tiktokers “and” influencers “can be found in the first space in Mexico designed with the purpose of welcoming those who want to create content.

Under the motto “we put the house, you put the stories”, The Selfie House, located in the quiet neighborhood of Narvarte, in Mexico City, invites both people who work in networks and fans or anyone interested to take photos in the many corners of this house that has diverse settings in each corner.

The idea of ​​”selfie studio” arose in Asia, the queen region of tiktok, the application of short videos that grew exponentially during the pandemic and which was joined by millions of people, including many Mexicans, so young that they reached enormous numbers of followers as adults with abilities of all kinds or celebrities.

However, this establishment format had not yet reached Mexico, and it was not until the beginning of April that, after some time meditating on it and putting all the details in place, he opened The Selfie House.

Ale Trejos, a Mexican who was unemployed during her quarantine, had the idea with three other partners after discovering the concept and they soon realized that it was time to take it to their country.

“I was left without a job, we started looking for other areas of opportunity and it was like ‘hey look at that is super cool’. We saw it on a social network, we saw that it was super strong in Asia and we continued investigating. We discussed the idea with our partners and they said yes, so we landed everything, we did a study on what we needed and we started, “Trejo told Efe.

However, in this research and planning, during the search for the ideal space, they realized that the concept of a warehouse in which there are sections with scenarios – the usual one in Asia and which has been spreading throughout many countries – did not match what that they wanted to convey.

“When we started to see this concept we saw that they were all a large rectangular space divided into rooms where you go in and out to another. We said ‘let’s make it a little more open’. Here you are in a space but not for you to have an experience like the one of the exhibitions “, related the young person.

For this reason, they decided that The Selfie House occupy a house in which “all you see is a space to create”, an opportunity to generate content and create.

In this way, clients can be upstairs and go downstairs or move to another room, for example, if the clothes they wear are better in another setting.

“We wanted to break with the concept of the traditional ‘selfie studio’, and traditional I speak of the little that it carries,” Trejos specified.

The idea, he explained, is to be “self-service”: the customer arrives, inspects the area, and places his mobile phone in the light rings available throughout the house.

Then he decides if he takes the photo himself, if one of his friends takes it or if he uses the service offered by the company of hiring a professional photographer from The Selfie House.

During the month that the open house has been running, they have received curious people as clients, but also “influencers” with whom they collaborate, mainly very young people and very involved in social networks.

And thanks to them they have even discovered uses in which they had not thought about when planning this project, such as renting one of the stages for interviews, videos or capsules by the hour, so they are getting carried away and innovating with this concept. It seems that he came to Mexico to stay.