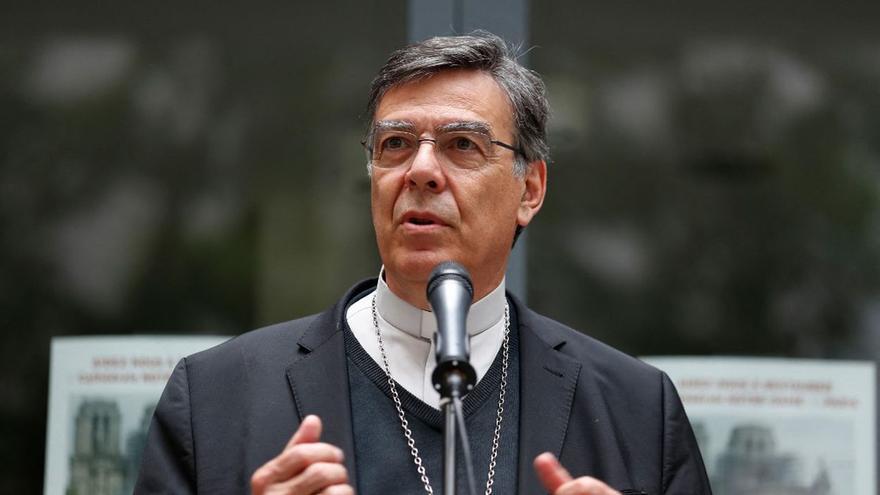 “For an affair with a woman, an archbishop resigns in three days. And for crimes committed against children, no bishop has resigned in France.” Theologian Anne Soupa, who a year ago ran to succeed Cardinal Barbarin in the diocese of Lyon, voices the indignation of much of French society at the scandals that have recently shaken the Church in the country. Thus, after the publication of the Sauvé report, which points to the existence of 330,000 cases of abuse of minors in Catholic environments in the last 80 years, has been joined by the resignation of the Archbishop of Paris, Michel Aupetit, after a publication brought to light an “ambiguous” relationship ( as he himself has defined it) with a woman. Aupetit has taken hours to make his position available to Pope Francis, who has not yet decided whether to accept it or not.

A new Novell case in the French Church? Apparently it doesn’t have much to do with it. As published Le PointIn the spring of 2012, the 70-year-old French primate sent an email to his secretary, which was addressed to another woman. In it, the existence of an “intimate relationship” of the prelate was revealed. Apparently, Aupetit himself, after breaking the “ambiguous relationship” had informed the leadership of the French Church and the Pope’s nuncio in Paris, that they ordered an investigation. Nothing was made public, and Aupetit continued in his post, which allows us to deduce that the prelate was acquitted of any canonical crime (the relationship, if any, was consensual, and he had no legal objection).

After the publication of Le Point, Aupetit explained his situation. “When I was vicar general, a woman manifested before me several times with visits and letters, to the point that at times I had to put distance between us.” The archbishop today acknowledged that his behavior “may have been ambiguous”, suggesting “the existence between us of an intimate relationship and sexual relations, something that I strongly deny.”

“It was not a love or sexual relationship, but rather an ambiguous behavior with a person,” he added in statements to La Croix, pointing out that he put his position at the disposal of the Pope to “avoid division” in the Church in the face of the scandal. A resignation criticized by some sectors of the French Church, who accuse the clergy of double standards for not doing the same in the case of sexual abuse. In fact, associations of victims of abuse in France urged the country’s bishops to resign in full after the publication of the Sauvé report.

For the theologian Anne Soupa, on the other hand, the problem is generated by the fear of sex in the ecclesiastical institution. “Celibacy is a martyrdom for some priests,” said the theologian, insisting that “polls show that Catholics are in favor of optional celibacy for priests.”

But, fundamentally, the ‘Aupetit case’ reveals “a disproportion that bothers me a lot.” “An ‘aggiornamento’ in the Church is essential, new blood is needed,” proposes the theologian, who admits that Pope Francis “has difficulties” in modifying the celibate norm. “There is a very rigid current of cardinals and bishops attached to moral issues and who block developments on this issue,” he concluded. In this, as in other things, Bergoglio has the last word.