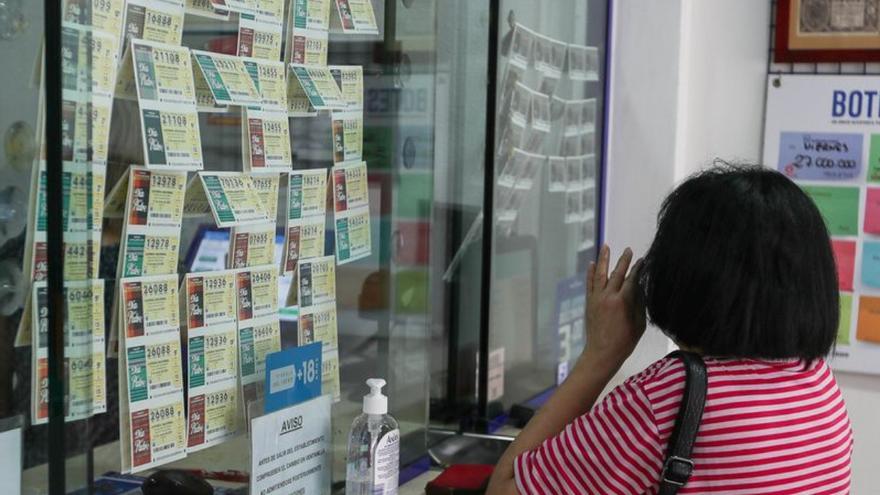 Greek mythology labeled the Canary Islands as the Fortunate Islands or the Blessed Islands, alluding to the fact that the legend located the Archipelago in a place where everything grew by action of nature itself. The draw for the National lottery, held this Saturday, July 24, distributed the first prize in two parts of the Canary Islands, as reported State Lotteries and Gambling.

Specifically, it has been on Calle San Fernando, in Casas Nuevas, in the Gran Canaria municipality of Telde. And on the other hand, on Avenida Saladar, in the Majorero municipality of Pajara.

Both administrations sold the 08270, which has gone to the first prize of the draw and is valued at 600,000 euros to the number.

On the other hand, the second prize was less distributed. It corresponded to 37062, the number that was dispatched in L’Ollería -Valencia- and in Burgos.

If after checking your ticket you have no luck, you can try again on Saturday, July 24, since Loterías y Apuestas del Estado also celebrates the Bonoloto raffle.

The Bonoloto Draw is held every day of the week, except Sunday. The ticket is made up of 8 columns, each of which numbered from 1 to 49. In each draw, 6 balls are drawn from the main drum and one more ball from a second drum that corresponds to the refund.

The Bonoloto allows you to play by single or multiple bet. In the first case, each bettor must fill in as many columns as he wants to make. In each one of them he will fill in 6 numbers. In the case of the multiple bet, only one column number is marked and depending on the number of bets that you want to play, a different number of numbers will be selected from one of the following possible:

How much does it cost to play?

The amount of each bet is 0.50 euros. The minimum amount of the full ticket is 1 euro, therefore: If your ticket participates in a single draw, it must include at least 2 bets (50 cents x 2 bets x 1 draw = 1 euro). If your ticket participates in two or more draws (weekly draw), it can include from 1 single bet (50 cents x 1 bet x 2 draws = 1 euro)

In BonoLoto 55% of the proceeds are allocated to prizes, distributed among the following prize categories:

1st Category: if all 6 numbers of the winning combination are matched.

2nd Category: if 5 numbers of the winning combination are matched plus the draw corresponding to the complementary number *

3rd Category: if 5 numbers of the winning combination are matched

4th Category: if 4 numbers of the winning combination are matched

5th Category: if 3 numbers of the winning combination are matched

Refund: if the number allocated to this prize matches that of your ticket and will refer to the total amount of bets in which you have participated.

Weekly Giveaway: the refund for the subscription mode or weekly draw will be drawn every day, assigning the prize corresponding to the value of the daily bet.

Daily Giveaway: the refund for the daily participation modality will be determined by the winning digit of the draw on the day of participation.