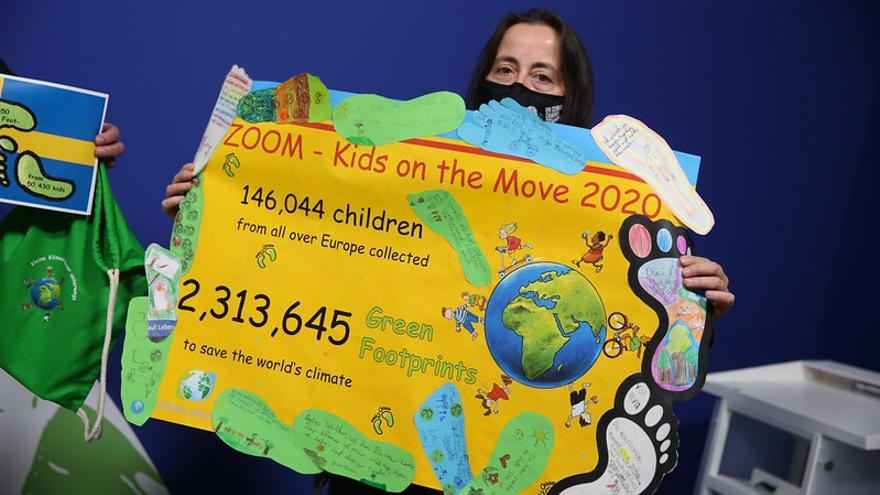 The first working document of this climate summit in Glasgow includes the “urgency” to take action to keep the limit of global warming at 1.5ºC within reach and calls this decade from 2020 to 2030 as “critical” to comply with the Paris Agreement. However, this index of “possible elements” to include in the final declaration does not mention CO2 emission cuts or fossil fuels.

This approximation shows what points have emerged in the negotiations. There it is said that the scientific reports of the International Panel of Experts of the UN, the IPCC, are “welcomed” and that “greater ambition in light of science is necessary to close the gaps” that, today today, they would make it impossible to reach the goals set in Paris in 2015.

But, despite pointing out that more ambition and more action are needed, this list does not have specific references to the need to undertake extra cuts in greenhouse gas emissions, nor does it talk about oil, gas, coal or the rest of the fossil fuels. Its use is the main cause of this greenhouse effect in the atmosphere that results in the alteration of the climate.

“That the first draft is so weak does not bode well”, they analyze in Greenpeace. The organization believes that, normally, in the first phases more ambitious versions appear that later, when polished, are nuanced. “It is very worrying that it is already so weak,” said Greenpeace International Director Jennifer Morgan. “To keep 1.5ºC alive, you have to eliminate fossil fuels.” The UN has already ruled, just before COP26, that the plans of the main producers are to increase the production of gas, oil and, some, coal by 2030.

Even so, in this first contact, issues such as the “acceleration” of climate actions before 2030, the need for the combined effect of climate change to be reviewed every year. climate plans submitted by the countries (which now predict a warming of 2.7ºC) and recognize, precisely, that there is a gap between those plans and the objective set by themselves to limit global warming.

“It is a vague language”, oppose the activists who point to the delegations of Brazil, Australia and Saudi Arabia as the main blockers. In addition, they underline that this conference in Europe is crucial because the next two will be hosted by Egypt and the United Arab Emirates.

However, the president of the COP, Alok Sharma, commented again this Monday: “My priority now is the pace” of the talks. “There has to be a sense of urgency in the negotiations,” he added. “We want to forge an agreement that means more action during this decade to help keep that 1.5ºC limit within reach. Sharma has already appointed his chosen ones to try to facilitate dialogue between parties (the Vice President of Ecological Transition, Teresa Ribera, will do that role in climate change adaptation issues).

In the first draft of declarations, the parties have remained to show “great concern” about the delay in financing for vulnerable countries, in theory, already committed years ago: 100,000 million euros per year that “has not yet been reached” . At this time, it is considered that “it is urgent to increase financing to the levels necessary to support impoverished countries in their implementation of the necessary measures to stop warming.”

What is said is certain obviousness. “Adaptation is of vital importance [al cambio climático] in light of the rise in temperatures. “It is still the recognition that the impacts of the crisis are already being noticed. But, this section repeats a bit the green criticism of inconcretion by simply appearing” a commitment to take more shares “.