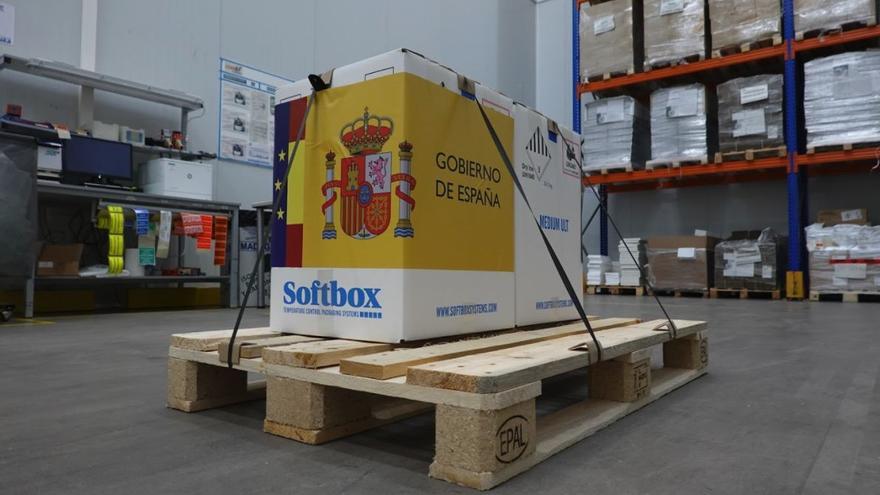 The first doses of the vaccine against COVID-19 developed by Pfizer-BioNTech are already in Spain. After being approved by the European Medicines Agency, the serums have arrived this Saturday first thing in the morning in Guadalajara, in Castilla-La Mancha, from where they will be distributed to the rest of the country so that this Sunday they can begin to be administered in centers around the territory. After a trip that began on Wednesday in Belgium at the Puurs plant, the technicians of the Spanish Agency for Medicines and Health Products have signed the receipt of this first delivery that will serve to start the vaccination campaign.

This Sunday, December 27, vaccination begins in the European Union in a coordinated and agreed strategy among the member states. In this way, the centers included in the Vaccination Strategy against Covid in Spain will prioritize four population groups: residents and staff of nursing homes for the elderly and people with disabilities, health personnel who work on the front line, other health personnel and partners health and large non-institutionalized dependents.

Thus, every Monday 350,000 doses will be distributed to the communities. As announced last week by the Minister of Health, Salvador Illa, Spain will receive 4,591,275 doses of this serum in the next 12 weeks, with which 2,295,638 people will be immunized, as it is a vaccine that requires a double dose .